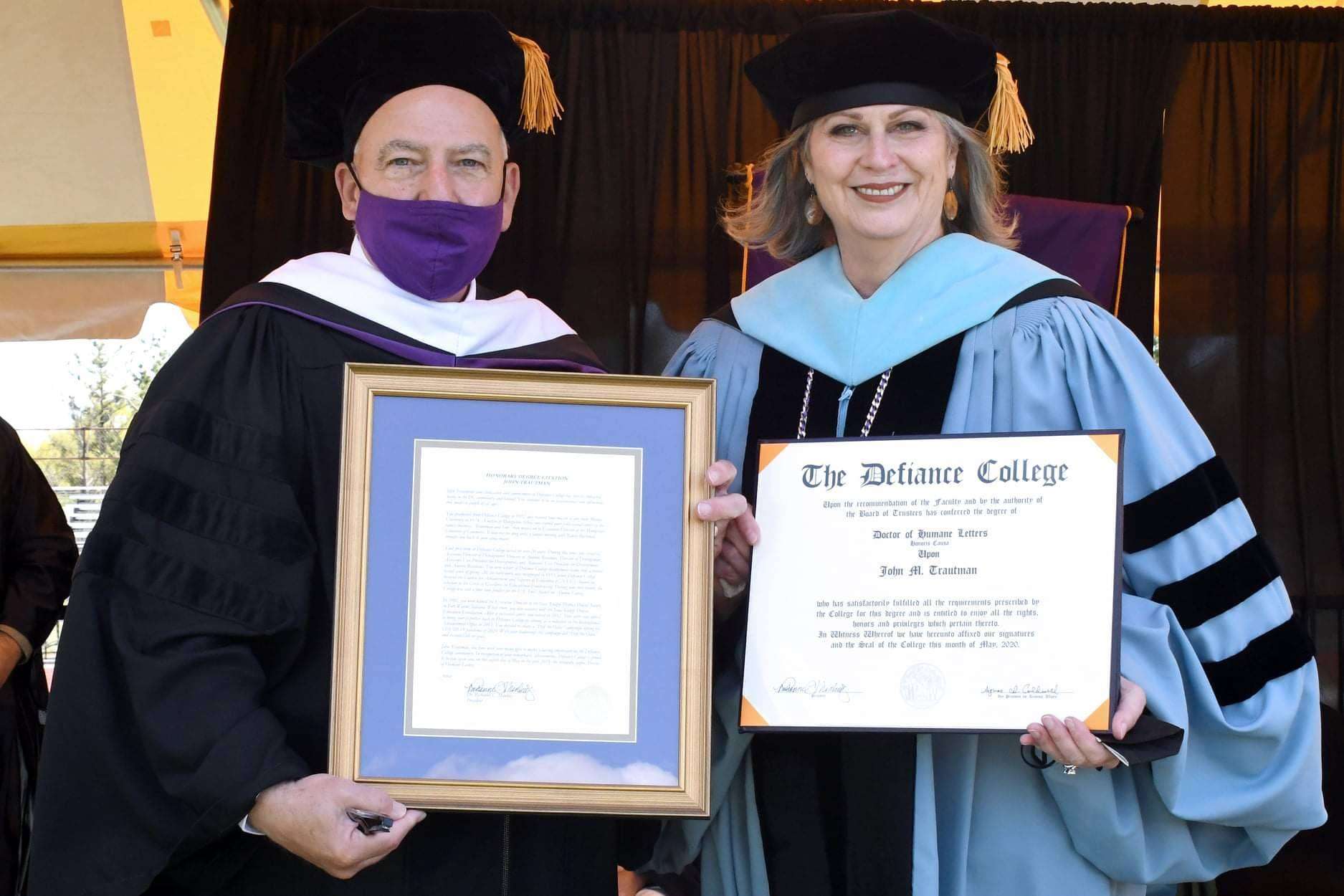 HONORARY DEGREE … John Trautman a 1972 graduate of Defiance College and resident of Bryan, OH was recognized as the 2021 Silver Pilgrim Medal recipient during DC’s commencement ceremony on May 8. The Pilgrim Medal is the highest honor awarded by the College and recognizes specific traits in awardees: reliance in self, pride in work, courage in conscience, strength in education, and faith in God. Additionally, John was awarded an honorary doctorate – the first in DC history to receive both of the college’s highest honors at one ceremony. Shown above, Defiance College President Richanne Mankey (R) presents John Trautman an honorary degree, Doctor of Humane Letters, at Commencement Ceremonies on May 8th, 2021.