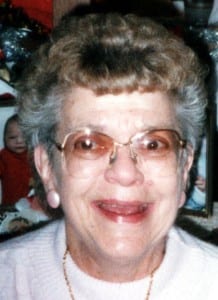 Carolyn Lee Sanders, 80, a lifelong resident of Montpelier died Friday afternoon at the Community Hospital and Wellness Center in Bryan. She was born on April 20, 1932 in Montpelier to Paul Henry and Faye (Cramer) Snyder. Carolyn graduated from Montpelier High School in 1950.

Visitation for Carolyn will be Tuesday, January 29th from 1-5:30pm at the Wilson Geesey Funeral Home in Montpelier. Services will follow at 5:30pm at the funeral home with Pastor John Rumple to officiate. Interment will be at a later date at Riverside Cemetery in Montpelier. Donations may be made to AARP: Drive to End Hunger. Online condolences can be made at www.wilsongeeseyfuneralhome.com