STRYKER – The Fulton County Humane Society received a late-Christmas gift from the staff at the Corrections Center of Northwest Ohio on Tuesday.

Throughout the year the jail conducts special fundraising events for the employees to raise money for a charity which is selected by the staff.

A donation of $3,110 in memory of a late co-worker, Katie Crist, was presented to FCHS’s Steve Wanner at the local jail. CCNO Officer Rhonda Gerken and Commander Beth Miller provided the employees’ gift to the humane society.

Katie Crist had been a Corrections Officer at CCNO for over 13 years at the time of her passing in early 2020. Her co-workers chose to honor her by selecting the Fulton County Humane Society as the charity recipient for the year because of Katie’s love of animals. 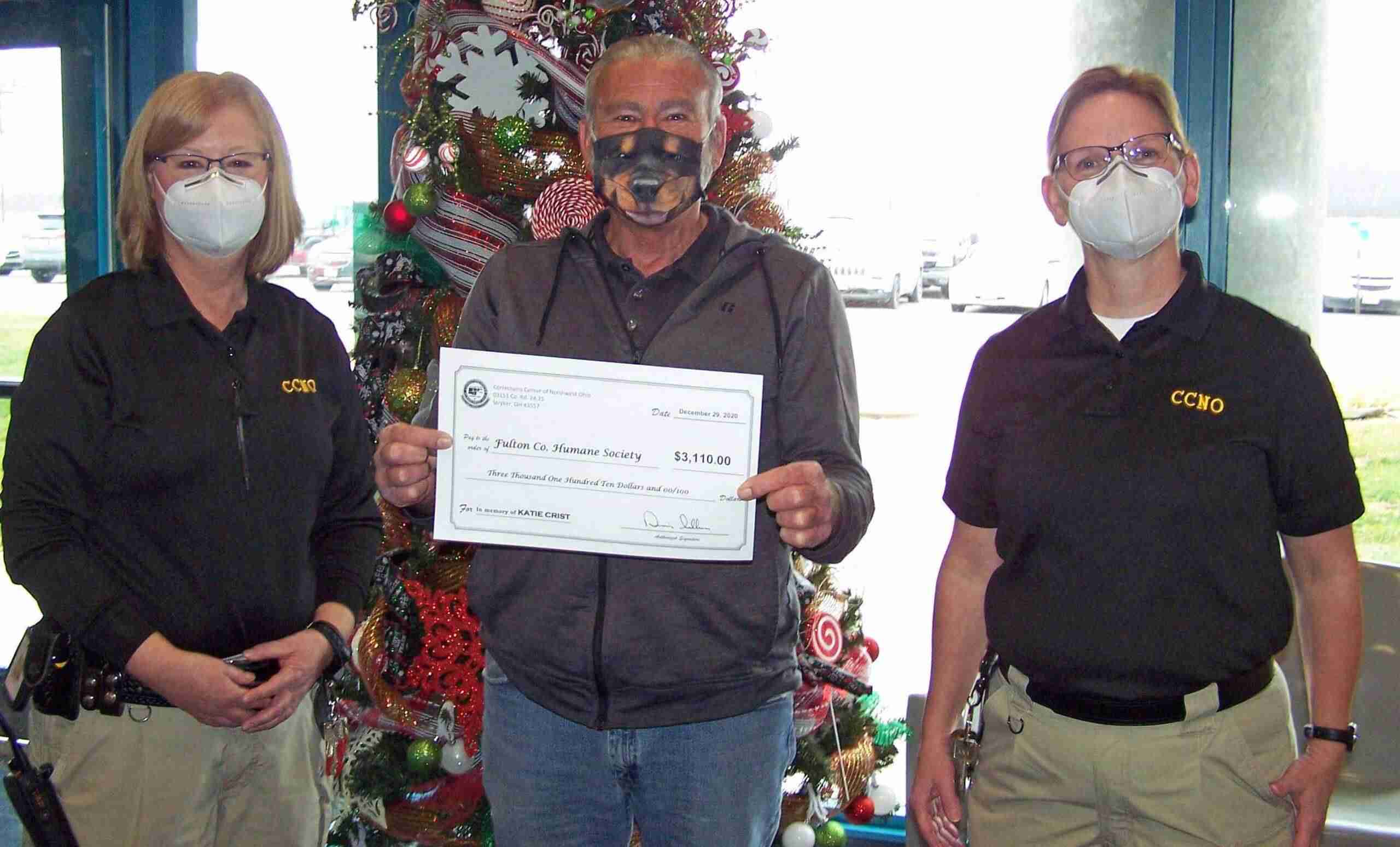