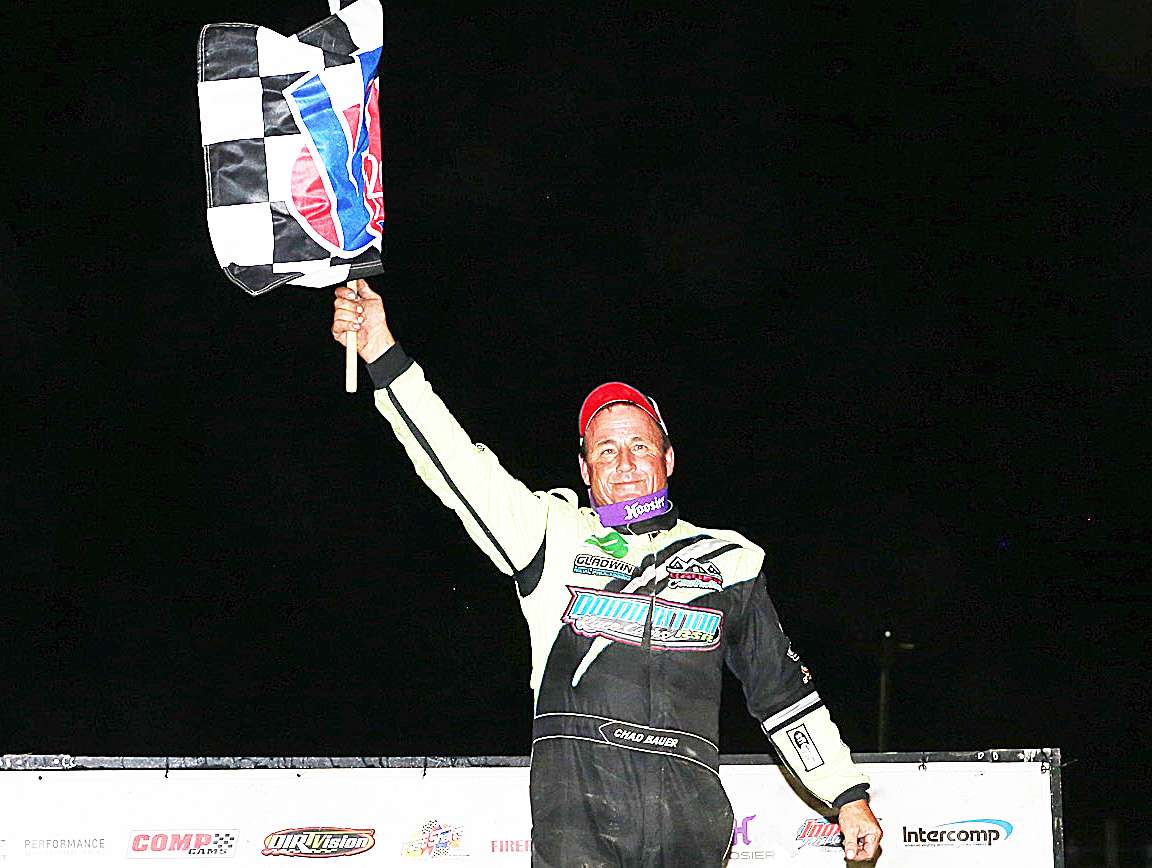 The Farwell, MI-native scored his first victory with the tour Saturday night at Oakshade Raceway, taking the lead from polesitter Dylan Woodling on Lap 2 and holding off the field the rest of the way to etch his name into the Summit Modified history books.

“It feels great to finally get one, for sure,” Bauer said.

He redrew the outside pole for the Feature and wasted no time in his pursuit of the lead, sneaking by Woodling on the bottom of Turns 1-2 after completing the opening circuit.

From there, Bauer played defense, battling through restart-after-restart to keep the lead.

“I wanted to try to get the lead early because I knew it was going to be tough to get by,” Bauer said. “[Woodling] just kinda slid up a little bit and I got under him, and that was it.”

In the final laps, Bauer met a worthy opponent in Brian Ruhlman, who came soaring through the field on the bottom and even threw a pair of slide jobs at Bauer to try and take the spot.

“I was worried about him,” Bauer said. “He got in there and slid up, and it allowed me to get back under him again. I tried to hold it down a little bit more to keep him from doing it again, and it worked out.”

In the end, Bauer was able to outdrive Ruhlman’s efforts and pick up the $1,500 payday.

Oakshade Raceway returns to action Saturday, July 23, with another full night of racing action with Late Models, Sportsman, Dominator Super Stocks and Compacts. Gates open at 4 p.m., with hot laps at 6 and racing at 7.