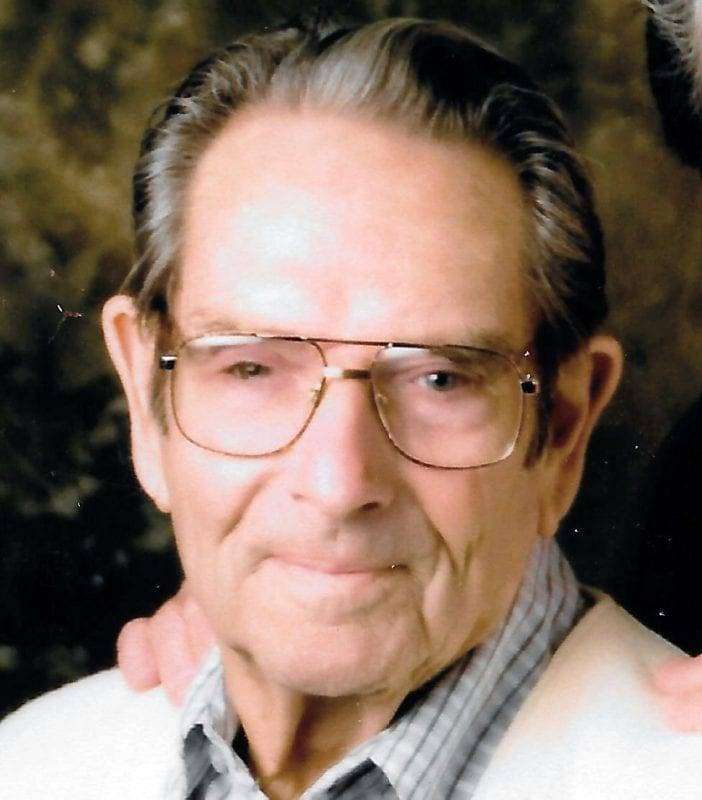 Charles Richard “Dick” Harrington, 92 years, of Bryan, passed away Friday, June 30, 2017 at Community Health Professionals Inpatient Hospice, Defiance, with his children by his side.

Dick was born March 2, 1925 in Bryan, the son of the late Donald and Thelma (Byers) Harrington.

He was a 1943 graduate of Bryan High School. Dick enlisted in the United States Army, a member of the 725th Engineering Battalion, serving in France and Okinawa, being discharged in 1946. He married Ila L. Zigler on November 10, 1950 in Montpelier, and she preceded him in death on April 22, 2015.

Dick was the owner of the former Harrington Body Shop for 38 years, retiring in 1985. He was a member of the Bryan VFW Post 2489, where he was a Past Post Commander, the Bryan American Legion Post 284 and the Independent Garage Operators Association. He was a former member of the Bryan Moose Lodge 1064, and a member of Wesley United Methodist Church. Dick had a love for classic cars, always seeking gems to purchase, refurbish and later sell. He always attended the Auburn Cord Duesenberg Festival in Auburn buying and selling cars for 25 years. He also loved to fish at his cottage at Lake Diane. Ila and Dick enjoyed traveling, taking many trips. He truly cherished the time he spent with his family, especially his grandchildren and great-grandchildren.

Those planning an expression of sympathy are asked to consider memorial donations be given to Community Health Professionals Inpatient Hospice Center, 6825 State Route 66 North, Defiance, Ohio 43512.

You can send your condolences or share your memories with the family by visiting Dick’s obituary page at www.oberlinturnbull.com