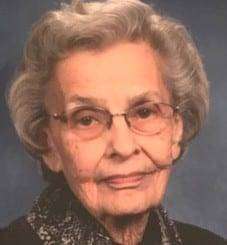 A resident of the Wauseon area for many years, she was a homemaker and was the bookkeeper for Frey Construction Co.  She enjoyed cooking, baking and making a quilt for each child and grandchild among many others.  She was a faithful member of the West Clinton Mennonite Church near Pettisville where she was active in the sewing circle.