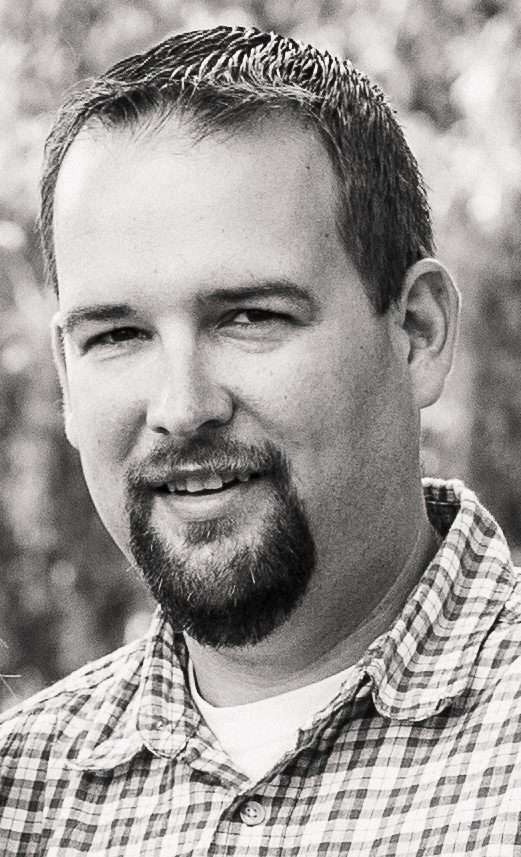 I received a lot bigger response than I anticipated to my rather large column last week. Sometimes I wonder if people actually take the time to read such pieces when I vent in the paper and online. If you ever watched the movie Jerry Maguire, I tend to have a few similar moments, last week was one of them.

It seemed like everyone I bumped into the last week wanted to discuss their thoughts on the column and the concerns I addressed. It seems society’s behavior in the midst of this election isn’t just a personal observation of mine, a lot of people are taking note to the horrific behavior being displayed.

A Few Responses Received:
Thank you to a few of those commenting on social media or sending me emails:
*****
Robert Doster – I just finished reading your column on “Column: Caught My Eye, Crossed My Mind…” and I just wanted to say “thank you!” I am incredibly tired and frustrated with this culture we live in where you can’t disagree with something or someone on a civil level and have an open conversation; you’re either 150% this way or you’re the devil…whatever side of the line you happen to fall on. I always try to tell people that there are always two sides to a story and EVERY politician and media outlets have their own agenda and to do the research yourself before making a decision, so your article was a breath of fresh air. Keep fighting the good fight and reporting facts, not headlines!
*****
David Holbrook – Well written, unbiased statement. Thank you for sharing.
*****
Carma Riegsecker Grime – Great article and so sad but true.
*****
Deb Gault – Well said!! Totally agree with ya!! Great job!! Thank you.
*****
Cavanaugh Kathy – Since I’ve known you and your family a long time I can say I believe you strive to bring us the public the most factual unbiased reporting of the news …I smiled as I read your post maybe people don’t want the truth anymore.
*****
Linda Bowers – Very well written! After watching the so called debate last night I’m thinking we need a new candidate! And since that’s really not an option maybe shock collars so when they feel the need to interrupt they’d think twice about it.
*****
Kecia Rodriguez – This article nails it. I’ve seen you report “good” and “bad” for both sides. It’s sad that some can’t accept that the news won’t always line up with what they want to be happening. Keep on keeping on!
*****
Pamela Sue – I hope the writing of this article has brought some relief for you. I hope many will take the time to read it, in its entirety. Thanks for sharing, I appreciate your facts.
*****
Kevin Miller – I think the problem is two fold. On one hand, news has become extremely biased, not necessarily you Forrest, but in general. So people are expecting a bias. Second, is that Facebook seems to show a liberal bias in what it shows. I know for a time, unless I actually went to the VR page (The Village Reporter), what came to my news feed was liberal leaning. It was only went i looked at the full content of what you posted that I saw it wasn’t you that had the liberal slant.
*****
Marcus Ramos – Great article and sad but true.
*****
Tracy York – I applaud you for holding people accountable for online commentary.
*****
Heather Jones-Garcia – You get attacked no matter what you post. Just keep reporting the news. People will like it or they won’t, it’s not your fault that they expect the news to align with their own beliefs. If they don’t like it they can choose to follow whatever channel tells them what they want to hear. News is supposed to be unbiased…
*****
Jodi Lynn – As long as your “news” is unbiased then report away! Usually it is all one-sided views and opinions, not news.
*****
Vicki Schnitkey – I just want the truth. I don’t need opinions just the news.
*****
Tasha Grieser – You make excellent points. It isn’t fake news just because it doesn’t align with someone’s beliefs. As a “radical leftist” I don’t always like the stories published, but I read them because its important to try and understand the other side. I rarely comment but I do read most comments to know who are acting ugly and hateful, and they get blocked.
*****
Bobie A. Williams – I realize that you’re trying to report both sides. I personally choose to “ hide” the post on MY personal fb page that go against what I believe.
*****
Lynn Wright – Your right to give both sides of a story. Stay unbiased. If adults haven’t figured the existence of a chaotic system with mindfulness then their thought process will always stay one sided. I get tired of reading articles with the same brainwash methods…
*****
Tessa Tewksbury – Thank you for being a voice of reason! We are living in a time when people don’t care about facts and won’t acknowledge anything that doesn’t already align with their preconceived beliefs. NW Ohio is such a prime example of cognitive dissonance, where people presented with facts like to put their fingers in their ears and sing “lalalalalala”. People are ugly and mean to anyone that disagrees with them. It is scary, really, how many people operate like that. No one knows how to say “That’s new information I haven’t seen before, let me look more into that objectively.” or “Oh, I didn’t know that. I guess I was wrong. Now that I have new information, I will adjust my opinion.” No one is willing to research, to learn. Everyone is comfortable with being willfully ignorant.

Fireworks Were Predicted
When I ended last week’s column I mentioned that in the five weeks we had left until the election were going to be explosive. The “display” did not disappoint. Well, actually, I take that back, it has been total disappointment.

I do not watch a lot of television unless it is a survival Alaskan show or of course, news. But I will admit I do look forward to the debates. The first debate last week in my book was the worst I have ever seen. I looked forward to it all day long, like a playoff game, yet went to bed with my head spinning.

I predicted earlier this year that this would turn into the movie, Grumpy Old Men III and that held true. I was disappointed in both candidates for the disrespect shown, if those were kids in the school they would have been suspended. Yet here are our leaders acting like a bunch of in Biden’s words “clowns” who just downed a six pack of Mountain Dew before bed. I hope if there are future debates (two more scheduled) that they are more respectful of each other or maybe even held virtually so that questions can be asked without interruption, along with answers.

Then the very concerning news of President Trump testing positive for COVID hit. The news of anyone being diagnosed with illness is very concerning, being that our older President had fallen ill was downright scary. My prayers are for our nation’s leader, as I write this column over the weekend President Trump seems to be doing okay, I pray and hope this continues.
One nice thing, I’m sure only temporary, was to see politicians from both sides of the aisle and even many in Hollywood put their political differences aside and wish the President a quick recovery. I do love these rare post September 11th type moments when it feels like the United State of America is actually united again.

But then we also saw what I think is the worst in society, where people wished harm and even death upon the President, including on our social media news updates concerning his recovery at the Walter Reed Military Medical Center (yes, people literally wishing death upon him).

As I said in my last column, let’s put the pitch forks away and remember we have to live with one another after this ugly election season is over. How many days are left?
Spoiler – I hate to say it, we may very well not know the winner for days or even weeks until after the election is over, dragging this process out even longer.

Forrest R. Church may be reached at publisher@thevillagereporter.com

Be the first to comment on "Column: Caught My Eye, Crossed My Mind – How Many Week’s Until The Election Is Over?"