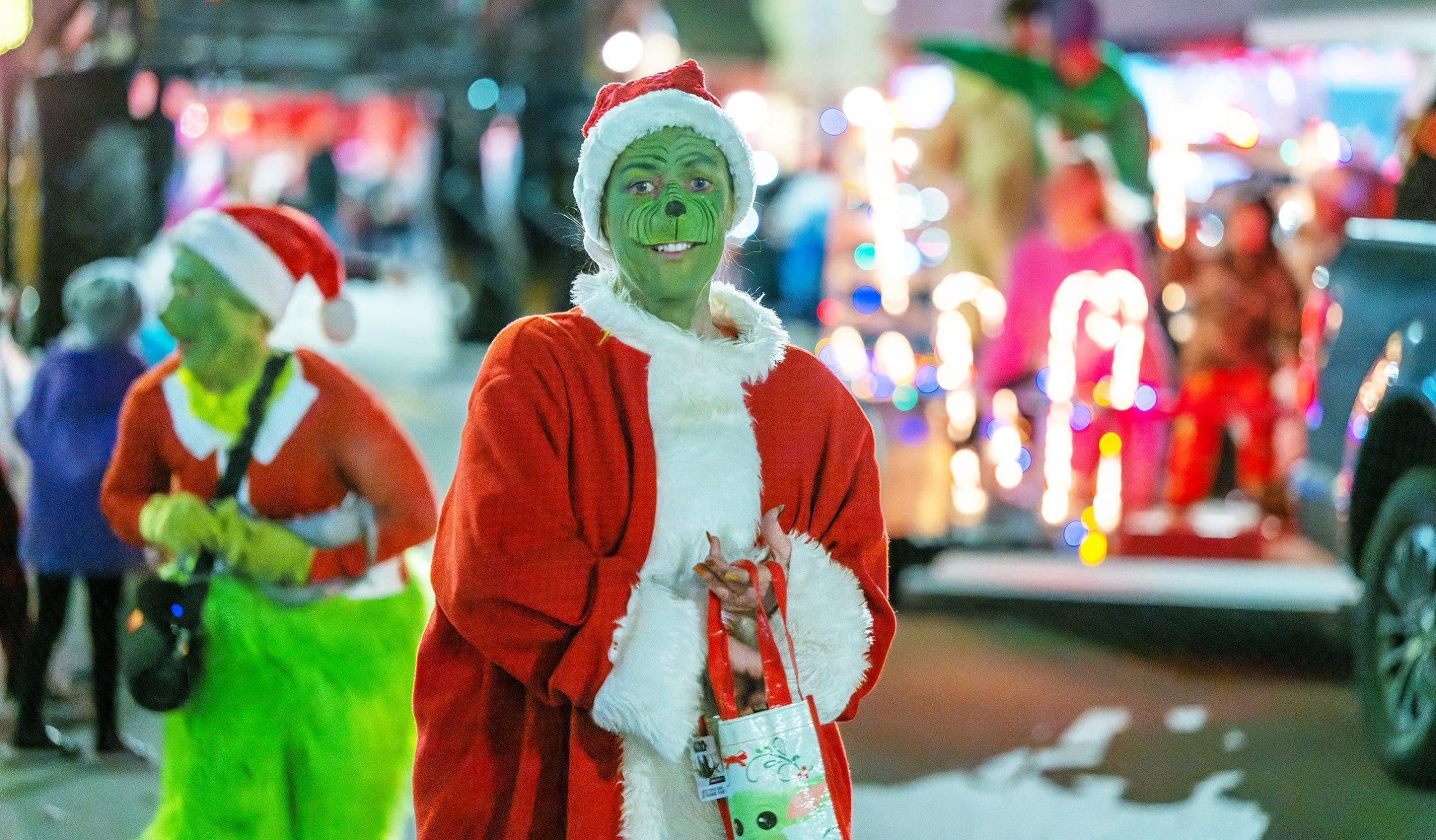 THE GRINCH… The Grinch made an appearance during the Delta Christmas Parade. Actually, two Grinches were there and they each handed out candy to those who came to see the parade. (PHOTO BY JACOB KESSLER, STAFF)

The Delta Chamber of Commerce held their WinterFest 2022 this past Saturday evening. The festivities began at 5:00 p.m. with a tree lighting ceremony.

During the lighting ceremony options of live music, hot dogs, hot cocoa and cookies were to be made available.

The streets were packed all along the downtown area on Main Street after the lighting ceremony.

Parents and children waited eagerly for the parade to begin and for candy to be thrown. That time came at 6:00 p.m. when the parade began.

Numerous local businesses and organizations dressed up their vehicles with lights and other Christmas decorations in order to display their Christmas spirit in Delta.

Candy was thrown from vehicles and from those walking down the street in the parade to the children who raced to claim it.

The Delta Fire Department came up at the end of the parade as a signal that the parade had ended.

Afterwards, Santa was available to those who wanted to see him.