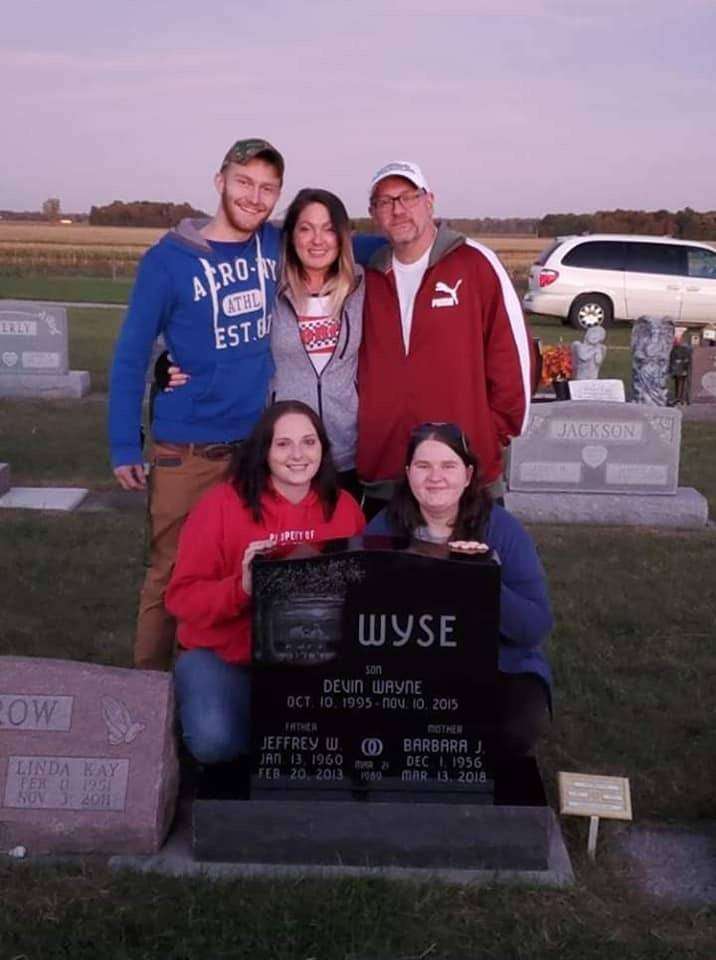 Who knew that a walk through a cemetery would change two families lives forever? That is exactly what happened when Steven Stark took a walk through Winameg Cemetery in Fulton County.

Steven, his mom and sister often take walks through the cemetery picking up trash and straightening up decorations. On one of their walks, Steven noticed a grave site without a headstone and decided that he wanted to find out why and if possible, help the family get a headstone. To find the family, Steven took a picture of the grave site and posted it on Facebook. Before he knew it, he was in contact with the family.

After meeting with the family, Steven would learn the heartbreak and tragedy the Wyse family has been through over the past few years. The father had passed away in 2013, the brother in 2015 and the mother in 2018. Unfortunately, with everything that had happened the siblings just could not afford a headstone. Steven, being no stranger to helping others out, decided it would be his mission to help the family get one.

While working on the Fulton County Junior Fair Board, Steven noticed a vendor at the fair and told them the story of the Wyse family. The vendor loved the story and said they would donate a headstone. When the time came to get the headstone, the company was nowhere to be found. The number they gave Steven was disconnected. Steven was upset but not defeated.

Steven and the Wyse family have remained very close. In an interview with Courtney Wyse, she stated what a blessing Steven and his mom have been to her family. Courtney believes that without the help of Steven they probably still would not have the headstone. Her family has gained a family through this unbelievable act of kindness.

Debbie Campbell may be reached at publisher@thevillagereporter.com