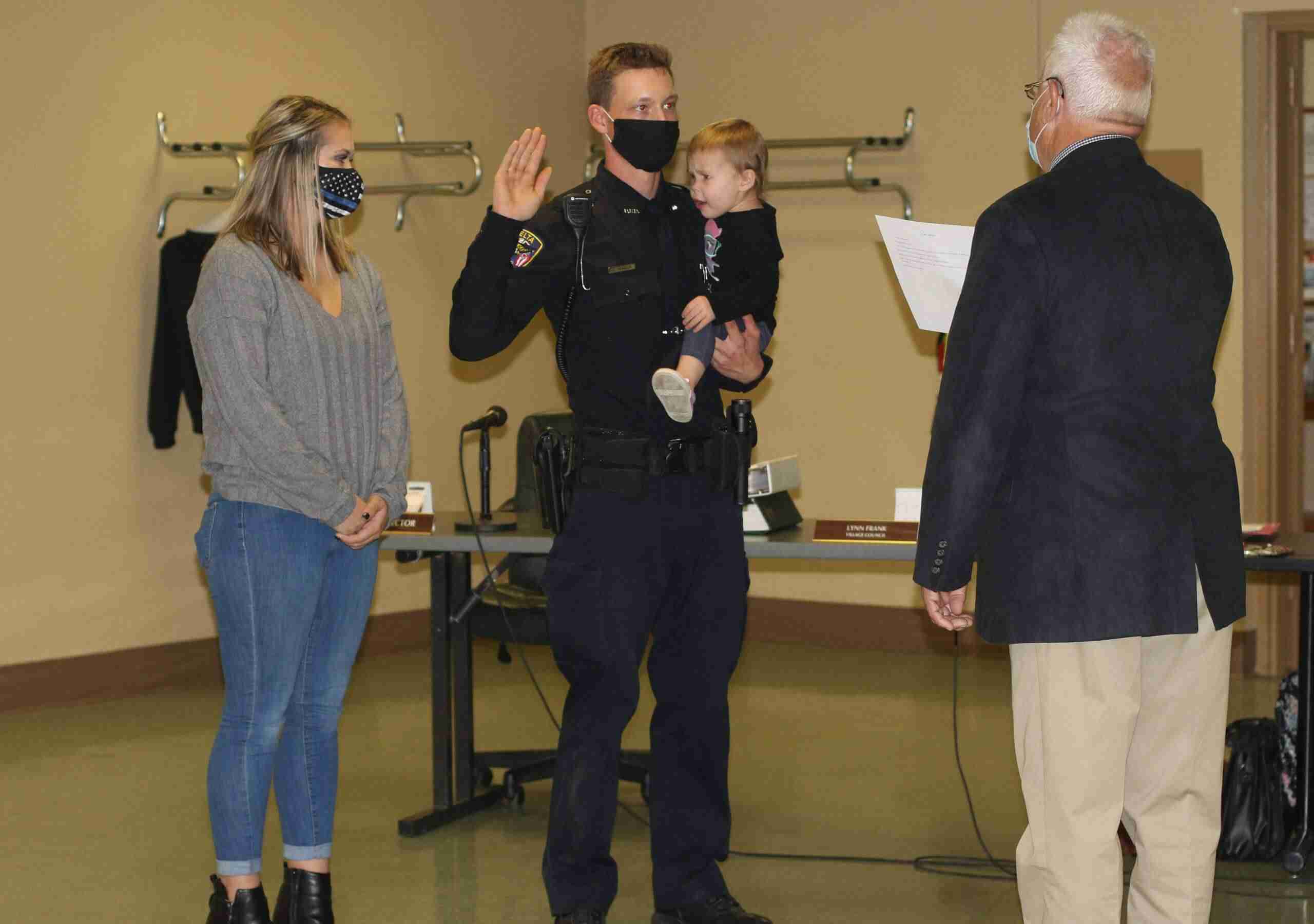 At the November 2nd Delta Village Council meeting, Mayor Bob Gilbert swore in Officer Chase Hensley as the newest member of the Delta Police Department.  In attendance at the ceremony was his wife Jessi and daughters Maddie and Maya.  Officer Hensley comes to Delta as an auxiliary officer from the Wauseon Police Department. His training officially began the day before the Council meeting.

Councilwoman Lynne Frank read a letter from Swanton Mayor Neil Toeppe regarding the uncertainty of a county-wide EMS levy. “This presents all of us with a challenge. How do we proceed?” stated the letter.  “This will be a formidable challenge that we will all have to work together to determine what is best for varied communities. We need to act now.”

“I would like to arrange a meeting for all of us to get together soon and start a process of exploring how we would like to move forward, either as a group or individually.  I would like to schedule the meeting in early December.”  Mayor Gilbert referenced a meeting of all Fulton County mayors and administrators to be held on November 12, 2020 and said he believed that issue would be on the agenda.

The Water Department has hired Mr. Kody Crabb who comes to the Village with a Class I certification and enough time served to achieve Class II certification once the testing is passed.

The next meeting will take place on November 16, 2020 at 5:30 p.m. in Memorial Hall.  COVID-19 mitigation guidelines will still be in place.