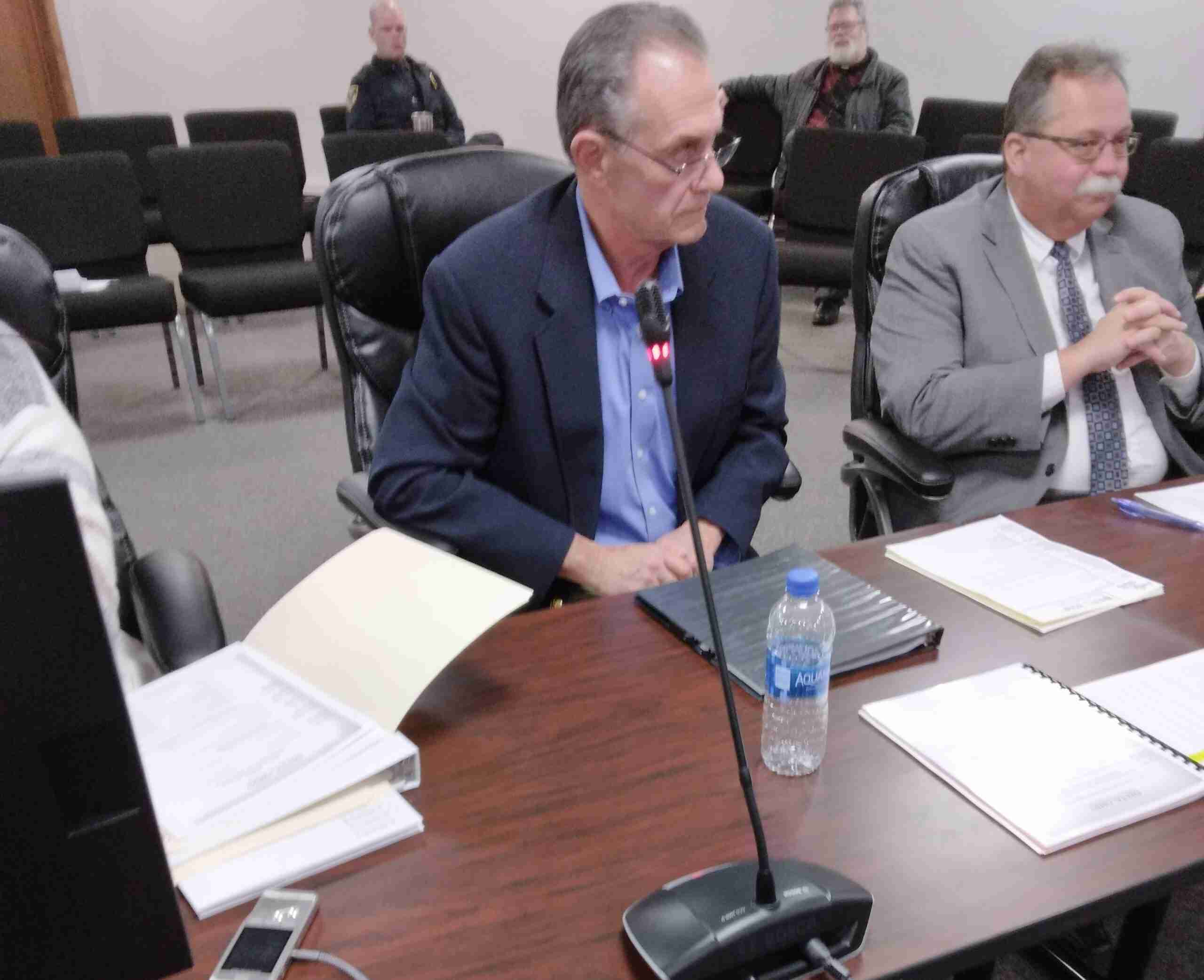 NATURE FRESH EXPANSION … Delta Village Administrator Brad Peebles discussed the second reading of Resolution 22-02, the need for construction of a roadway for the expansion of Nature Fresh Farms. (PHOTO BY DANIEL COOLEY, STAFF)

The Delta Village Council meeting of January 24th began with the Pledge of Allegiance, followed by Matthew Voyer leading off with a prayer.

The council began with approving of the minutes of the December 29, 2021 special meeting and the January 3, 2022 regular meeting. Next, the council approved of the village council meeting schedule for 2022.

Because of complaints of dog droppings in the park, council decided that there was a need to put up signs in the park and reservoir, at an approximate cost of $1500. Council then approved of moving forward in getting signs.

Next, Village Administrator Brad Peebles announced that there will be a public hearing at the February 7 meeting, to discuss an Ag District renewal.

After Finance Director Stephanie Mossing gave her report, council then approved the paying of the bills.

Next, council approved of the second reading of Resolution 22-01. This Resolution, according to the agenda sheet, allows the village administrator to advertise for bids and then “enter into a contract for construction of the Fulton County Water Connection.”

That was followed by council’s approval of the second reading of Resolution 22-02. This Resolution, according to the agenda sheet, allows “the village administrator to bid and enter into a contract for the construction of a roadway with utilities, to support the expansion of Nature Fresh Farms Distribution Complex.

The council then moved into executive session. The next regular council meeting will take place on February 7th.