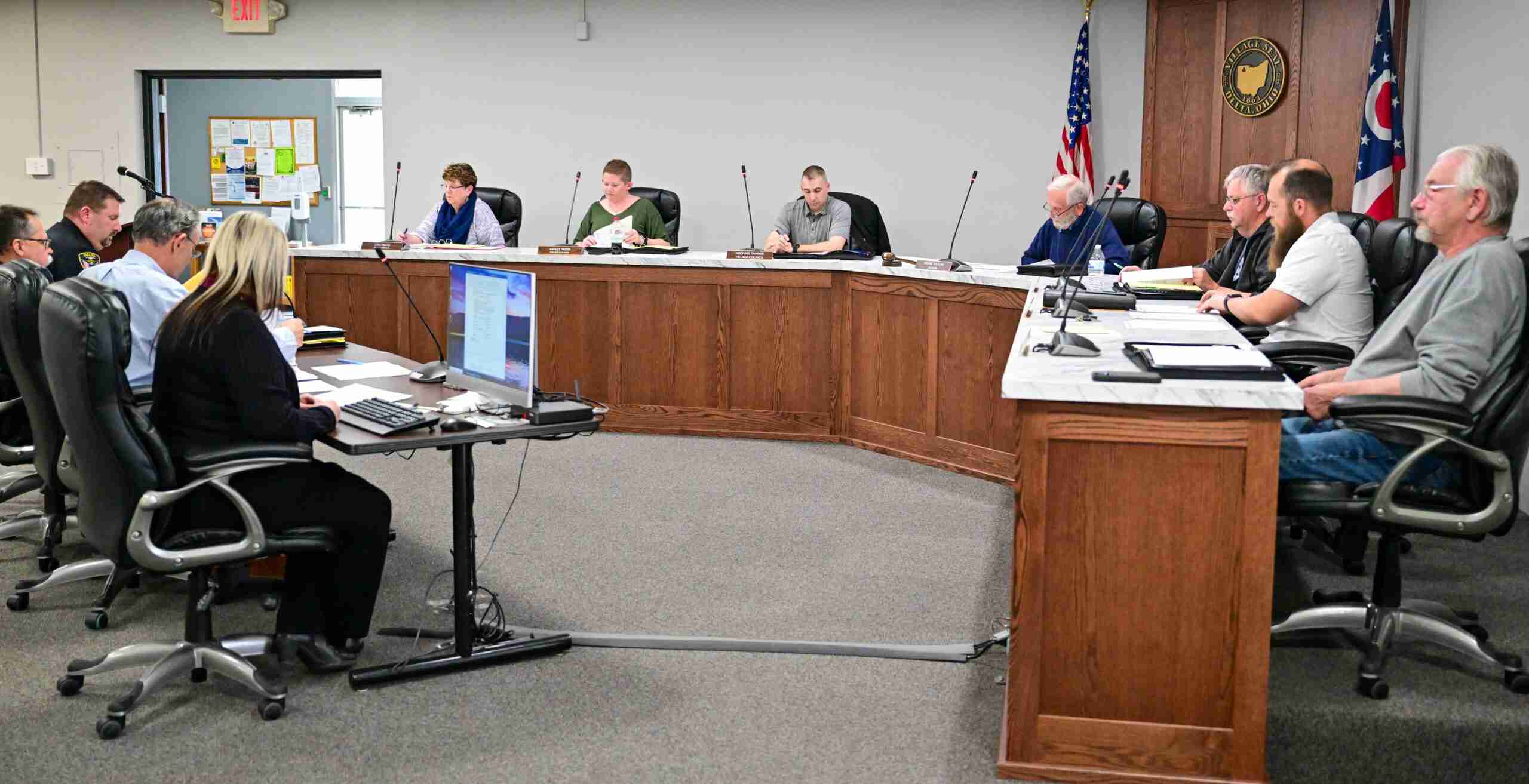 DISCUSSION… The Delta Village Council discusses the request to hold a worship in the street event at the park later this year. (PHOTO BY JACOB KESSLER, STAFF)

The Delta Village Council held their meeting on Monday, March 21st. The meeting was called to order at 5:30 p.m. followed by the Pledge of Allegiance and a Prayer.

Council first moved to approve the minutes from the previous meeting held on March 7th.

Village Administrator Brad Peebles then informed council that a letter would need to be drafted regarding the village’s class status with FEMA for flood insurance.

Currently the village is at a level 9 and continuing at this level will cause issues for the village and homeowners in the future. Changes have been made to the criteria a village must meet to stay at this level.

These changes, being of a construction and building code nature, would need to be adopted by the village which would affect how homes in the future are built.

It would also cost the village a substantial amount due to the changes requiring the outsourcing of work that is required to make these changes.

It does give the average homeowner a savings of close to $250 a year who pay for flood insurance in the flood zones, with the number of effected homeowners being around 32.

If the village exits the program, properties will be able to be built as the owner and village sees fit. A motion was made to approve the move from a class 9 to a class 10 which was approved.

This approval marks the exit of the village from the program.

For the Administrators report, bids were received for the resurfacing project on North Madison. Mr. Peebles stated that he was surprised at how low some of the bids were.

The lowest bid received was from a company that the village has worked with in the past. A motion was made to accept the bid in the amount of $50,002 which was approved.

The hope is for the project to be completed by the end of July this year.

A discussion then took place regarding individuals who have approached the village regarding their plan to hold a worship in the street event in the park.

The hope for the event is to be multi-congregational with several local churches already interested. The event will be held on September 24th.

A motion was made to allow the event and for it to be held in the park which was approved.

Council was then informed that a program had been brought in that was from the dedication of the Memorial Hall.

The dedication also includes an accounting of the fire which destroyed the old building. The program will be hung up in the hall. A motion was then made to approve the invoices as requested by the finance director.

The Delta Police Chief then let council know that a fourth Facebook page had been set up for the Police Department and so far, Facebook has not yet taken it down. Previously, after the first page was hacked, two other attempts to make a new page were stopped by Facebook who unpublished the pages. Council then moved to approve the following Resolution and Ordinances.

The First Reading for Resolution 22-06 authorizing the Village Administrator to execute a cooperative agreement with the Fulton County Landbank, Bunting Bearings Inc, and the Village of Delta for the transfer of property, environmental testing, remediation and redevelopment of the area.

With no further business to attend to, council moved to adjourn at 5:53 p.m.