Small Group Learns How To Make Planters At Edon Library 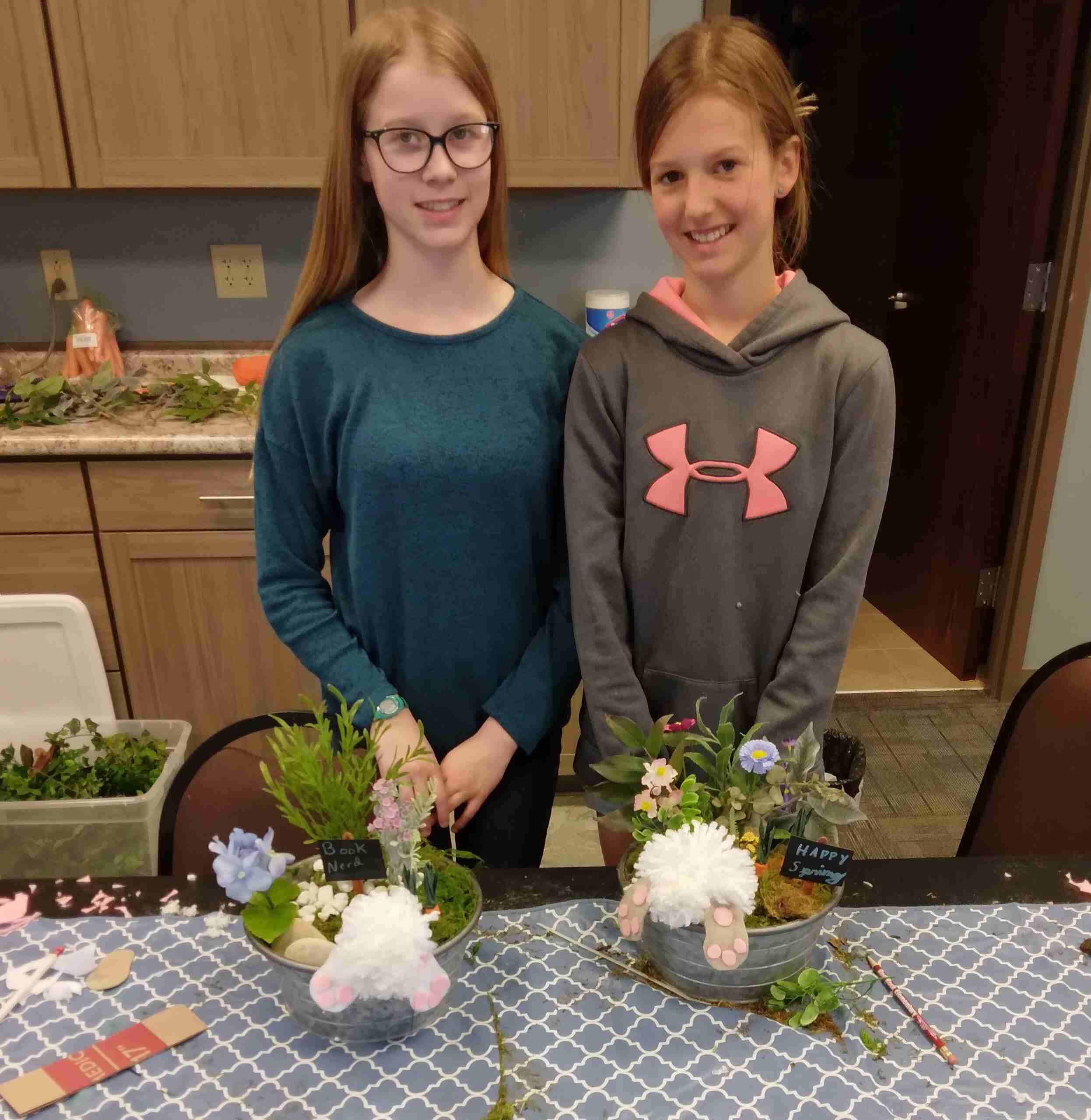 PLANTER MAKING … Olivia Kannell and Brynn Richmond, both of Montpelier, show their finished products. Both girls helped each other in making their planters.

On Monday, March 21, four adults, two teenagers and one child gathered at the Edon Public Library to learn how to make Bunny Tail Planters.

First, they picked out a ball of yarn, either white, gray or brown, depending on what color they wanted to make their rabbit.

Then, they took a small piece of cardboard and wrapped the yard around it, as tightly as they could. They then used other material to make their piece of yarn into a fluffy ball.

Then they took what was shaped like two small feet which most glued little pads on them, so that they looked like foot pads. They also made small signs to put on their planter.

Next, participants poked two small holes, so that they could put their carrots into the holes. That was followed by grabbing a bag of green moss, that they used in order to cover their base.

From there, they put in the plastic flowers, carrots and glued their rabbits into place, as well as putting in their decorated signs. After the glue dried, then each participant had their finished product.