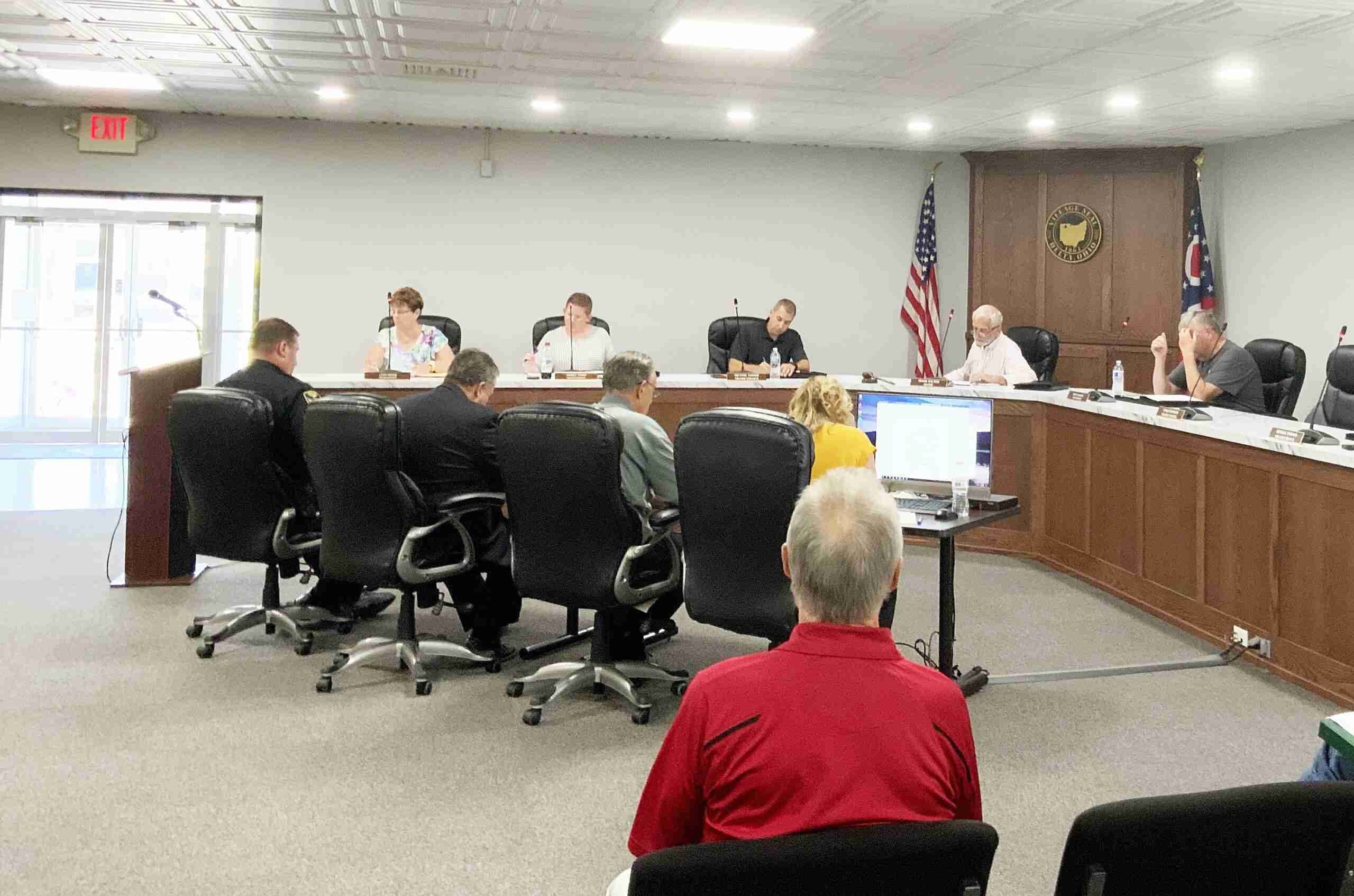 Delta Village Council held their meeting on Monday, July 27. The meeting began at 5:30 p.m. with a call to order, followed by the Pledge of Allegiance.

Minutes from the previous Regular, Special and Village Services Committee Meetings were approved.

Council moved to hear from members of the public. Jennifer Barnes approached the stand and shared her concern with council regarding the voting on the prohibition of marijuana in the Village.

Barnes stated, “I am concerned that you decided the vote would determine the outcome, and now a council member has suggested a poll.”

“I’m just curious what becomes of our democratic process when we put it out to our community or our constituents and then we decide that we don’t want to follow that vote and we would rather have a poll.”

Jennifer asked council to consider those comments when having the second reading of Ordinance 22-09.

Another community member, Tracy Ruple, spoke regarding the same issue. Ruple stated, “I just wanted to remind you that there are three districts in delta that voted, and every single of those three districts voted against marijuana saying they did not want it in their community.

Sixty-two-point five percent of your community said we do not want marijuana in their community. I just ask that you listen to that vote.”

Hearing no other comments from the public, Council moved to approve the payment of invoices. Administrator, Brad Peebles, asked the council to review the final draft of the Delta Community Park Survey.

Peebles shared, “The last revision entailed a note under the question about a new pool.” Peebles went on to state, “If there were a new pool, it would likely require an additional operation levy of at least one million.”

Law Director, Kevin Heban spoke regarding the bill that Governor Mike DeWine signed allowing the use of fireworks for certain periods of time.

Heban shared, “I am an advocate for having Ordinance 22-11 approved, to continue the prohibition of fireworks.”

Police Chief, Nathan Hartsock, added, “I’m in agreeance, we’ve had more problems with problems with fireworks than we’ve had good things, we have a good display of them every year and that should be enough.”

Council motioned to amend the agenda and add in Ordinance 22-11.

Chief Hartsock, shared a request he received for road closure for the annual Chicken Festival, on Saturday, July 9, which will be closed approximately at 10:30 a.m.

During Old Business, the following were approved:

-A Third Reading of Ordinance 22-07, an Ordinance Specifying the approval of Delta Village Council for the pending annexation petition filed with the Fulton County Commissioners being designated as the Villages twenty-year growth area and declaring it an emergency.

-A Third and Second Reading of Resolution 22-08, A Resolution indicating the Village of Delta will provide utilities and other services for property seeking to be annexed to the Village with the filling of petition for annexation with Fulton County Commissioners.

-A Second Reading of Ordnance 22-09, An Ordinance prohibiting the cultivation of marijuana, processing of medical marijuana, marijuana wholesalers, marijuana retailers and medical retail marijuana dispensaries in the Village of Delta, Fulton County.

Kevin Heban and Law Firm Heban, Murphree and Lewandowski will continue to serve as the Law Director for the Village of Delta.

Council read the First Reading of Ordinance 22-11, an Ordinance opting out of House Bill 172 and reaffirming the ban on the discharge, igniting or exploding of fireworks in the Village of Delta and declaring an emergency.

Delta Village Council entered an Executive Session to discuss personnel matters at 5:50 p.m. that concluded at 6:18 p.m. with no action taken.

With no business left to discuss, the meeting was adjourned.