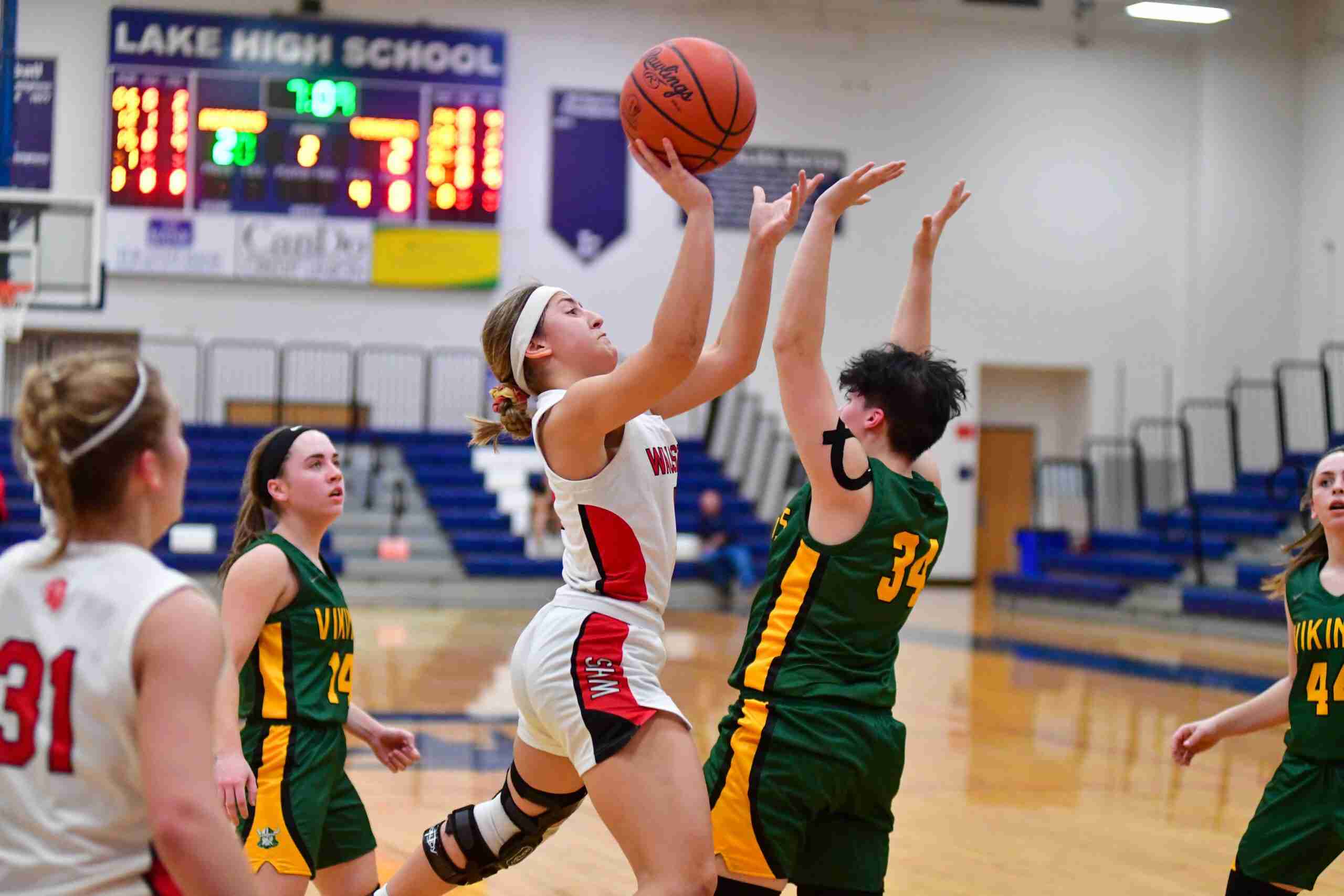 The Indians showed very little rust from a 10-day layoff as they closed the first quarter on an 11-0 run and never looked back in picking up a 63-33 win and a sectional championship.

“Evergreen is a great team with two of the premier players in our league in Bekah Bowser and Macy Chamberlin and we were able shut them down, just a great win for us”, added Seiler.

After two free throws from Bekah Bowser and a bucket by Addison Ricker staked the Vikings to a 10-7 lead, Wauseon started their run.

Marisa Seiler scored to open the spurt, Hayley Meyer had two baskets, Kadence Carroll hit a triple, and Autumn Pelok ended the quarter with a jumper to push the Wauseon advantage to 18-10.

Wauseon continued to pull away in the second quarter by outscoring Evergreen 16-5 as Meyer scored twice inside and later Carroll and Ellie Rodriguez hit back-to-back trifectas to stretch the lead to 34-13.

Turnovers hampered Evergreen in the first half as they committed 12 and coupled with Wauseon’s 16-10 rebounding advantage, allowed Wauseon to put up nearly twice as many shots as the Vikings (Wauseon-15/33; Evergreen (6-17).

Wauseon continued to build on their 34-15 halftime lead with an 8-2 surge to start the second half led by four points each from Seiler and Meyer, who ended with 16 points in the game.

Bowser would hit 3-pointers on two consecutive possessions for the Vikings before it was a 6-0 run by Wauseon to end the quarter and grab a 52-25 lead as they were well on their way to a sectional title.

“We knew we were playing a good team tonight”, said Seiler, who finished with a game-high 23 points on the night.

“We came out and executed, knocked down good shots and we played great defense. Defense was a major key in getting the win tonight”, added the Wauseon senior.

Wauseon was 27/58 (46%) from the field and won the rebounding battle 33-21 while turning the ball over just seven times.

Awaiting Wauseon (20-3) in the district semifinals on Thursday night (7:30pm) at Anthony Wayne High School will be arch-rival Archbold (15-8).

The Indians won both meetings during the season, the first one on November 26th 54-25 (a game Wauseon had to later forfeit due to an unintentional rules violation with quarters played in a night by a player) and 65-50 in the league contest on December 17th.