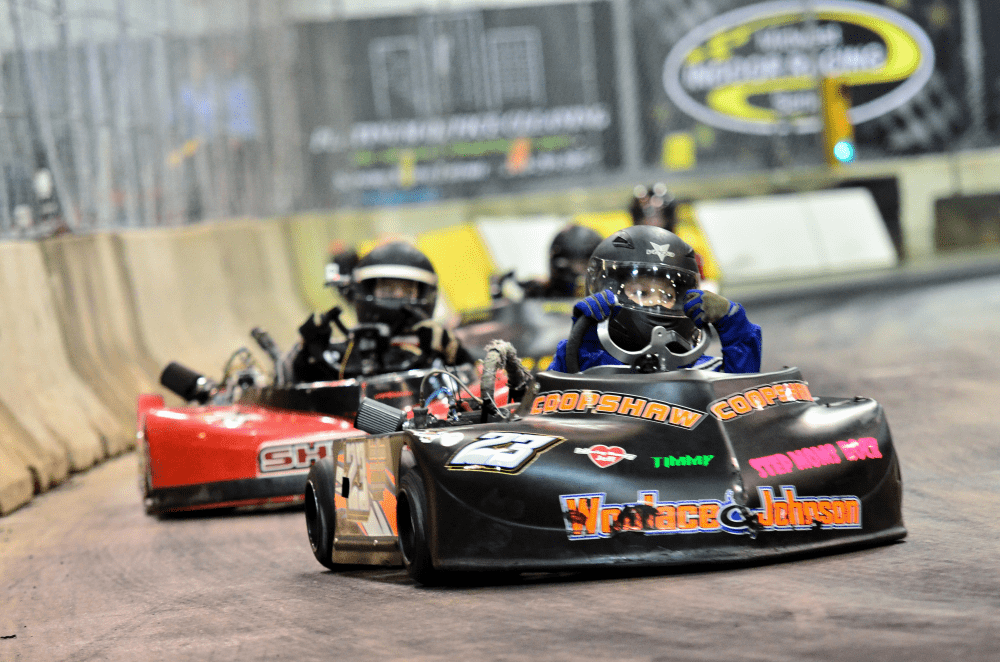 Over the weekend of January 13-15th, two brothers, residing in Stryker, Ohio, traveled to Battle Creek, Michigan to participate in the 2017 Cereal City Winter Showdown sponsored by Midwest Indoor Racing Series. This event featured a record breaking number of 133 pre-entries participants with different classes available to race in. Eleven year old driver, Brandon Coopshaw and his 13 year old step-brother Jacob VanDeVoorde both race flat karts. These flat karts can get up to speeds of 50-55mph on the indoor tracks. Brandon participated in the Purple Plate class while Jacob raced in the Gold Plate class.

Brandon had two big wins on Friday and Sunday when he finished first in both races. When leading the pack on the track, Brandon has a couple mantras he repeats to stay focused. He said when the other karts are bumping his kart from behind he says to himself, “Just hold it. Just hold it. Just hold it.” And the second thing he coaches himself with while out front is, “Don’t spin out. Don’t spin out. Don’t spin out.” His method obviously worked well for him this past weekend with coming off the tracks with two first place wins. And according to Brandon, the best thing about racing is winning.

Jacob finished with a strong second on Friday in his Gold Plate class and was awarded first place on his Sunday race. This was his first time racing at the Kellogg Arena and said, “the best part about it was all the fans and people who showed up and the thrill of how fast the track was.” He also stated that “I felt excited to win my first indoor race and it made me feel proud of myself because I didn’t think I could pull off win.”

But win, he did. Brandon and Jacob are both grateful to their dad and mom for all the time they put into their karts and all the work they do on the day of every racing event. There’s sure to be more wins with these young men in the future, so stayed tuned for more from this dynamic duo. 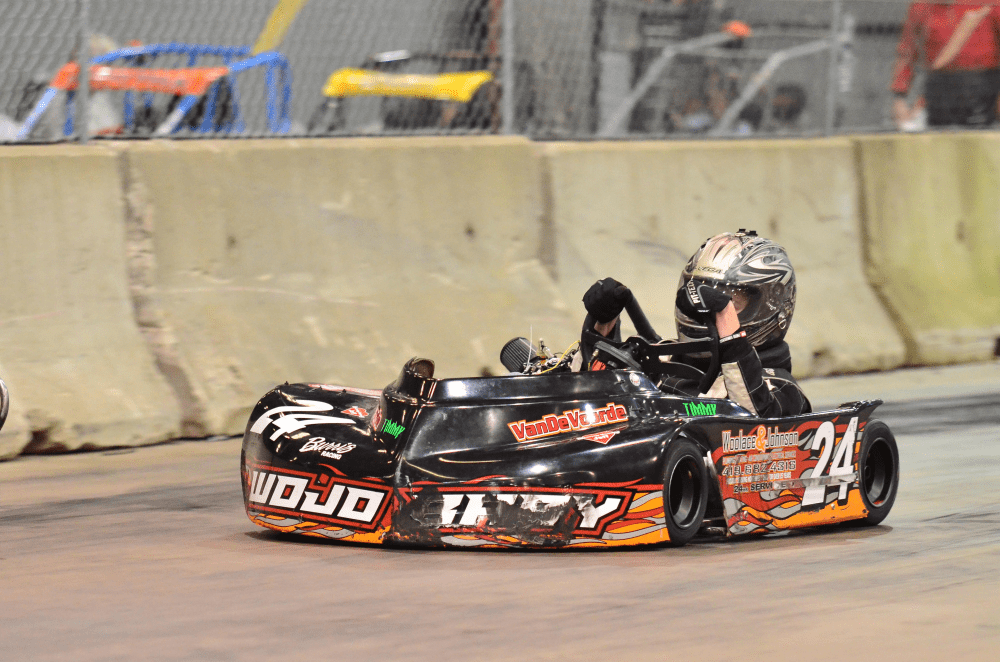