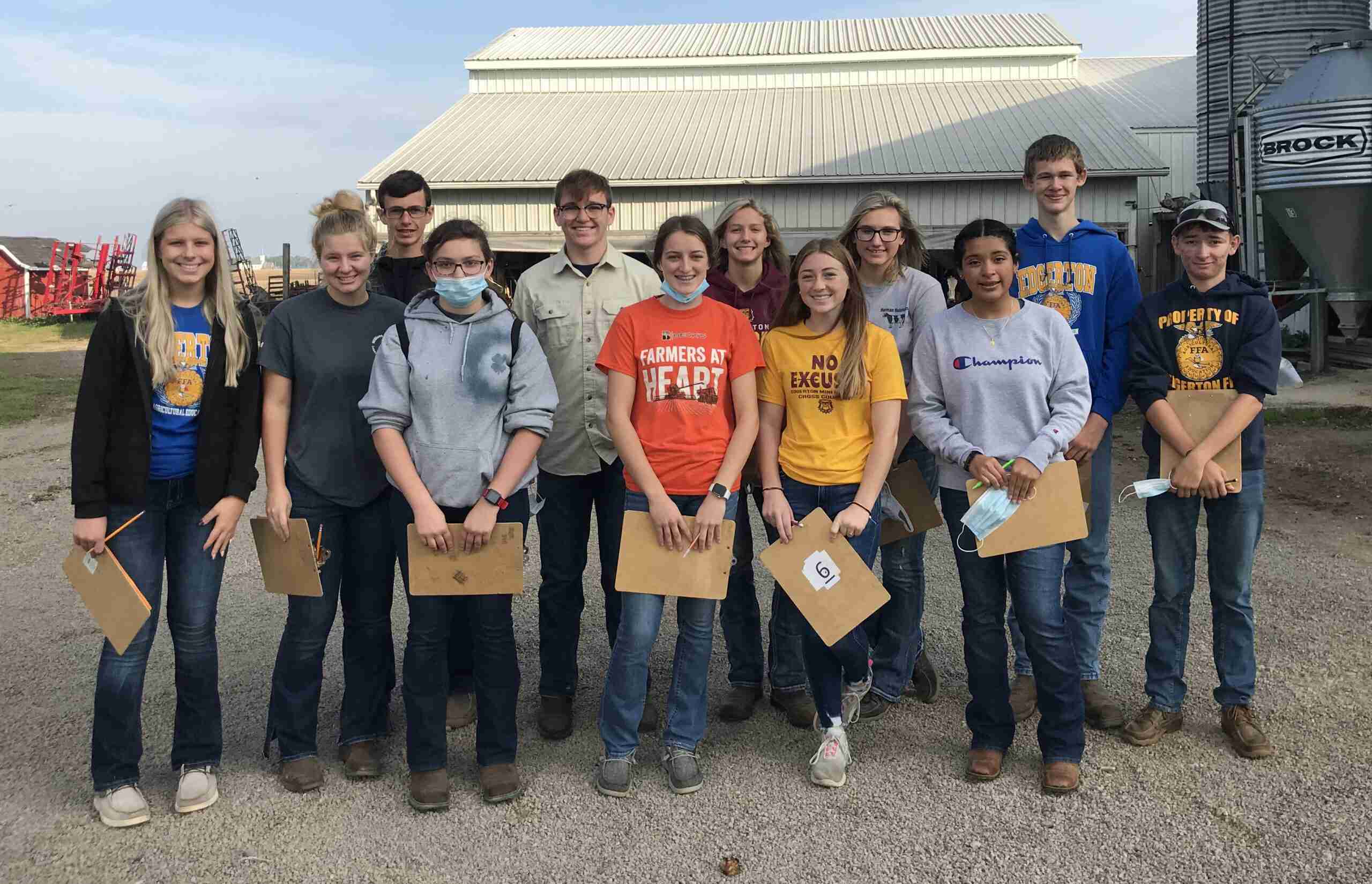 On October 14, Edgerton FFA members participated in our district dairy cattle judging contest in Deshler at Sunnyville Farms. Out of 15 teams, our 12 members did well by placing 6th as a team.

While at the contest, students evaluated four classes of live cattle from heifers to 3-year old cows. They also had a sire selection and pedigree sheet that had to be evaluated.

The contest finished out with a general knowledge test over dairy cattle. We are proud of the FFA members and look forward to seeing them compete in Columbus at the end of March for State Dairy Cattle.