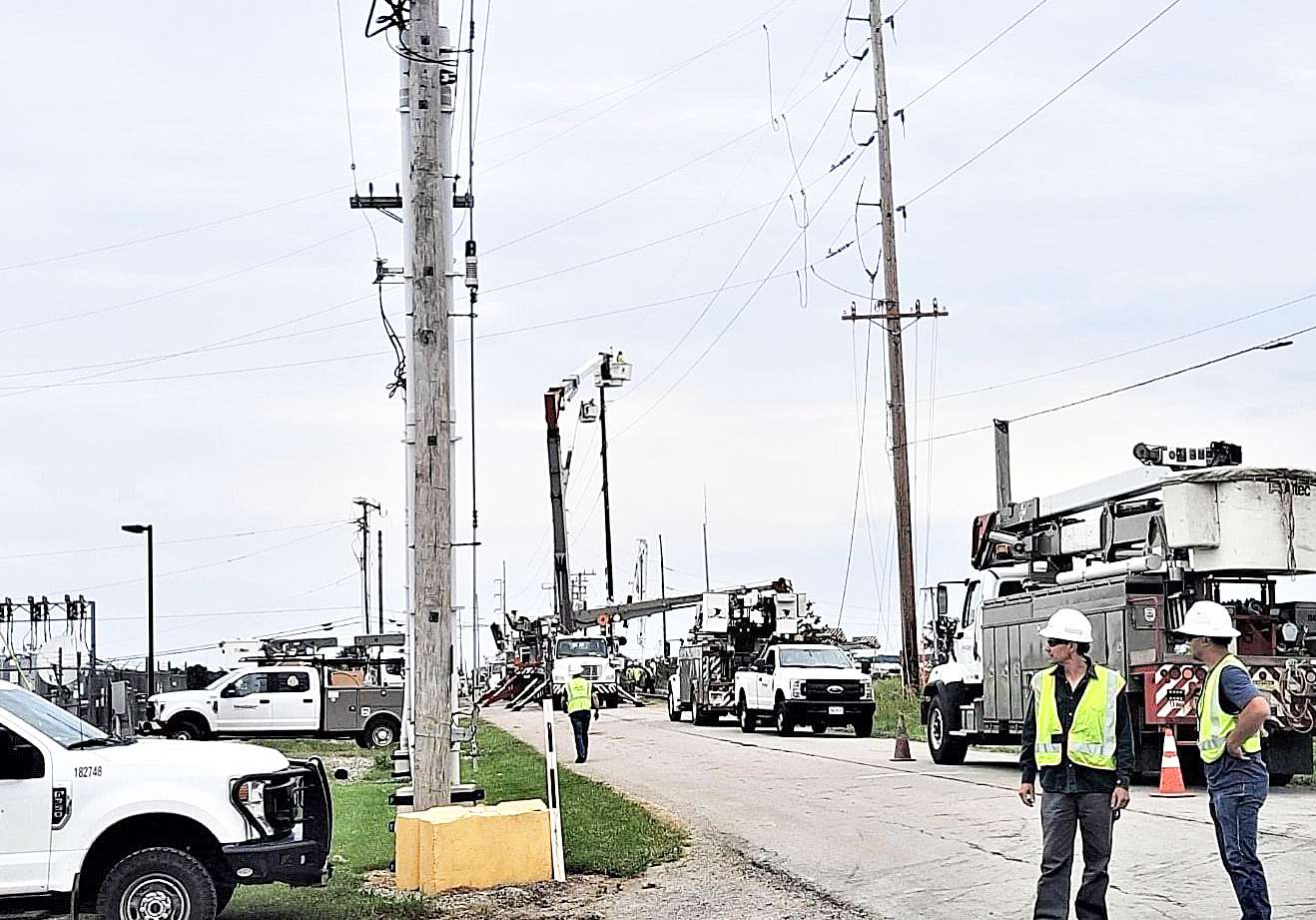 Residents within the Village of Edgerton and the surrounding area were without power after a lightning strike hit high voltage power lines near the County Road 5 substation.

According to Edgerton Mayor Day, the strike allowed for the lines to be lowered enough for a train to then catch onto the lines and drag the poles with it.

A total of 16 poles were damaged in some way by the dragging which needed to be replaced by crews from Toledo Edison.

According to Lauren Siburkis with Toledo Edison, work was being done by crews to try and have power restored to customers as quickly as possible, with hopes to have something in the works for power to be restored by 11:00 p.m.

Originally 421 customers were without power in Edon, 7 in Edgerton, 34 in Florence Township and 30 in St. Joseph Township.

Edgerton village residents were not included in Toledo Edison figures due to there being a municipal power system.

The Village of Edgerton worked through the crisis and was able to temporarily restore power to residents through a generator system that was operated in partnership with AMP.

On Sunday, a power outage lasting over 7 hours brought an end to the power issues facing the village.

According to Village Administrator Dawn Fitzcharles, normal power was restored to the village at approximately 7:00 p.m. No further delays are expected due to the power now being restored.