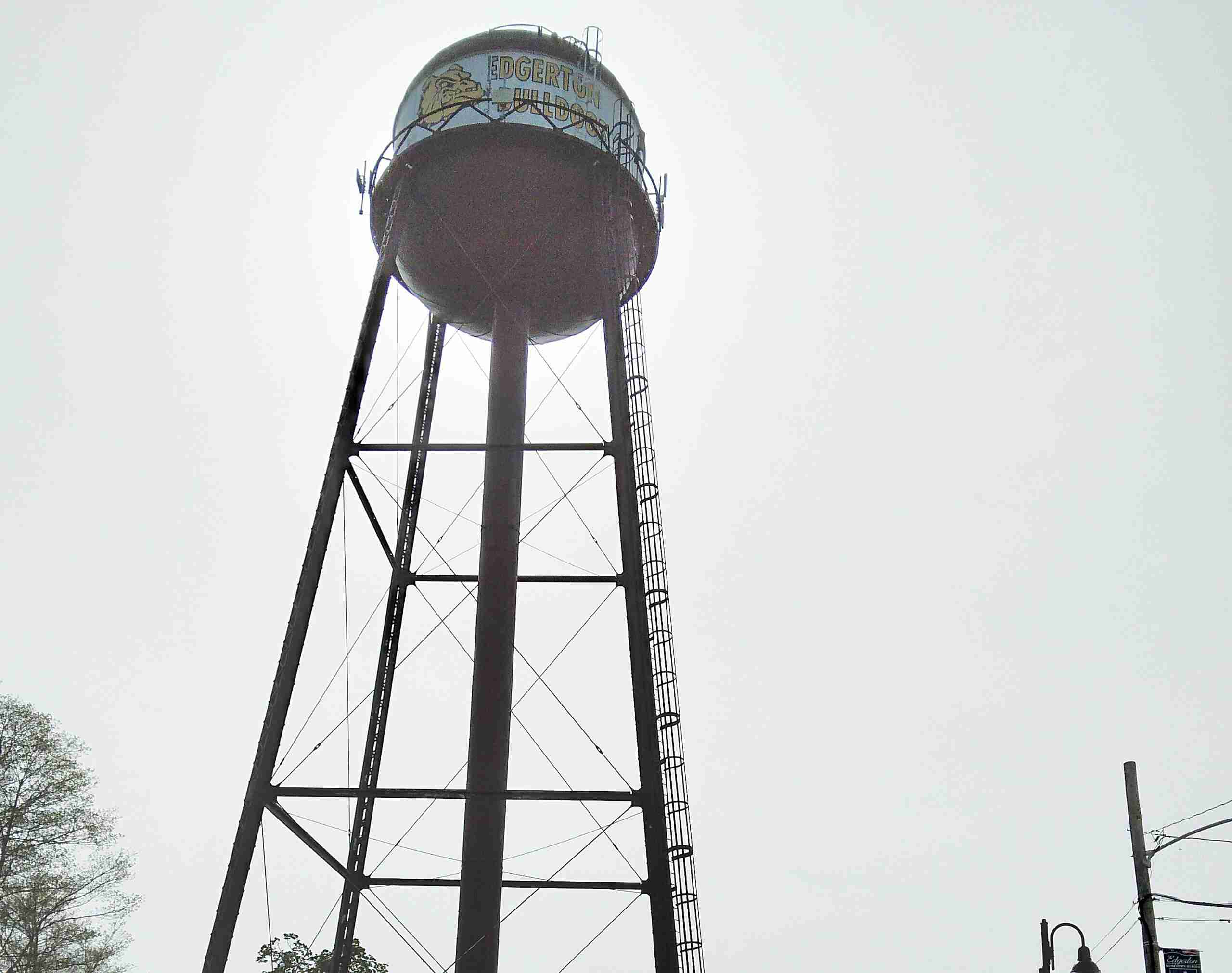 WORK TO BEGIN SOON … Repairs on the above Edgerton water tower, will begin after June 1 and should be completed by November. (PHOTO BY DANIEL COOLEY, STAFF)

The Edgerton Village Council Special Meeting held on May 10, began with the Pledge of Allegiance, followed by a prayer from Mayor Robert Day. Five board members, Tom Karnes, Jason Gruver, Pam Wampler, Leslie VanAusdale and Chuck Wallace, were present.

In the first order of business, the board passed the second reading of Ordinance 1099. This involves the Dream Haven property.

The third and final reading, followed by a vote, will take place at the next regular village council meeting, on May 17.

The council then passed Ordinance 1100. The village of Edgerton received five bids on the water tower project and the village decided to go with D and M Painting. Their bid was $645,120, which will be paid out of the water fund.

The bid was actually much less than anticipated. The project, which involves water tower repair both inside and out, should begin after June 1 and hopefully, completed by November.

Administrator Dawn Fitzcharles said that D a M Painting has done some water tower work before for Edgerton, “so they have a good understanding of what needs to be done. This project will impact our community for decades to come.”

Next, the board passed Ordinance 1101. The village accepted the bid of Ward Construction,involving the Oak Street Sidewalk Improvement Project.

There will be some removal of trees and some poles will be moved.Fitzcharles said the project, which will begin after June 1, will be “visually a lot better and will open up the line of sight.”
The board then voted to adjourn the meeting.