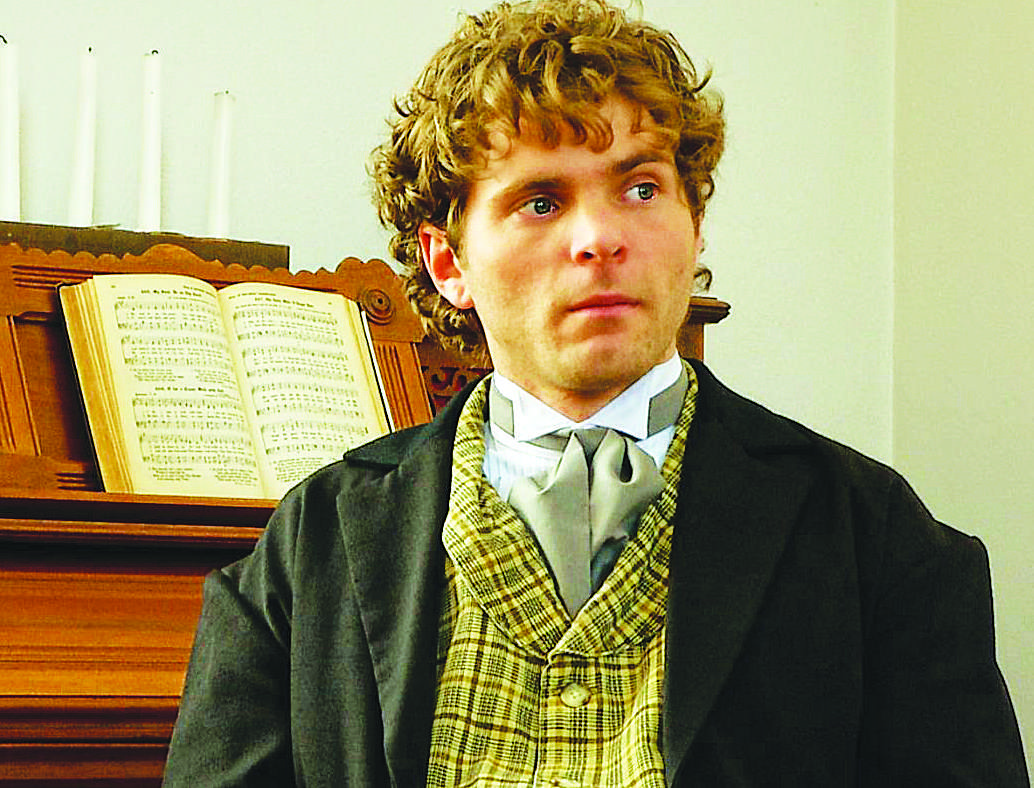 The Emmy® nominated and award-winning docudrama Sons & Daughters of Thunder will be showcased at the Fayette Opera House on Saturday, June 25. Doors open at 1:00PM.

The film will be shown at 3:00pm in the historic Giinnivan – Spiess Theater. Q &A with Emmy® award-winning filmmakers Kelly and Tammy Rundle of Fourth Wall Films will follow the film presentation.

The BCHVC of Fayette, Ohio, Fulton, Williams and Lenawee County Historical Societies will have displays showcasing the abolitionist/UGRR activities in their respective areas. Costumes and props from the film will also be on display.

The event is sponsored by Bean Creek Valley History Center. Tickets can be purchased by calling 419-237-2721. Sons & Daughters of Thunder is based on the play by Earlene Hawley and Curtis Heeter, and tells the unforgettable true story of the beginning of the end of slavery in America.

In 1834 discussing the abolition of slavery was considered radical, even in the North. Organized by firebrand abolitionist Theodore Weld (Thomas Alan Taylor), the nation’s first public debates at Lane Seminary in Cincinnati, Ohio led to near riot conditions in the city.

The shocking oratory sparked intense controversy and awakened a young Harriet Beecher (Stowe) to the horrors of slavery. Harriet (Jessica Taylor) was captivated by Weld’s charismatic leadership at a time when Calvin Stowe was trying to win her heart.

Inspired by Weld and the debates, Harriet later distilled her Cincinnati experiences into the world-wide best-selling novel “Uncle Tom’s Cabin”. This forgotten story was a prelude to America’s Civil War.

“This is an earnest and rewarding docudrama shedding light on the origins of one of the most influential novels in American history,” Ed McNulty, Visual Parables. Executive Producer Kimberly Kurtenbach cast the film and starred as Catharine Beecher.

Principal photography for Sons & Daughters of Thunder took place at the Harriet Beecher Stowe House in Cincinnati, Ohio; the Harriet Beecher Stowe Center in Hartford, Connecticut; and several historic sites in Illinois, including Karpeles Manuscript Library Museum, Augustana College’s House on the Hill in Rock Island; the Jenny Lind Chapel in Andover; and the Dillon Home Museum in Sterling.

The producers note that the movie is not for young children, and the 96-minute film’s detailed discussions of slavery might suggest a PG-13 rating.

Sons & Daughters of Thunder continues to screen in independent theaters, at historic sites, museums, film festivals, and churches throughout the U.S. Sons & Daughters of Thunder was partially funded by a grant from the Quad City Arts, provided by the Illinois Arts Council Agency, Hubbell-Waterman Foundation and John Deere; and a grant from the Illinois Arts Council.

The Moline Foundation and the Shell Rock Community Historical Society served as the fiscal sponsors for the project.

For more information about Sons & Daughters of Thunder, visit LaneRebelsMovie.com. The Rundles are the producers of the Emmy® Award winning Over and Under: Wildlife Crossings, and Emmy® nominated documentaries Good Earth:Awakening the Silent City, Letters Home to Hero Street (with WQPT-PBS), and Country School: One Room – One Nation. Other award-winning productions include Lost Nation: The Ioway, and The Barn Raisers.