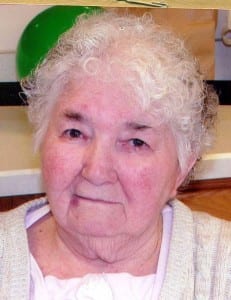 years, of West Unity, passed away Monday, September 24, 2012 at Hillside Country Living, rural Bryan.  Edith was born April 2, 1922 in Ripley, West Virginia, the daughter of Samuel Curtis and Edna (Pickens) Anderson.  She married Frederick durst on July 16, 1946 in Ripley, West Virginia, and he preceded her in death on April 9, 2000.  Edith was employed as a machine operator for Beatrice Frozen Specialties in Archbold for nearly 25 years, retiring in 1987.  She enjoyed reading, sewing and caring for her family.

Those planning an expression of sympathy are asked to consider memorial contributions to the Patient Activity Fund at Hillside Country Living, 09876 county Road 16, Bryan, Ohio 43506.