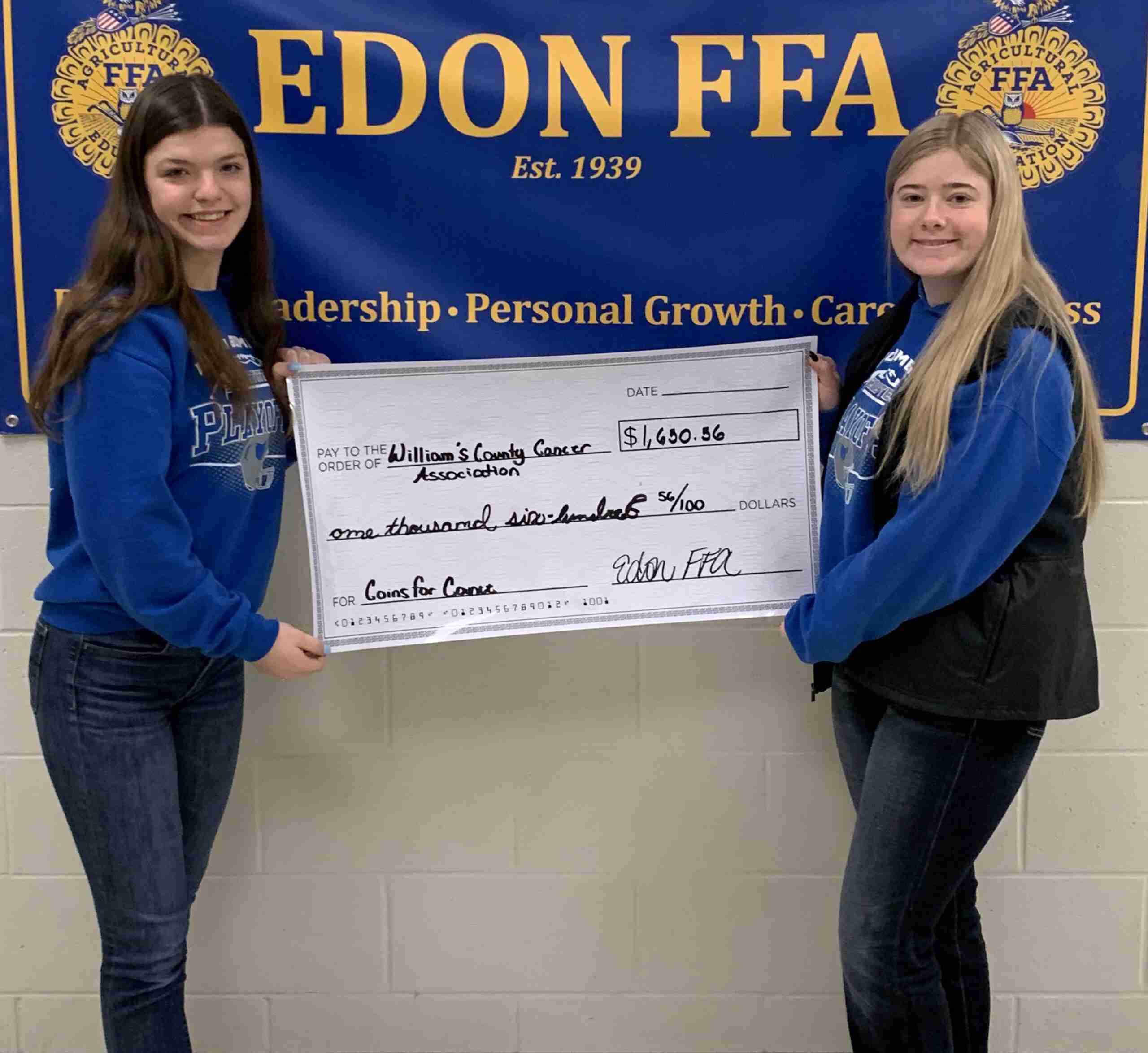 DONATION … Edon FFA Officers Maddison Gearing (left) and Emma Howard reveal the grand total of the Coins for Cancer fundraiser for Cancer Assistance of Williams County that was held during FFA Week.

In celebration of FFA Week, the Edon FFA Chapter organized an event called “Coins for Cancer” and encouraged all students PreSchool-12th grade to bring in change over the course of FFA Week.

The class with the most money collected earned a donut party, with all proceeds going to the Cancer Assistance of Williams County.

Throughout the week, the contest promoted friendly competition between the grade levels, and the winner was Mrs. Peter’s Kindergarten class which brought in $279.40. In total, the students and faculty at Edon raised $1,650.56 during the event.

Cancer Assistance of Williams County is committed to serving individuals who are in crisis by counseling patients and their families during and after diagnosis, as well as offering financial assistance with medication, mileage, and other medical expenses.

This was the fourth year that the FFA has held a fundraiser for this organization, and because of the success of the event, they plan on making it an annual community service project.

Edon FFA President, Emma Howard said, “I believe that as a chapter, we should be inspiring our current, and future members, to be active in community service.”

“By holding the coins for cancer fundraiser, it shows that our community is actively supporting citizens battling cancer. We want them to know that not only is the FFA chapter supporting them, but the community as a whole.” 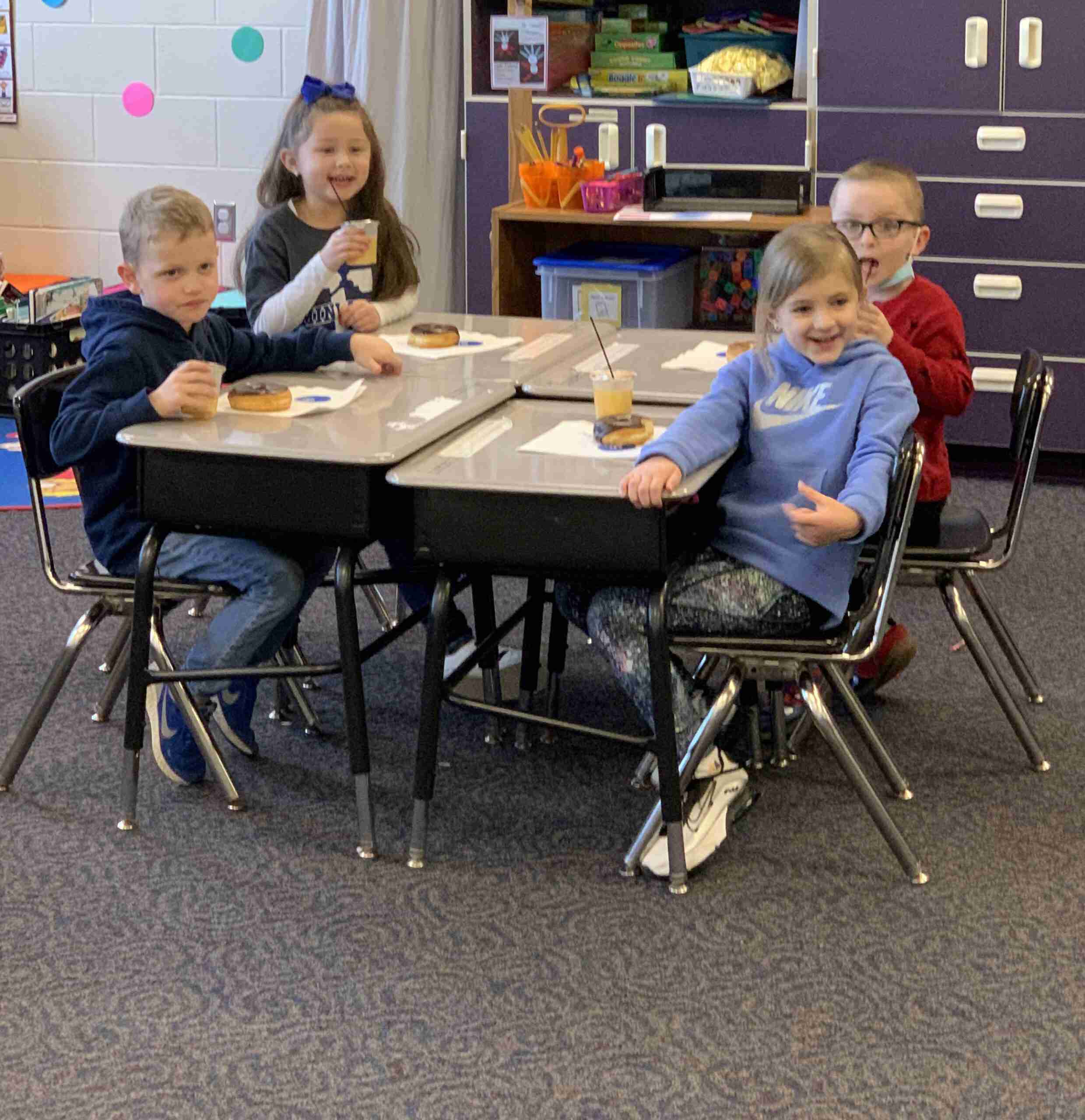