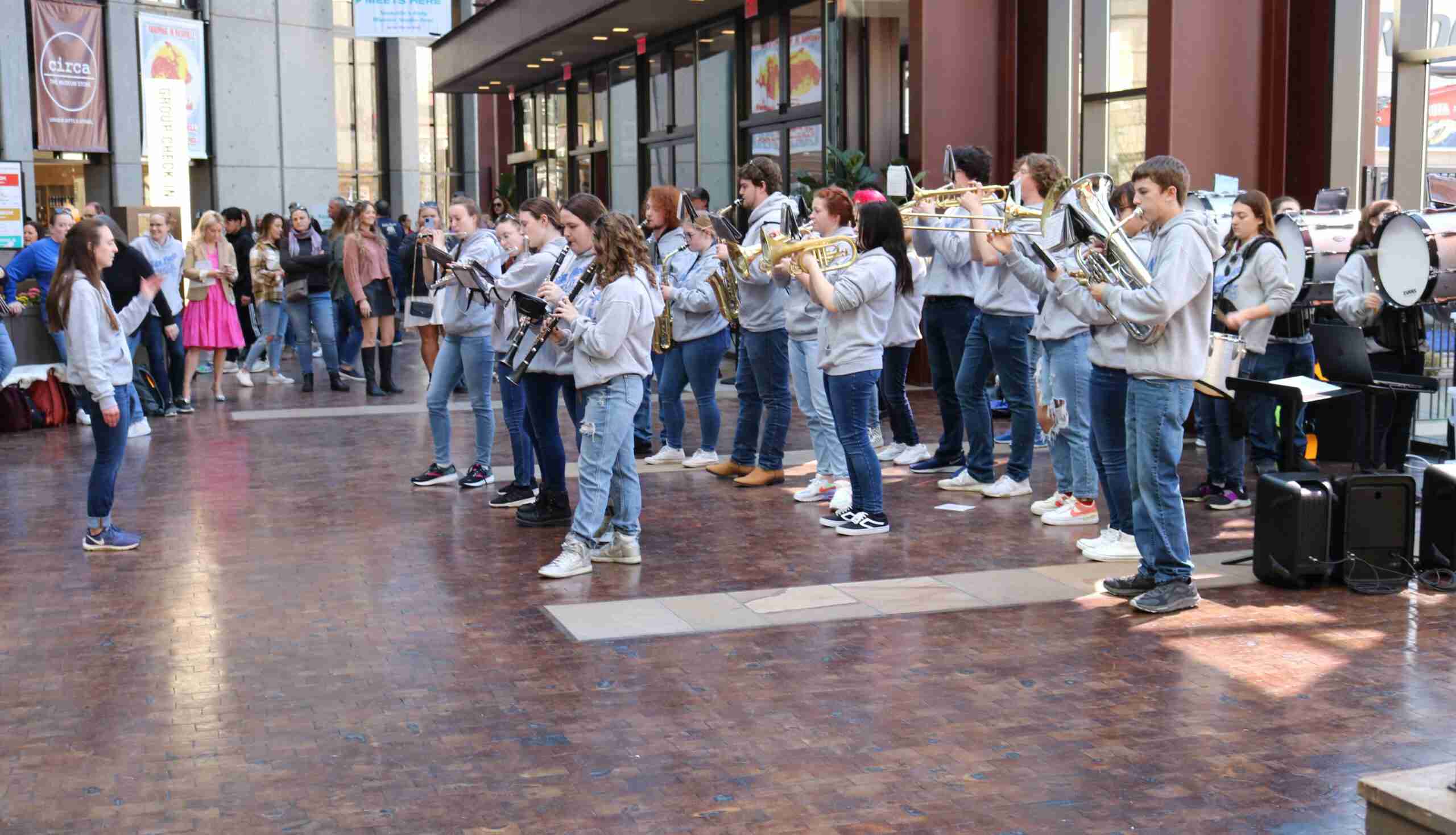 A total of 71 Edon High School students found an usual and productive way to celebrate their spring break. The high school’s band and choir got to perform at Nashville’s Country Music Hall of Fame’s Grand Lobby.

Cathy Frastaci was the choir director and Sarah Kipfer directed the band.

The group also went sightseeing, including touring the Musician’s Hall of Fame. The group was also rewarded with a special treat. Senior Allison Kaylor got to play on the same Steinway Grand Piano that Elvis played on while recording.

“The group was asked who plays the best and they all pointed to me,” Allison said. “I was a little nervous at first, because I didn’t have any music in front of me, but it worked out. (The experience) was incredible. I was honored.”

This was Allison’s first trip to Nashville and is in both the choir and band. Allison said the group sang five songs and then the band played, right after. In the band, Allison plays the mellophone.

“I think both groups did the best they have ever done,” Allison said. “I can’t choose between the two groups. I like both of them equally. My favorite thing to visit was the musicians hall of fame, because they had a lot of different instruments that you could try out.”

It was also the first time that Allison’s twin sister Ashley, also a senior, visited Nashville. Ashley plays the trombone in the band, as well as sings in the choir.

“I’ve been playing the trombone since fifth grade,” Ashley said. “I first tried it because it was the instrument that I could play the best.”

“I like band a little bit more than the choir, because of the people who are in the band. My favorite thing to visit in Nashville was the Grand Ole Opry.”

The trip to Nashville was the second one for senior Jayden Craven. He is also in both the choir and band and plays the saxophone. He has been playing the instrument since fifth grade.

“I originally wanted to play percussion, but my teacher said I would get bored with percussion, so I tried the sax,” Craven said.

“As far as which group I like better between choir and band, I like them both equally. I didn’t get the chance to do something unusual like Allison did.”

“Even if Elvis had played the sax, I doubt if they would have let me play his instrument. My favorite thing to visit, though, was the musicians hall of fame, because of the different instruments that you could try out. Ironically, I really enjoyed trying the drums.”

At any rate, the trip to Nashville was a memorable one for all who went and will be one that they remember for the rest of their lives. 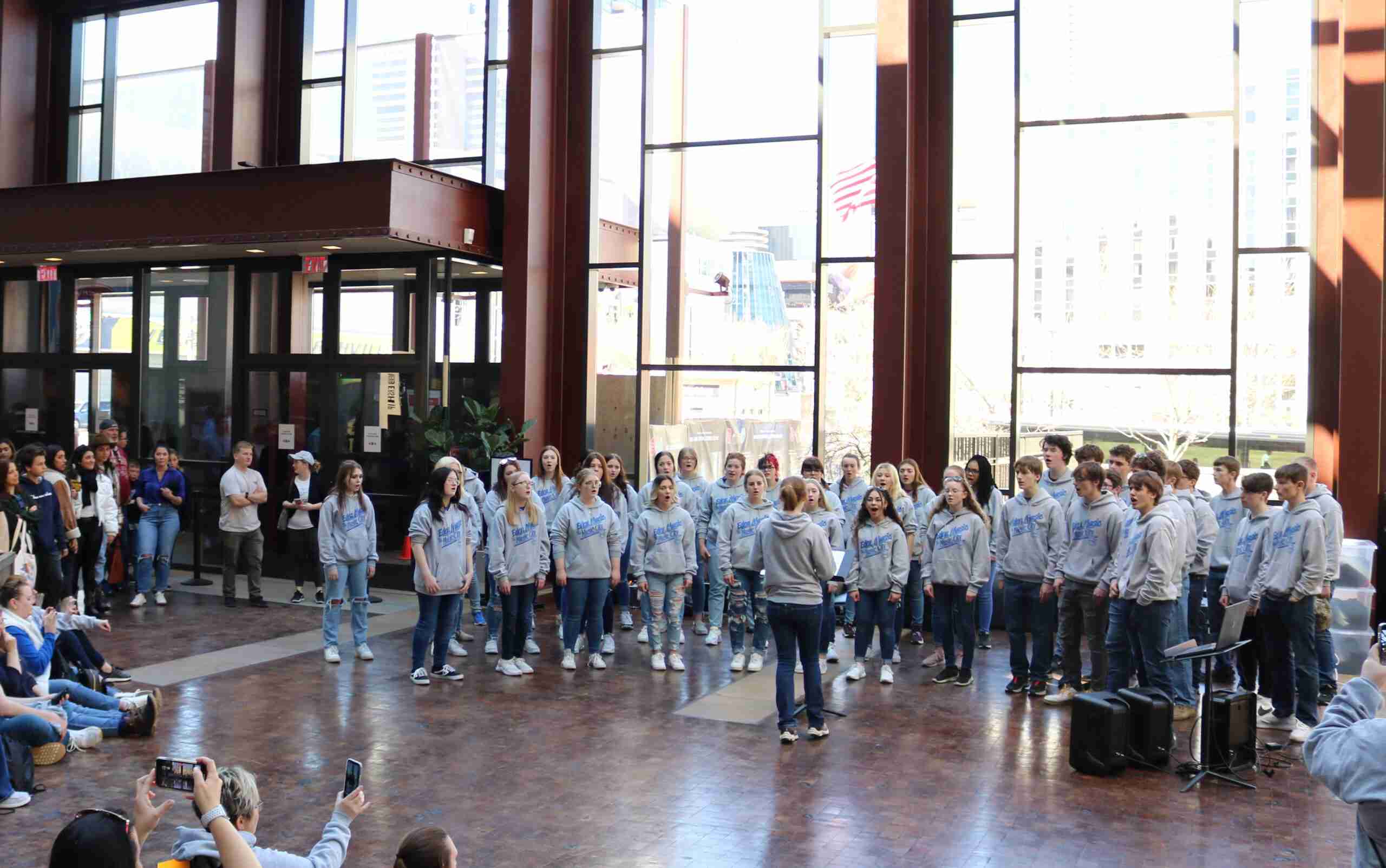 NASHVILLE TRIP …The Edon High School choir performs in the Grand Lobby of the Country Music Hall of Fame on March 14th. 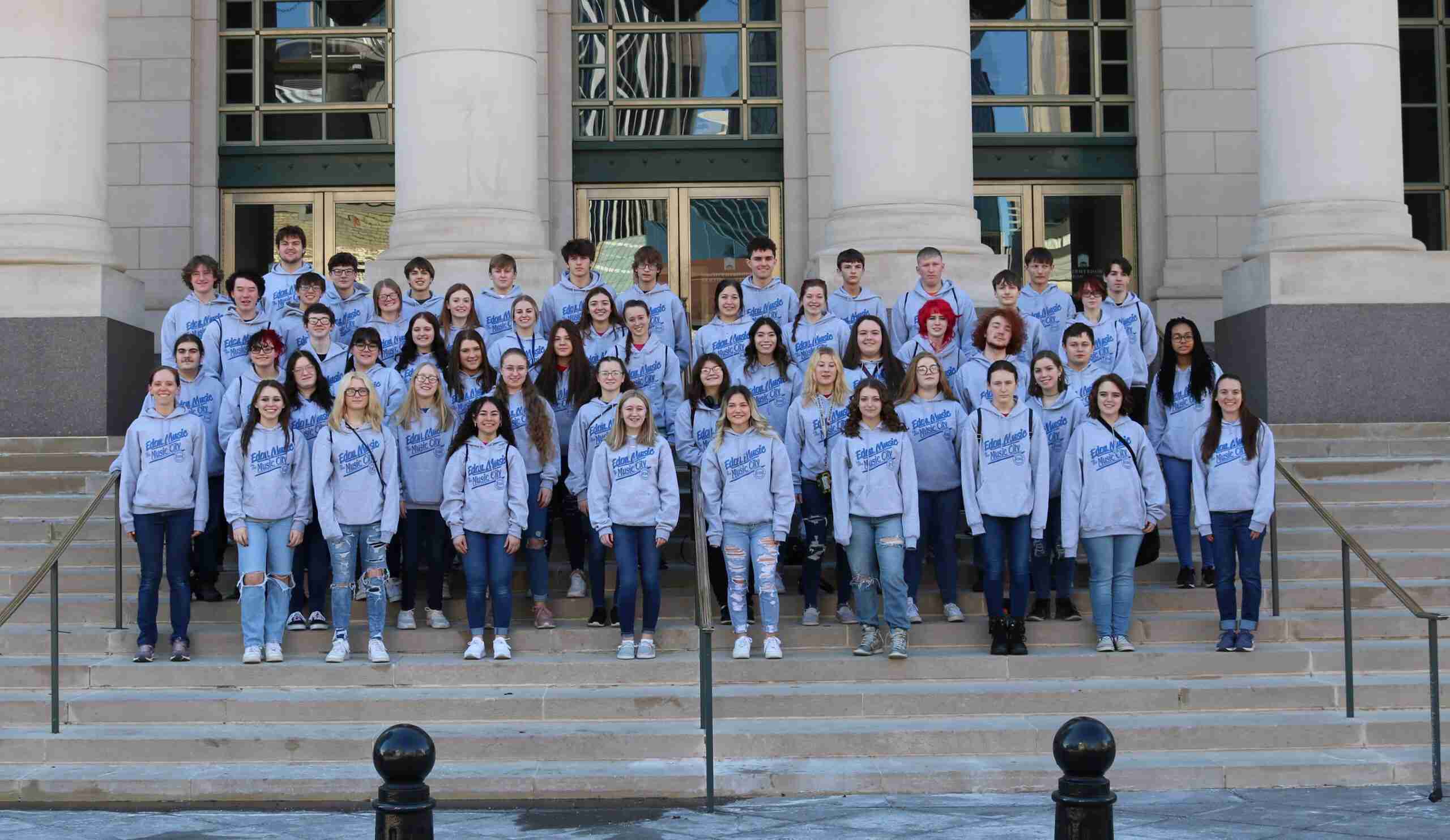 NASVILLE TRIP … This is the group picture from our trip on the steps of the Schermerhorn Symphony Center in downtown Nashville.