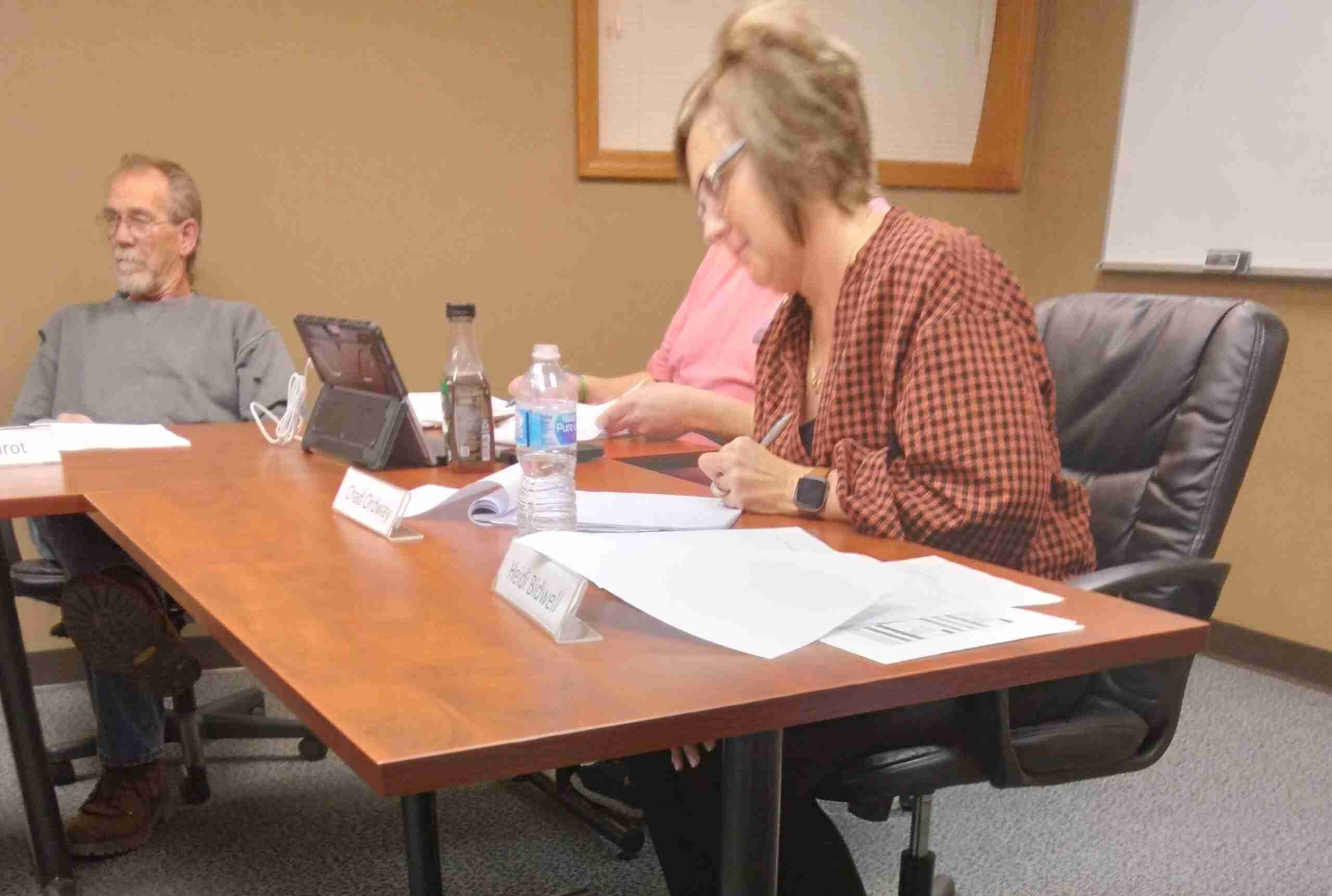 BUDGET UPDATE … Edon Village Fiscal Officer Heidi Bidwell gave a presentation on the village’s budget, which will be updated on the next meeting, on December 30. (PHOTO BY DANIEL COOLEY, STAFF)

First, village council approved the minutes of its last meeting and then passed Village Fiscal Officer Heidi Bidwell’s presentation of ‘the finances and bills.

Village Administrator Chad Ordway announced that leaf season is finally done and that the building pad is 95% complete. Village council then passed Ordway’s request to have the vacation hours that he couldn’t use be moved to next year.

Next, Loughborough mentioned that “there was not a lot of direction in promoting Edon,” he said.

Loughborough suggested that the village hire a publicist, for a few thousand dollars per year. He also stated that there are a lot of things to market and that there is a plan needed to develop the town.

There is a person that Loughborough has in mind. He has held discussions with Ordway and some others about a particular person.

Edon Village Council then moved into executive session, which is not open to the public.