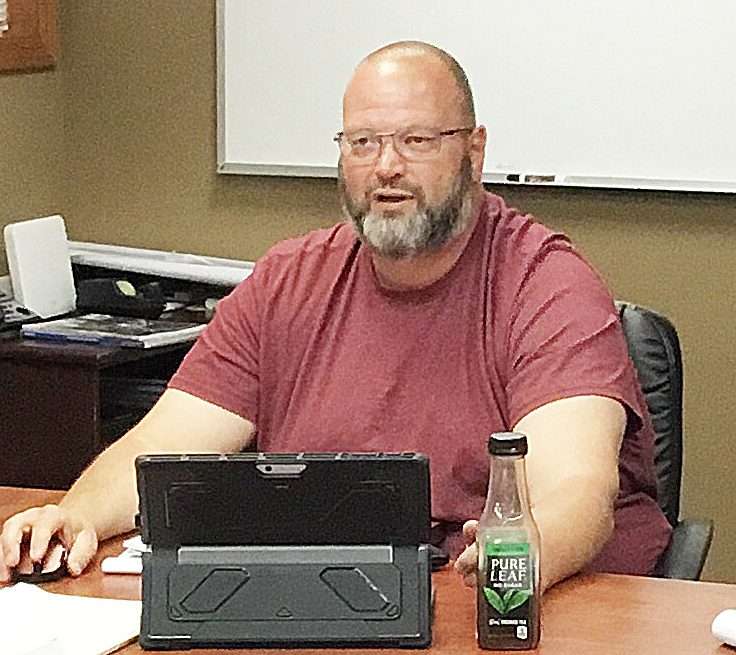 All council members were present with two of the three Florence Township Trustees, Don Imm and Bert Brown. This meeting is required for an Edon Union Cemetery committee report.

Items covered in the meeting included:

Council continued their meeting after trustees left, with the approval of previous meeting minutes and financial report and bills. It was announced that the office will be closed on July 4th.

In Committee Reports, Council member Brook Morris shared concerning Safety Committee that they will follow up on the Draft Agreement which had already had some discussion.

Nothing has been done about the data from the speed signs since they were adjusted. For Park Committee, Lee Lawrence reported that the Playground Equipment was delivered, all except the Jelly Bean.

The committee will meet again on July 14 and they will set a Volunteer Build Day at that time. A number of residents have volunteered to help build the playground and they hope to have it all done before Edon Days.

Lawrence also reported for Finance Committee, saying that they plan to do their mid-year review at the July committee meeting.

Chad Ordway, Village Administrator, informed council that A.R.S. (Archbold Refuse Service) will be “tacking on a fuel surcharge of 90 cents per household per month.”

When the fuel goes back down below $4 a gallon, that will drop off. Council voted to approve a motion to accept this decision for the village.

Ordway also shared that he received a Request for Project Qualifications for downtown and he would like two council members to volunteer to go over those with him. Loughborough and Brandon Thiel offered to do so.

The Foundation for Walk Bridge is being done, surface drainage for the playground equipment will be next and then mulching will be done.

In response to a question, he said that the “new hire” is doing well.

In legal business, council voted to suspend and pass the following:

Before adjourning, Loughborough asked Ordway to give other council members and Mayor Duane Thiel copies of an article which he had read. He said that in the light of the violence in other small towns of America, they need to be pro-active.

With no further business that evening, the meeting adjourned.