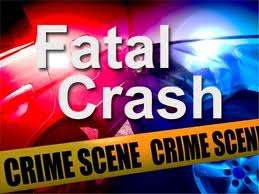 Bryan – The Defiance Post of the Highway Patrol is currently investigating a one vehicle fatal crash which occurred on Saturday August 29, 2015, at approximately 5:40pm, on US 6, near milepost 13, in Williams County. A 2006 Pontiac Grand Prix, driven by Amy Bibler, age 32, of Findlay, Ohio, was westbound on US 6. The vehicle traveled off the north side of the road, went airborne and then overturned into a creek. Ms. Bibler and her passenger, Richard Eagleson III, age 35, of Deshler, Ohio were trapped in the partially submerged car. Both Ms. Bibler and Mr. Eagleson were removed from the vehicle by emergency personal and transported to the Bryan Hospital. They were then taken by Promedica Life-Flight to the Toledo Hospital. Mr. Eagleson passed away at the Toledo Hospital, due to his injuries and Ms. Bibler is currently listed in critical condition.

The crash remains under investigation. Seat belts were not in use by the occupants of the vehicle and alcohol is not believed to be a factor in the crash. Assisting at the scene were the Williams County Sheriff’s Office, Williams County EMS and Bryan Fire Department.