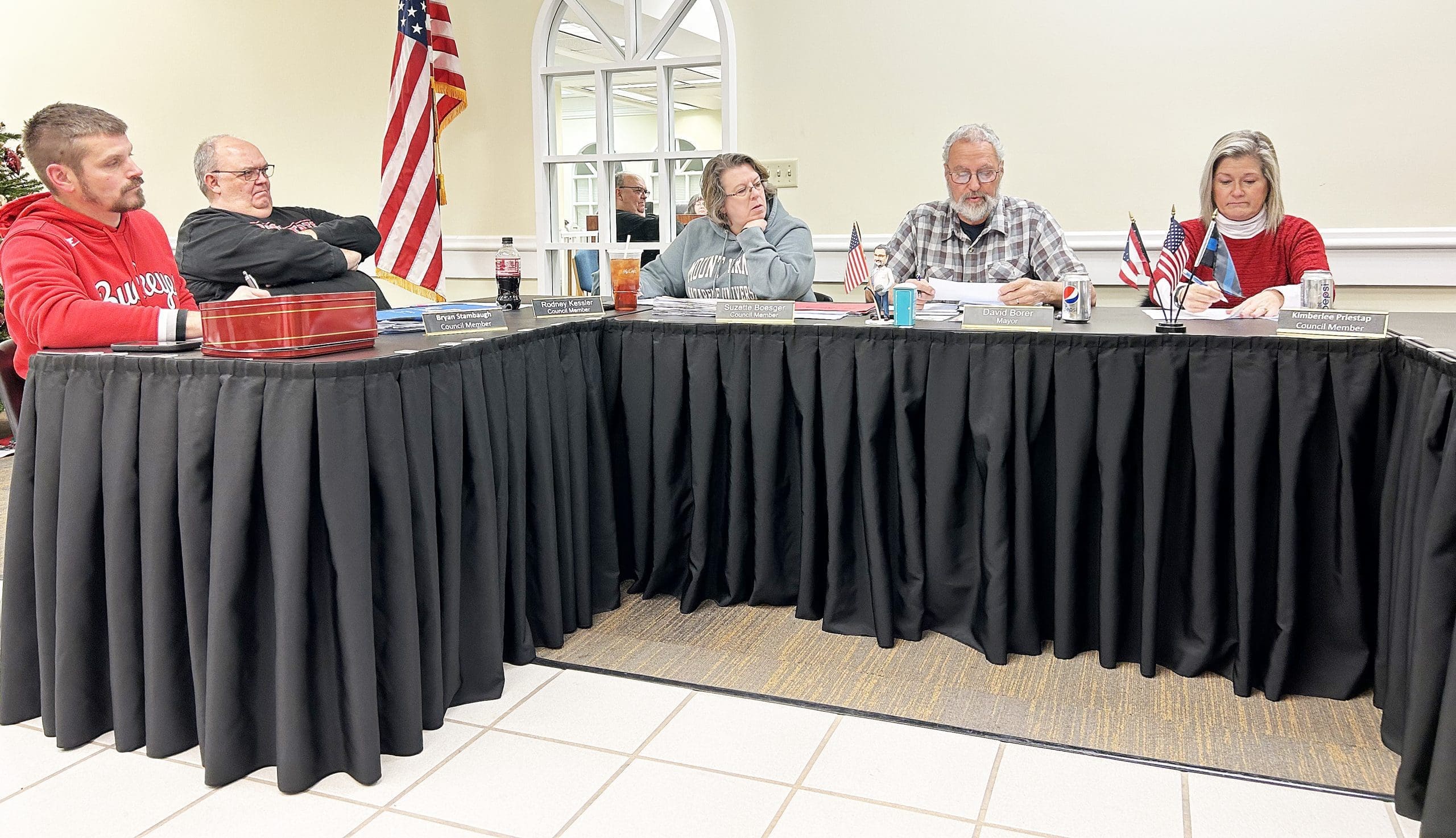 Fayette Village Council met at the village hall on Wednesday, December 28, 2022, with all members present.

Following the prayer and Pledge of Allegiance, council reviewed the agenda modifications including the removal of the appropriation modifications for 2022 and the addition of the executive session.

Visitor Karen King from the Fayette Community Development Corporation was present and shared with council that the next CDC meeting will be on January 16 at 7:00 pm.

She further advised that Fulton County Commissioner Jon Rupp will be on hand at the meeting to speak about the solar field and the new senior center among other things.

In the mayor’s report, Mayor David Borer shared that Roger Doriot of Doriot Farm will be having an open house on December 30, 2022, from 2:00 pm

to 8:00 pm at 22333 County Road L, Fayette.  Mayor Borer shared that Doroit Farm is looking for ideas to use their 100-acre farm to give back to the community.

Borer also shared that the Nationwide Children’s Hospital benefit concert will be held at Fayette School on January 7 at 7:00 pm.  Doors open at 6:30 pm and entry is a free-will donation.

According to Mayor Borer, other items of interest include:

In his report, Village Administrator Ric Beals shared that he was able to take part in the school mock evacuation on December 16.  “It was really well organized.”

Beals continued that on the same day he also met with Fayette Athletic Director, Kortney Kessler.  “We discussed the possibility of some little league games being played in the field here uptown.”

Beals added, “I told her that our problem was the inability to hire a park director and she had some ideas of individuals who might be interested in that position so that’s where we left it.”

The administrator shared with council that he will be taking a five-hour LOSS Team training at the Four County ADAMHS Board on the 5th.

The LOSS Team assists Fulton County Agencies in the event of a suicide.

In other updates, Beals advised that EPA water submissions for 2022 have been completed, the 2023 garbage contract goes out on the 2nd of January, and he has reached out to Triangular Processing of Liberty Center to discuss recycling options.

Lastly, Beals shared with council that a village employee approached him about the New Year’s weekend.

In past years, village employees had one-half day on December 31 and a full day on January 1 to observe the holiday. The employee’s request is that we just stay consistent with that.

It was explained to council, “We’ve done that for the last couple of years, but New Year was always during the week.

Council President Rodney Kessler offered, “It needs to be added to the handbook, whatever we do, to make it consistent.”

After a brief discussion, the village administrator’s report was accepted and council also moved and approved village employees to receive an additional one-half day off on December 31 in observance of the New Year.

The village fiscal officer’s report was accepted and a motion to pay the remaining bills in 2022 was approved.

In communications, Borer read to council a thank you note directed to the police department from an appreciative resident.

Council then moved and accepted the following ordinances and resolutions:

Prior to concluding the meeting, there was a short discussion about the water main break that took place on Friday, December 23.

Administrator Beals shared, “We had a lot of people there. There were so many people helping out.”

Beal continued, “So it was -30 wind chill, plus they were getting sprayed with water. I saw Zach and Joe and everybody, so positive, giving each other knuckles, encouraging each other.”

“It was awesome to see. They did a great job and I think you need to know that.”

Council then went into executive session with no further anticipated action.