FCA: Rising Up To Meet The Challenges Facing Today’s Kids 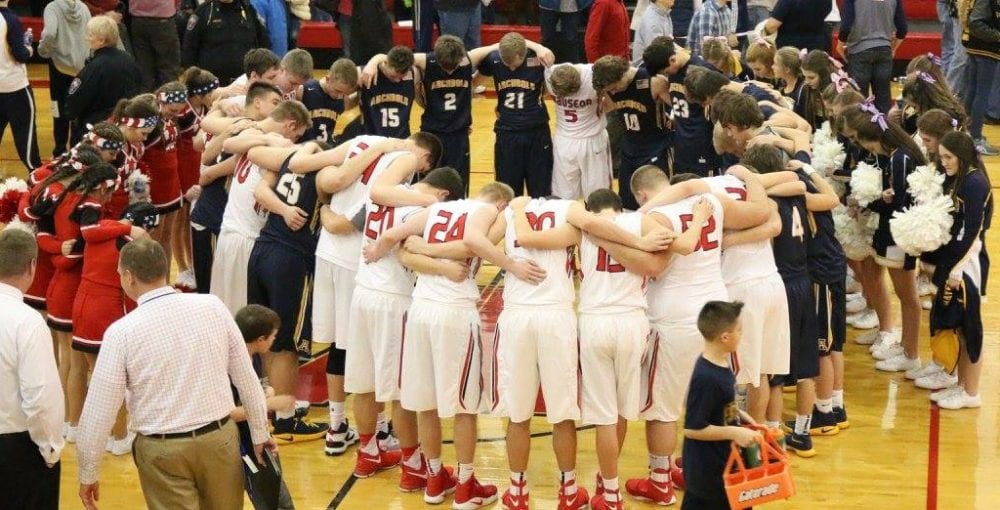 Finding someone more passionate about the well being of our area kids than Rex Stump is perhaps a fruitless endeavor. The Multi-Area Director of the Fellowship of Christian Athletes (FCA), Rex came onboard with FCA in the spring of 2004. Now in his 13th year at the helm of the Buckeye Border Chapter of the FCA, Rex is going non-stop, recruiting and training volunteers, establishing and visiting FCA Huddles in schools, talking to teams, raising funds, promoting the mission of the FCA, and taking on as many public speaking events as his already hectic schedule can handle. If you’re looking for a synonym of the energy level that he commits to the kids of the FCA, inert is not one of them. Rex is all in when it comes to the FCA, but he noted that there are those who don’t know what the FCA is, or what the FCA does for the kids in the local schools.

“A lot of times people will get confused about our impact or how big FCA actually is,” Rex said. “We are the world’s largest sports-based ministry. There is nobody bigger than us in what we do. It’s probably more prevalent down south then it is here up north, as far as impact.

You get down to Atlanta, they probably have more staff in Atlanta then we do in the entire state of Ohio. They’re just huge. There are football teams down in the SEC that have a full-time FCA staff member, just for the football team! I’m covering seven counties and 100-plus schools, and they’ve got one guy for one football team. I’m sitting here going, ‘You got it made dude! I’d love to be the chaplain for your team.’ The University of Georgia is that way. Clemson is that way.”

You can’t be a member of the FCA, and not be involved in some activity that the FCA promotes for the well being of the kids in the schools.

Team talks with volunteers, staff or coaches are a regular occurrence, as are Campus Huddle activities. Although they differ from school to school, they hold fast to the same core principles of service through faith in action. The Buckeye Border FCA is also jumping with activities coming up through the spring and into the summer months.

“We’ve got a 3D Coaching clinic coming up at the Huntington Center on March 18 in Toledo,” Rex said. “That’s going to be huge. We’re going to share the stage with Lou Holtz, and we want as many coaches there as possible. I’ve got free tickets to give away, so if you know any coaches, youth leaders, or anyone that works with kids, we want them there. Harbor Behavioral Services out of Toledo we’ll be talking about mental health issues. It’s about what’s going on with these kids with suicides, depression, alcohol abuse, drug abuse. They will probably take about 40 minutes on stage to talk about that. It’s going to be an eye-opening moment. A lot of times as a youth leader or a coach, we can see it. We know something’s going on. We see the symptoms, but we don’t know what’s taking place. They will be talking about that for about 40 minutes, then I’m going to come up on stage to talk about Three Dimensional Coaching. Every coach coaches at that first dimensional level…the physical aspects, and the Xs and Os. Only 15% though, coach at the second dimensional level…the emotional or mental level, and only 5% hit the third dimension of the spiritual. You can’t fix a second dimension problem with a first dimension solution…you need to get into the kid’s head. You’ve got to get to know them. You’ve got to get to know their home life.”

The upbeat Rex Stump continued, but his smile disappeared as he reflected a strong sense of urgency. “We’re getting a lot more coaches into the second dimension,” he said, “…but there’s still a huge number out there that think that coaching is just about the wins and losses, and getting their names out there. Coaching is more than that. I often remind coaches that they are like a surrogate parent to these kids, and we try to help them understand the power that they have as a coach, and that they have to take care of themselves in order to take care of the kids. I’m sorry, but wins and losses don’t mean anything…they really don’t. A lot of the coaches around here are starting to get it. 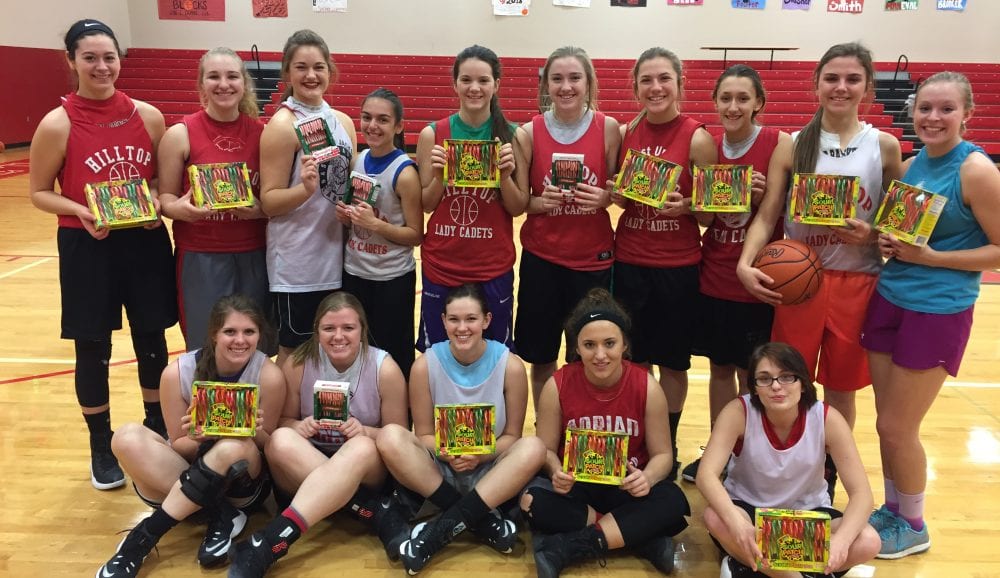 The smile returned as Rex continued looking forward to the upcoming activities of the Buckeye Border FCA, and their importance to the kids. “Our annual banquet is coming up on April 2,” he said, “…and our annual golf outing is coming up on May 13. Spring is when all of our big events hit. There’s no down time, so right now the big push is to finish strong. The Leadership Camp is coming up July 20th thru the 23rd. That by far is one of the top things that we are trying to emphasize right now. We need to build up our student leaders, because groups like the ACLU and the Freedom From Religion Foundation don’t like us. They don’t want us in the schools. It just floors me to think of all the negativity, with all the things that are going on in this world, and what our kids are being hit with with mental health issues, suicides, and drugs. With all these things coming at them, you’d think we would want to help these kids, and the person with common sense would say, ‘Yeah, we should be helping them.’ So along comes the FCA, and because these groups are so fearful of anything religious, they don’t want us anywhere near the kids. We definitely want to share the gospel. It’s our mission to present to every athlete, coach, and everyone that they influence the challenge of eventually receiving Jesus Christ as Savior and Lord, and serving in the fellowship of one another in the church. That’s our mission, but along with that mission is that when we walk into a school we want to help you make it in life.

Look, we’re going to tell you the answer is Jesus Christ. You may not like that answer, but even if you didn’t like that answer, the way to live for Christ in peace, hope, strength to make it through the day, it just makes sense. I would think that you would want that. We’re not bringing anything negative into the schools. I understand, though; the ACLU and Freedom From Religion doesn’t want us there. I get that.”

“We’ve got our roadblocks,” he continued. “That’s why we really have to develop our student leaders, so that when we as adults are not allowed to say something in the schools, those kids will still have the rights and the freedom to say things and to initiate things, to pray, and to read their Bibles. They have all the freedom in the world, as long as it is not distracting from their classrooms. As long as they are not interrupting what’s going on in their classrooms, they have the freedom and the right to do these things. The question is, do the kids understand this? Are they bold enough to really care about their peers enough to say something? Our Leadership Camp is about developing spiritual leadership…leadership on their teams, in their schools, and in their lives. It’s personal development. Last year we had an awesome camp. 46 students and 10 more college students were there being developed. Our college counselors are current and former collegiate players and athletes. They were incredible; they really drove this camp. The junior and senior high school kids that came as campers, walked out of there completely inspired and fired up! It wasn’t just because of what they learned, it was because of their camp counselors and huddle leaders. We’ve already contacted all those huddle leaders and ask them if they’re going to be back this year. The ones that I have heard back from so far have said that they are all in, and they can’t wait. Last year we had 56 attending…we want to double that number this year.” 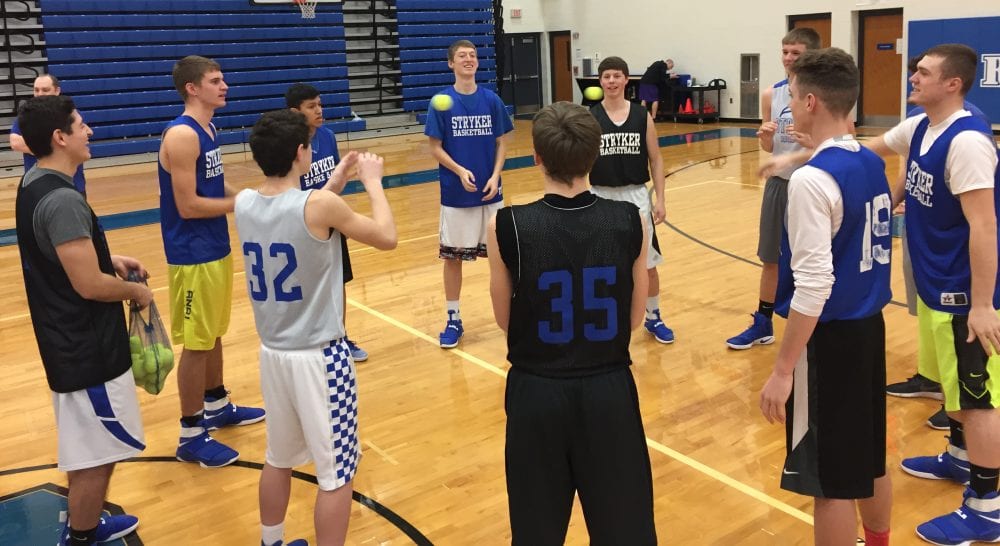 With the changing of the seasons, the 2016-17 school year is coming to a close. For Rex and the staff of the Buckeye Border FCA though, it is no time to take the engine out of drive and coast to the finish line. “Right now,” he said. “…it’s all about finishing strong. I try to remind the students that they’ve only got a couple of months left. It’s so easy in the spring to just tail off. There’s a big difference between finishing, and finishing strong. It’s like riding your bike as a kid growing up. When my brothers and I, or my friends and I got done riding our bikes, we would see how big of a skid mark we could leave on the driveway or the pavement. That’s how you would finish riding your bike! When you finish, you leave a mark. The challenge for our Huddles is leave a mark…finish strong. It’s not easy because the seniors are thinking graduation. The weather is getting nice, and everybody’s mind is going blah-blah. Finishing strong…yeah, that’s the big thing.”

For the Buckeye Border FCA, finishing strong is a given…then comes the summer months. As we have seen though, Rex and his staff are not about rebuilding…they will be reloading. The summer ‘club’ sports programs like the AAU? The FCA is well involved at that level too. Like Rex said earlier, there really is no time off. Once the practices for the 2017-18 fall sports programs commence in the area colleges, junior high and senior high schools, the local Huddle leaders will be back in action there, and the work of the Fellowship of Christian Athletes will go forward with the kids on the fields, on the courts and in the classrooms, helping shape the future…one kid at a time.