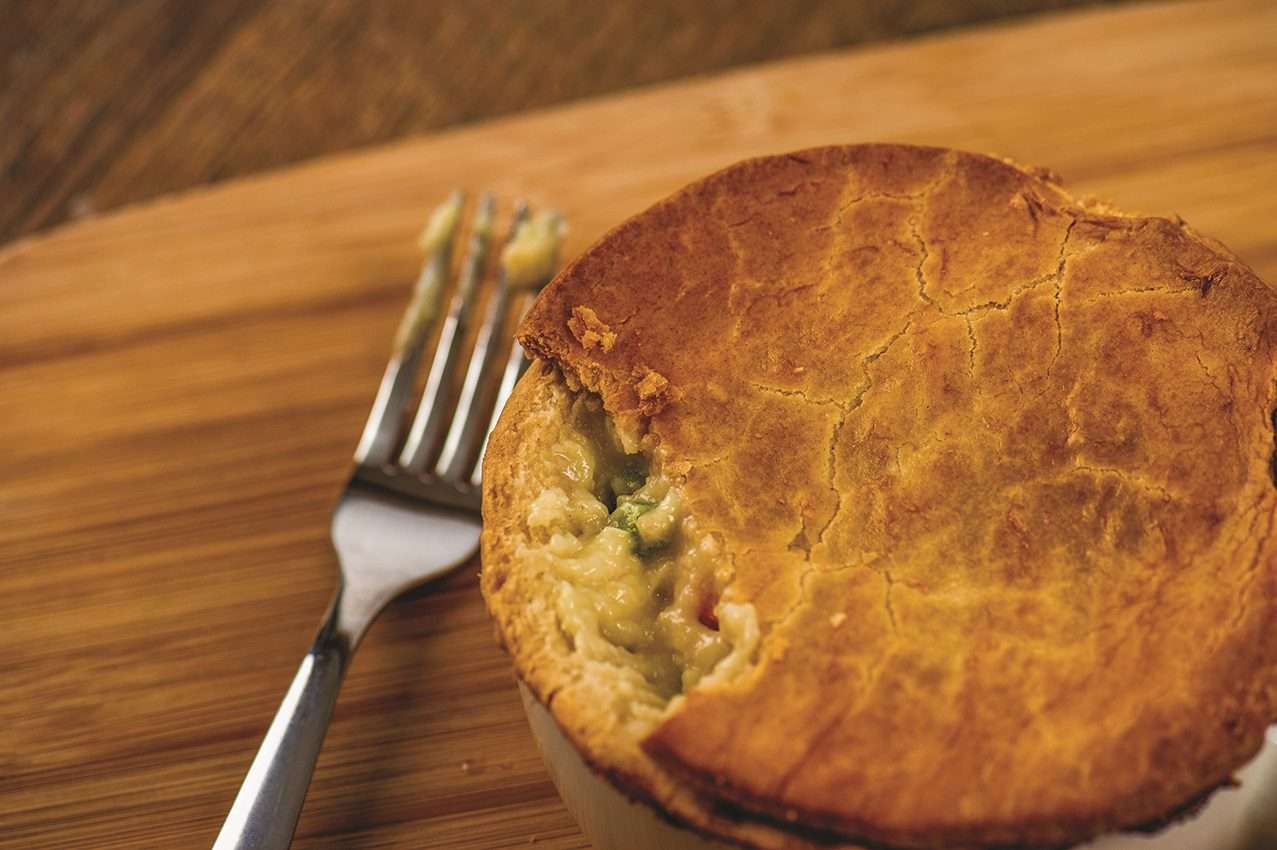 It was a wintry day in 1879 when Jacob and Elizabeth (Mattie) Miley set out for the church with their bobsled and team. They arrived at the church and were joined by Jacob’s brother Thomas and his wife Caroline (Cally) Miley, who were there to help serve the supper. . .and serve they did!

The food was placed at the front of the church near the pulpit, and the diners sat in the front pews, where they were served by Jake and Tom Miley.

Coffee was made and kept hot next door at Mrs. Wood’s house. The menu consisted of fried chicken, hominy, pickles, bread and butter, cake, and coffee. The price was ten cents, and the ladies made $4.00 on their venture.

This was the beginning of what has come to be called the Chicken Pie Supper at Wauseon First Christian Church (Disciples of Christ).

Those who prepared the food and those who were served enjoyed the Chicken Pie Supper so much that it became an annual custom and has been served each year except 1943 (during the World War II because of sugar rationing) and 2020 (due to the COVID- pandemic).

But in 1944, even though rationing was still on, members of the church saved their stamps and donated them to be used for the Chicken Pie Supper.

Later, a bazaar was added in connection with the meal so that those attending might purchase the needlework, crafts, and other “goodies” prepared by members of the church.

The custom has continued with a bake sale replacing the bazaar, and members still enjoy the fun, fellowship, and yes, frustrations of preparing for the event with an annual attendance of over 900.

This year, on Wednesday, November 10th, the 141st annual Chicken Pie Supper will be drive-thru only, from 4:30 until sold out, in the church parking lot north of the fellowship hall. Carry-out will also be available.

The public is cordially invited to enjoy this special tradition. The church is located at 129 East Elm Street in Wauseon next to the library and across from the post office.