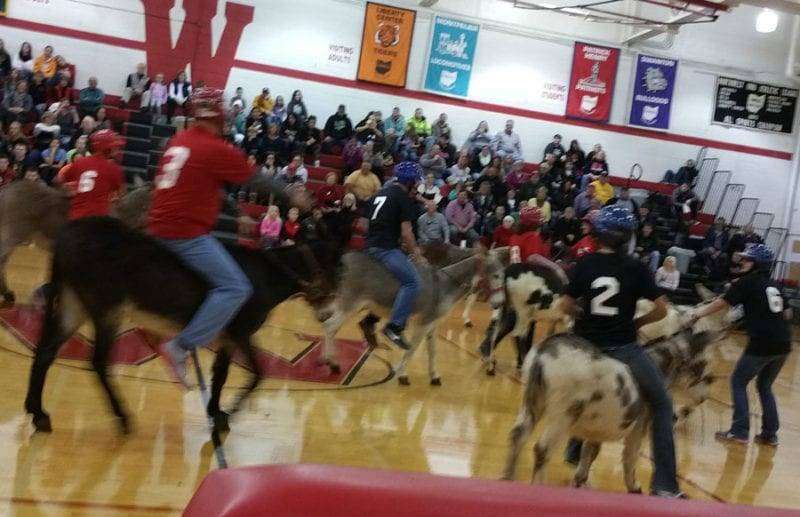 On November 30th the Wauseon FFA held the first donkey basketball fundraiser. This was a huge hit with the FFA members and the community members that came to watch. For those of you that do not know what donkey basketball is, it is when you have a team of eight people and you have four donkeys per team. You start on the opposite side of the basketball court that has your basket on it. The ball is set at center court and you must get the ball while riding your donkey, to pass there must be one person on the donkey. You play two six minute halves the winner at the end moved on to the championship game. In between the qualifying games and the championship game we gave rides to the young children that attended the competition. From all of the positive feedback that I have gotten on this activity I can foresee this fundraiser becoming an annual fundraiser. This fundraiser would not be possible without the sponsorships that we got so we would like to thank our sponsors as well as the alumni for helping make this possible.