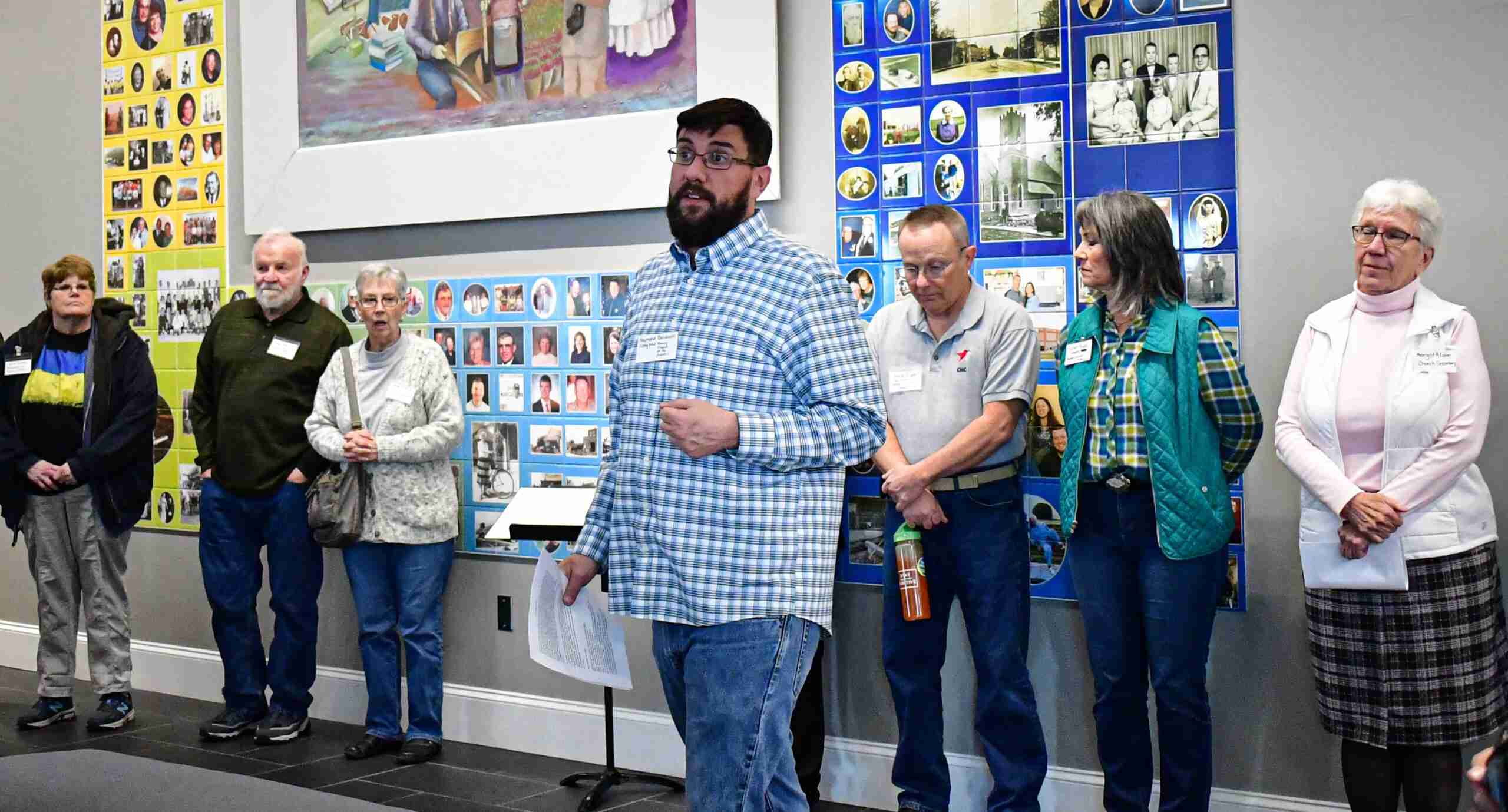 Museum and Welcome Center of Fulton County, Ohio was turned into a crime investigation scene as participants roamed the building in hopes of solving a murder mystery.

As people walked through the doors at 4:00 p.m. on March 26, 2022, they became detectives in solving the mystery of what happened to Pastor Dayton Degroat.

Museum Operations Manager, Scott Lonsdale, stated, “The story line of this event was based on a true story from 1918, when a Pastor Degroat went missing for three weeks and mysteriously turned back up.”

Thirteen volunteers, including Scott Lonsdale, who played the role of Raymond Baldwin, were placed in all areas of the Museum as interviewed suspects.

The plot and story for this event was written in just two months, by Mr. Lonsdale and one other Museum Board Member.

Dayton Degroat was made a missing person back in 1997, after he failed to show up to a conference in Cincinnati. One day after the museum had put out an add asking for a old trunk to borrow, a locked one showed up on the Fulton County Museum’s door step, when an un-known person or person’s dropped it off.

At the time of drop off the Museums camera’s were out. When the Director of the Museum was able to open the trunk with a skeleton key, a human skeleton was discovered.

It was up to the forty attendees that participated in the event to interview each person involved.

After guests began piecing together what truly happened twenty-five years ago, they discovered Pastor Degroat was murdered using a golf club.

Gang members stole major pieces of artwork and antiques from a Boston Museum, and needed to hide the items for some time before selling them.

Long story short; Two members involved in storing the paintings moved to Fulton County and when thinking they were safe, Degroat started catching on to the criminals.

When the two men had figured out Degroat was on to them, the thieves felt the best way to handle it was to get rid of Degroat on his way to the Cincinnati conference. To which he never made it.

When participants believed they had solved both who the murderer was, and their motive, they went to the crime expert to share.

Following solving the murder, people enjoyed refreshments and cookies provided by the Museum.