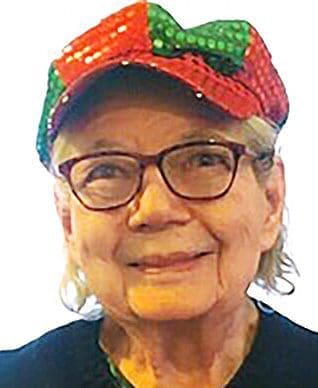 Helen worked as a mail runner for the Bryan Medical Group.

She was a member of the Stryker United Methodist Church, where she was a lay leader, Sunday School teacher and various church organizations; was active in 4-H including being an advisor; a member of the Jolly Homemaker’s Club and the Daughter’s of the American Revolution.

She loved music. playing the cello and was in the Bryan Orchestra. Helen was an avid bingo and card player and she enjoyed gardening and crafts.

Helen is survived by his son, Audy (Julie) Coy, of McBain, Michigan, his daughter, Nicky (Massimo) Fabiano, of Bryan; grandchildren, Gianluca Fabiano of Bryan and Erin Coy, of Rochester, Washington; sister, Leslie Jones, of Bracketville, Texas and brother, John Lawrence, of Angola, Indiana and many nieces and nephews. She was preceded in death by her parents and husband.

Visitation will be held on Sunday, January 15, 2023, from 1:00-2:00 P.M. at the Stryker United Methodist Church, with a memorial service being held at 2:00 P.M. with Pastor Crystal Goodnight officiating. Arrangements have been entrusted to Krill Funeral Service, 860 West Mulberry Street, Bryan

In lieu of flowers, memorials are requested to the Stryker United Methodist Church.

To send a flower arrangement or to plant trees in memory of Helen M. Coy, please click here to visit our Sympathy Store.