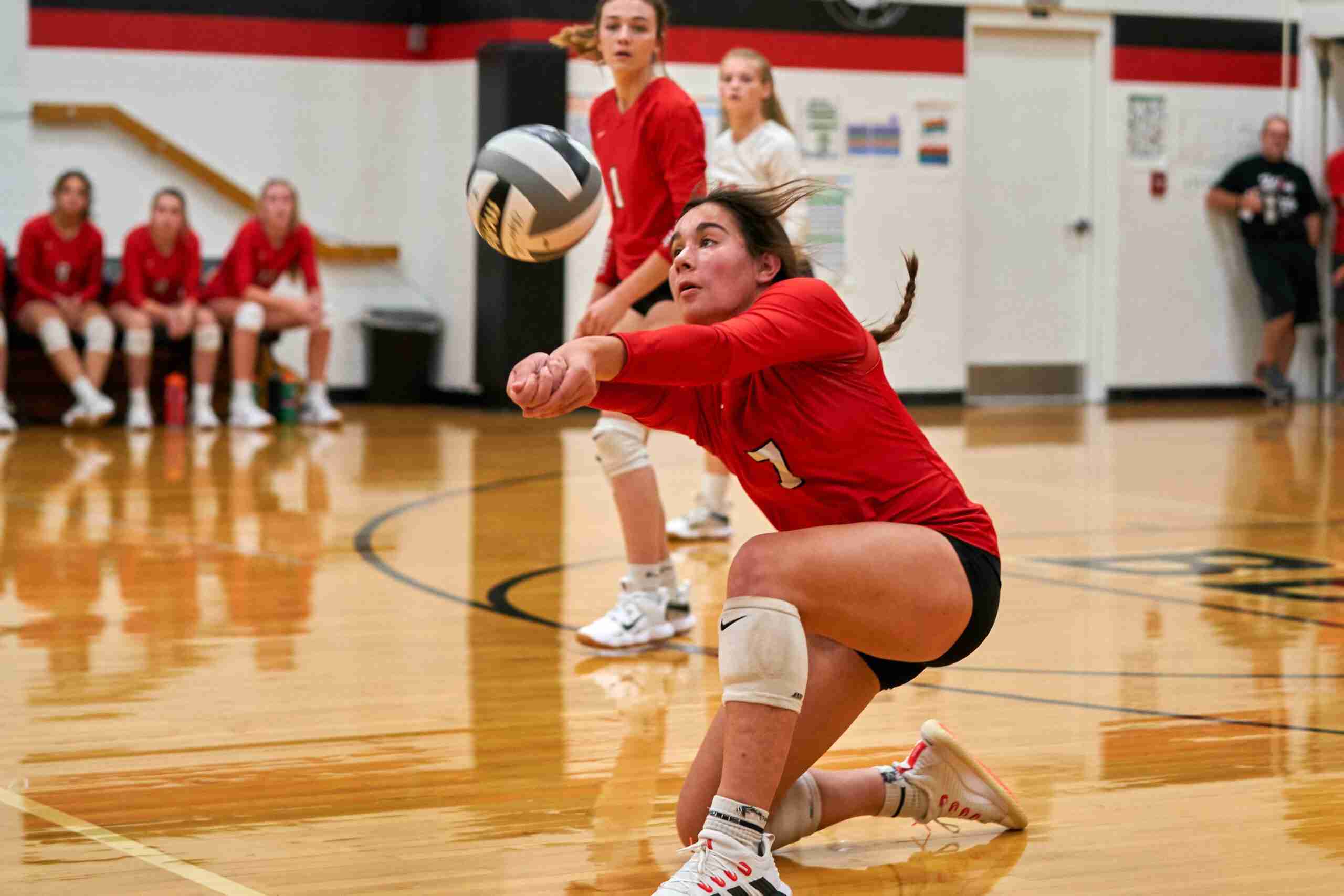 PIONEER – The first meeting of the year between the Cadets and Eagles went the full five sets with North Central prevailing in the nonconference matchup.

Neither team was able to grab a big lead early in the first set until the Eagles broke a 9-9 tie with four straight points to go ahead 13-9.

The lead ballooned to 16-11 after kills by Macie Gendron and Kendal Bonney for the Eagles, forcing a timeout by Hilltop head coach Janice Bruner.

The Cadets responded out of the timeout with a 7-2 run aided by two kills from Gabby Rodriguez to tie things up at 18-18.

A block by Hilltop freshman Libbie Baker tied the score again at 19-19 before the Cadets scored the final six points of the set, featuring back-to-back aces from Rodriguez and a Jayma Bailey kill.

Hilltop jumped out to a 4-2 lead in the second set and eventually increased it to 10-5 after a pair of hitting errors by the Eagles.

North Central came out in the third with a sense of urgency and after three straight Hilltop errors it was 6-1 North Central.

Bonney then recorded three kills and a block as the Eagles answered the Hilltop run with an 8-1 run of their own to take a 22-10 lead as they won the set 25-12 to force a fourth set.

The Cadets scored the opening four points of the fourth set but North Central came right back with five straight points to take a 5-4 advantage.

Bonney added two more kills with an Alexia Miller ace in between to increase the lead to 9-6.

It was Hilltop’s turn at that point as they went on a 7-3 run and after a Bailey ace the Cadets had the lead at 13-12.

Another 7-3 surge by Hilltop pushed their lead to 20-15 but North Central battled back with a 6-1 run helped by two kills from Madison Brown to deadlock the score 21-21.

Hilltop went back ahead 23-21 as Mia Hancock and Bailey drove home kills and once again though the Eagles responded with two straight points to tie it at 23-23.

Hilltop closed out the match from there with Hancock recording two kills to give Hilltop the set 25-23 and the match 3-1.

Bonney totaled 22 kills in the match for the Eagles (12-4, 1-1 in BBC) to go along with 12 assists, eight digs, and six blocks. Brown had seven kills, nine digs, 21 assists and Miller recorded 14 digs for North Central.

Nate can be reached at publisher@theevillagereporter.com