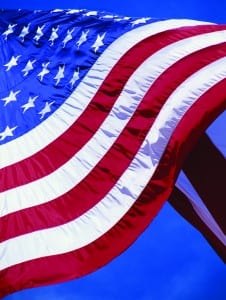 The first meeting of the year of the Holiday City village council on Thursday, January 17, 2012, was a brief one, with only a few items on the agenda. Shawn Clark was re-elected as council president. As there is presently no mayor, the council president assumes the role of acting mayor. This vote takes place yearly.

No ordinances were on the table at this first meeting, but three resolutions were read, and two were approved. Resolution R-2013-1 established termination dates of December 31, 2013 for blanket certificates. This serves in a similar manner as a purchase order, and is set up with a dollar amount each year to cover designated bills during the year allotted, and expires at years end. Council can draw from these monies to pay bills.

Resolution R-2013-2, a resolution authorizing the transfer of $49,947.58 from the General Fund account 1000 to the Debt Service Funds accounts 3401, 3901 and 3902 was passed for payment on the Village Hall building and two Water/Sewer line loans. Council heart the first reading of resolution R-2013-3, which would authorize the payment of certain fees for debt service related to water and sewage fees owed by village businesses to Montpelier. It was not passed during its first reading.

She asked for the council to approve her attendance at several clerk/treasurer conferences. Council approved this request and the financial report.

In his Village Administrator’s report, Gary Baker said that the ditch cleaning, which had previously been approved for this past fall had now been postponed until after the spring thaw. The ground is too frozen to take such action now. He added that the village still has the tornado siren in for repairs and that repairmen are still working on the electrical system in the siren. There has been no quote given for the purchase price on a new siren which is to be placed on the water tower next to Menards.

Before adjourning for the evening, council appointed members to various committees, and appointed Gary Baker and Sean Rupp as Holiday City’s representatives to WEDCO.

Council meetings are held on the third Thursday of each month at the Village Hall.