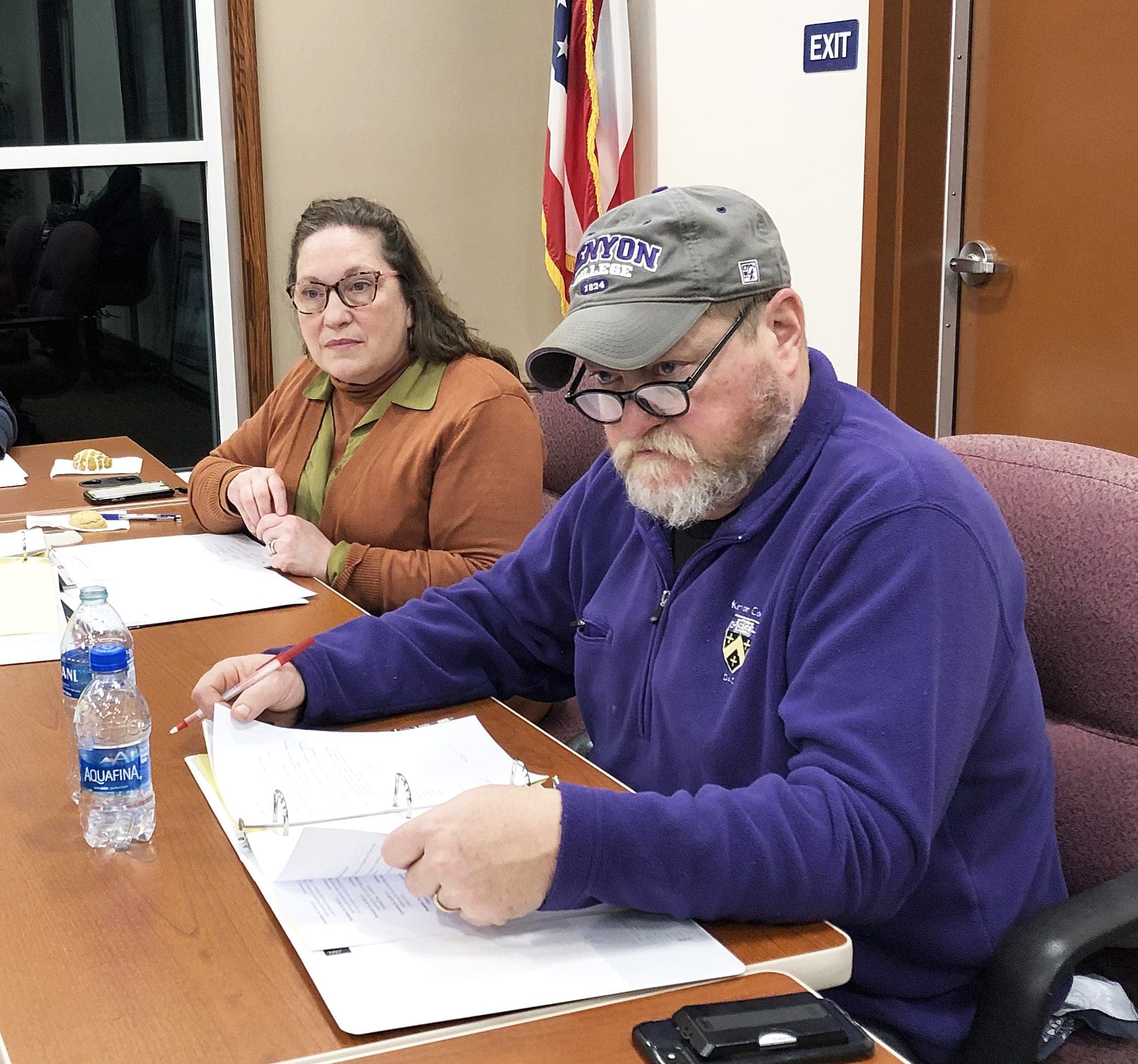 MAYOR AND PRESIDENT … Holiday City continues into 2023 with Mayor Pam Clark at the helm and her husband as council president, with the thanks of the rest of the council. With the small population, it has been difficult to keep the council seats filled and the Clark family is appreciated for their leadership. (PHOTO BY REBECCA MILLER, STAFF)

Holiday City Council voted to keep Shawn Clark in the position of President of Council, at the January 19, 2023 meeting.

They also approved a motion to keep the council meetings on the third Thursday of each month at 7 p.m. and heard the committee appointments from Mayor Pam Clark.

Also approved were the minutes from the December 15, 2022, meeting, the payment of the bills and three resolutions, all with emergency declared: 2023-1: Establishing the termination date for Blanket Certificates, 2. Authorizing the transfer of $35,000, and 3. Authorizing Then and Now purchase orders.

Fiscal Officer Laurie TenEyck-Rupp informed council that the $35,000 is for the final payment on the building of their new village hall.

They all rejoiced together, and it was wondered aloud if they should have “a mortgage burning.”

In her report, Rupp shared that she is wrapping up all the year-end reports and the W-2s have been given out.

She also reported that she is filling out some paperwork for F&M Bank as she received an email and call that it needs to be in for a changeover concerning the credit cards.

A concern about security cameras was raised by Rupp and discussion held with the facts pointed out that the old camera is “ancient” along with the computer, that allows them to check if someone is outside, being located upstairs in the attic.

It was determined that new cameras are needed to cover all of the outside area, especially since the new building needs to be included, and to have them be connected to computers in the offices for the clerk and the visitor’s bureau.

Campbell was asked by council to check into this and get back to them on it.

Village Legal Counsel Cara Wall reported that she is now a Notary. She also asked if they want a meeting with the special counsel and it was scheduled for the February 16, 2023, meeting.

Mayor Clark shared that the mayor’s meeting held the night before was very inspirational with a representative from Honor Flights as the speaker.

She also read a text message she had received from Nathan Thompson of the Rails to Trails donation they gave.

He let them know that $35,000 has been raised and he will keep them posted on details as things move forward.

Utilities committee reported that Sean Rupp had met with them and gave them a history of utilities in the village, which was very informationally helpful as they make plans for the subdivision.

Council voted to approve a rental agreement for 2023 with the farmer who uses the land that will eventually hold the subdivision that is hoped for.

Campbell reported that they are still waiting on parts for the sirens, the new signs out front of the village hall by State Route 15 are up and look great, and a tree trimmer is coming soon to trim the area trees that need it.

With no further business, and no executive session needed, the meeting adjourned at 8:10 p.m.