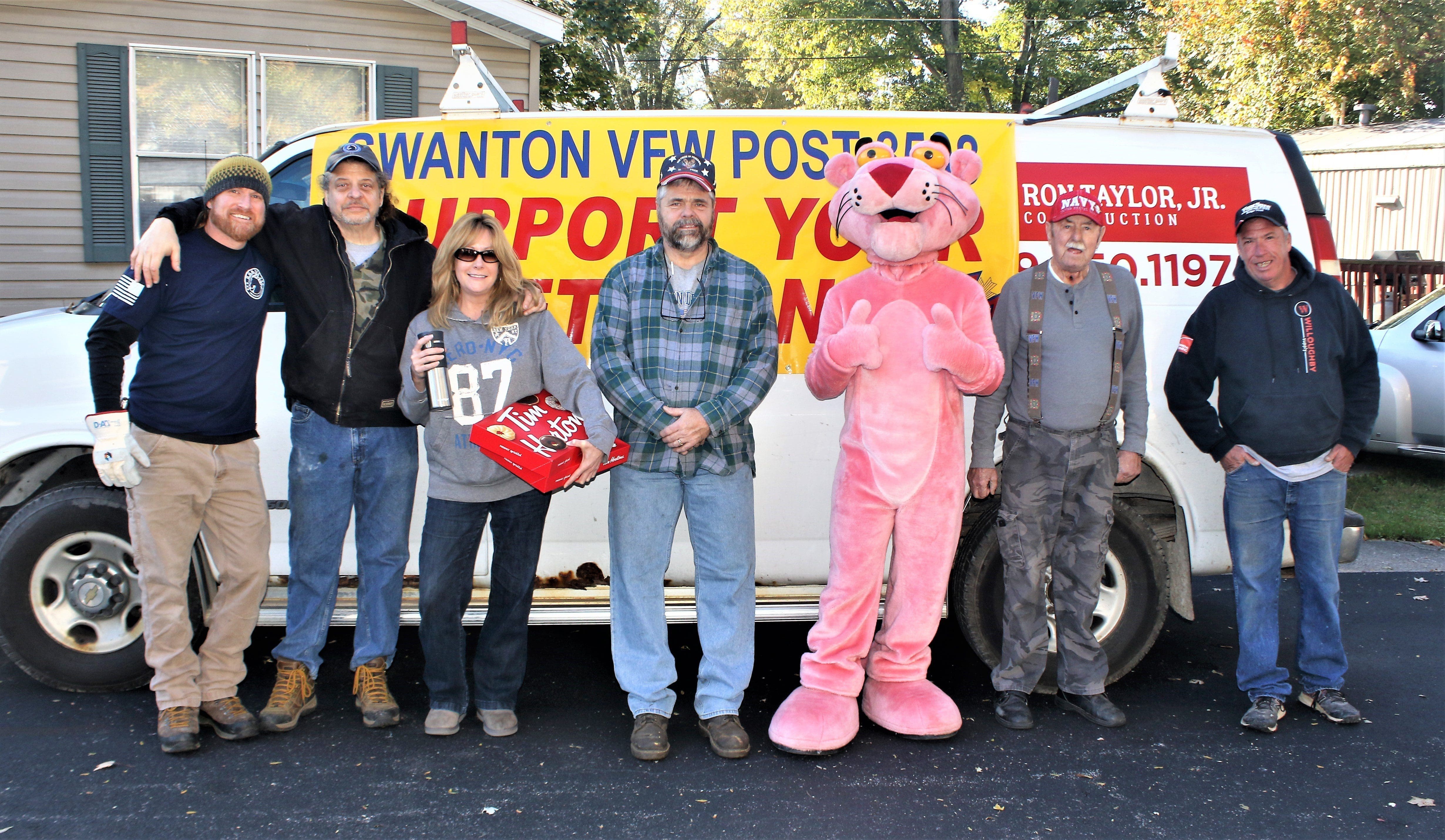 Ron Taylor, Jr. owns a construction company and he believes in thanking and helping veterans for their service long after they have taken off the uniform.

When he was informed by Swanton VFW Post 8598 that local Korean War veteran Larry Galusha was in dire need of a new roof, he knew exactly what he had to do. Ron enlisted the help of several friends and local companies to give back a small part of what Larry had given to his country.

Larry had mentioned to friends at the VFW that he had some roof leaks and Ron was quickly contacted. “I got a phone call from the commander of the Swanton VFW, Don Dundridge, and he asked for some help. I got up on the roof and looked and it need a little more than a roof repair,” said Ron. I contacted Owens Corning, Willoughby Supply (Maumee) and Gem Enterprises (Bowling Green) and they donated everything. Everybody came together to a little good in the world. It’s something I like to do every other year.”

Team Taylor was granted permission to stage everything at the parking lot of the Mail Pouch Saloon, close to Larry’s home. The volunteers met there at 8:00 a.m. and within a matter of just a few hours an American military veteran had a new roof.

Larry had served in the Navy during the Korean War and was honorably discharged in 1958 then served in a reserve capacity until 1963. He has lived in Swanton ever since leaving the military.