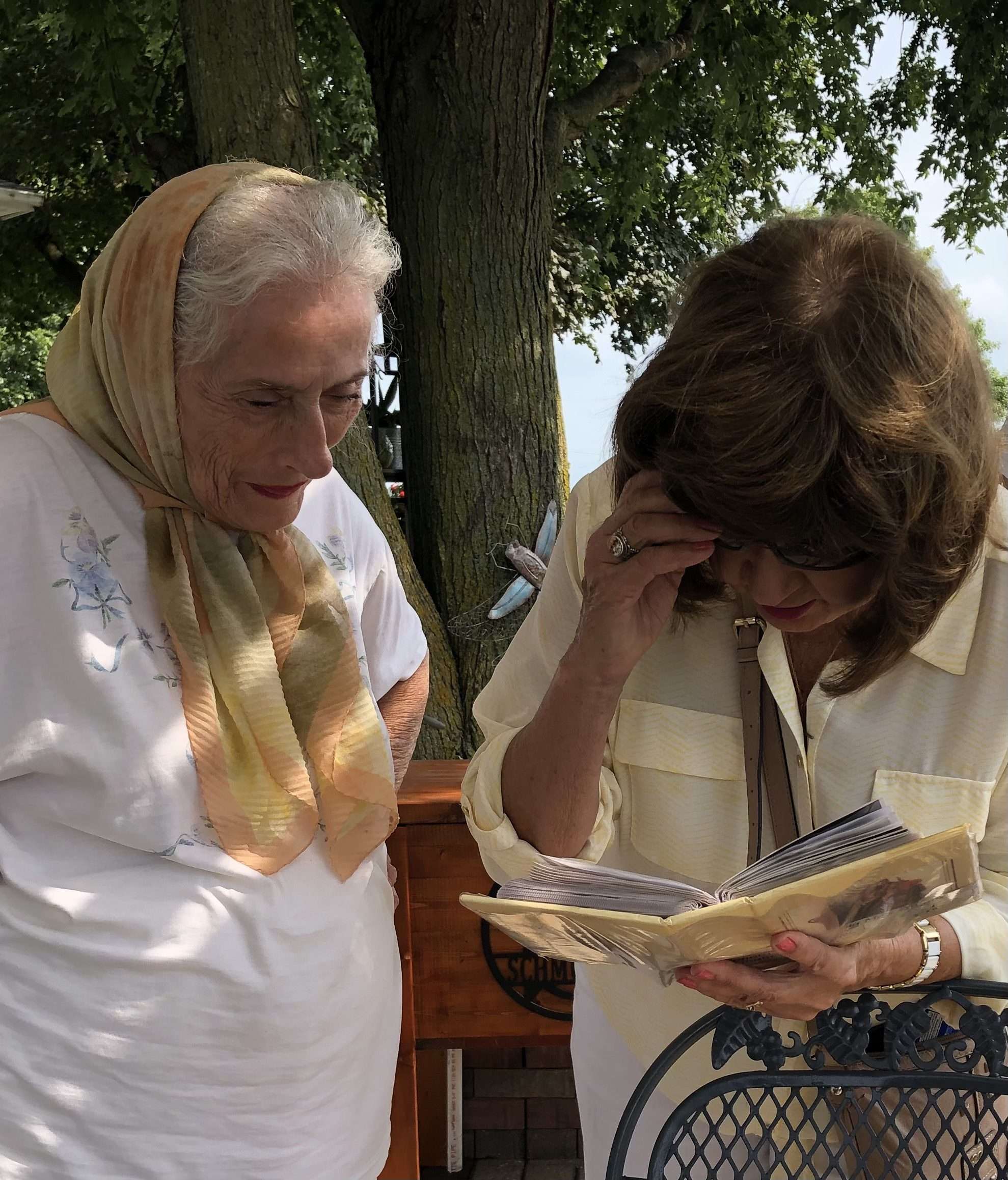 BEST PART OF A REUNION … Darla Eagy, on the left, brought some photo albums to the August 13, 2021 reunion, from the years they spent in dramatic productions together. She is seen here with Sharon Wisnewski as they tried to remember the names of some of the people in the pictures, laughed over some of them and enjoyed the memories. (PHOTO BY REBECCA MILLER, STAFF)

Back in the 1980’s the church called Living Word Fellowship in rural Stryker began doing performances, some skits and some major productions.

The Easter Productions became quite well known in the area and people drove from miles around to see the story of Jesus. It often included live animals as well as large “crowds” made up of extras who were happy to be a part of the dramatic productions.

Over the years in which they performed, a number of church members were deeply involved in the productions.

Recently a few of them got together to reminisce and enjoy some food and fellowship at the home of one of the couples who had been involved.

Peg Schmucker, the hostess, said that the mini reunion came about when she decided to invite a few of their drama friends over for a visit…and it kind of grew.

She originally had a list of sixteen people, but by the time it was held, around twenty three had been invited.

Those who could make it for the date and time that was set, came prepared to enjoy a potluck meal together and to watch some old videos of their efforts.

Denny Wisnewski, who played a large number of parts over the years but is best remembered for his role as satan, showed up with the videos.

Needless to say, they were not watched in silence, but with laughter and even some tears as they called out the names of their friends whom they may not have seen since all those years ago.

Reminiscences of different ones included:

-when Peg Nissen put a goldfish in the bowl where Pilot, played by Wisnewski, had to wash his hands

-Taking a skit “on the road”

-Forgetting lines and having someone else pick it up for you, or saying the completely wrong thing!

The sense one got in their presence, listening to them chat and remember, was that the best part of it all was the camaraderie they had from working together for so many weeks and getting to participate in the final product.

It may have been years ago, but these folks, and hopefully those who got to see their productions, will never forget those times.