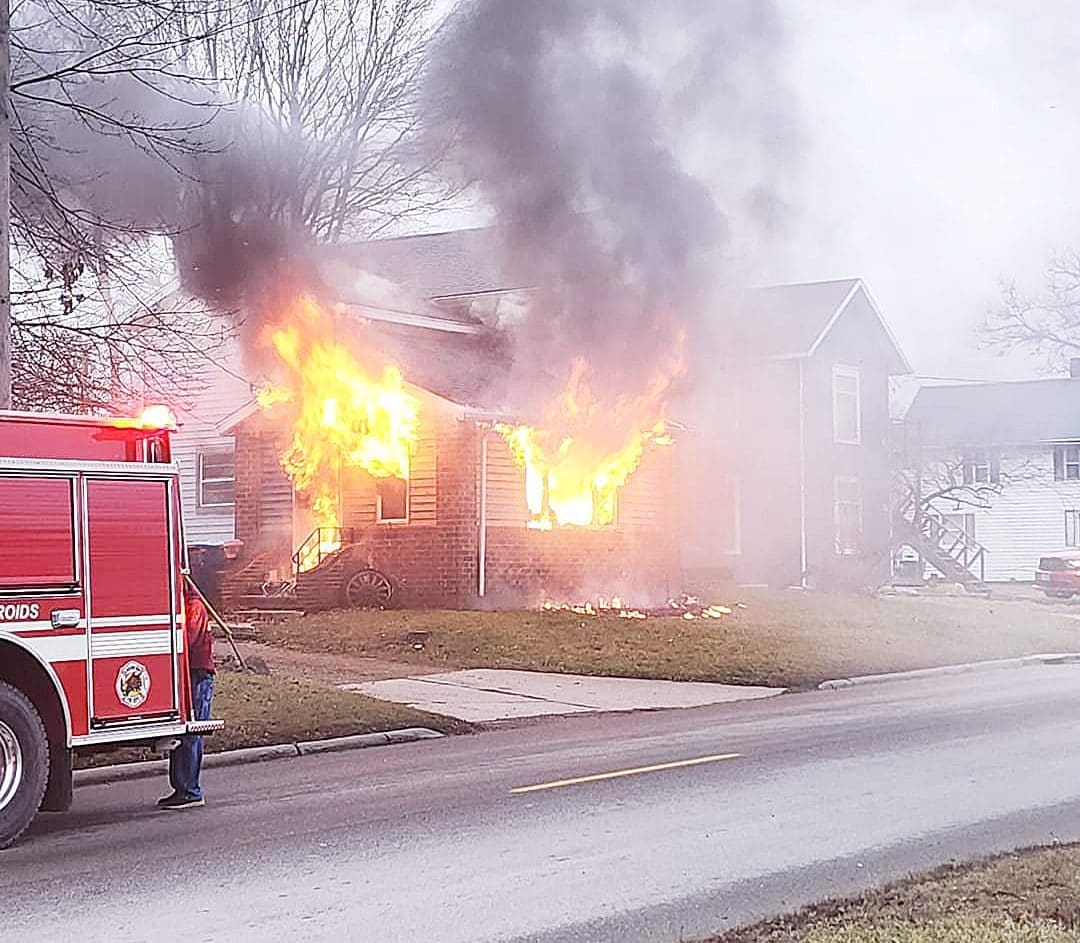 HOUSE FIRE … This picture shows that Joyce Pigmon made it out of the house just in time before it engulfs the area around the front door. (PHOTOS PROVIDED)

A woman was rescued from her burning home at 134 East Morrison Street in Edgerton on Saturday, January 21st.

According to the Williams County Sheriff’s Office, the call to firefighters was dispatched around 4:30 p.m.

By the time firefighters were able to get on scene, parts of the home were already well involved.

Sam Beck of Bryan was across the street at the gas station pumping gas when he and another unidentified man noticed the fire.

“I thought what if someone’s in there,” said Mr. Beck. He then explained that he ran over to the house and noticed Joyce Pigmon as she was trying to make her way out of the house.

“I went over to her and was trying to pull her away from the house. It was getting kind of rough in there and she was unable to move very quickly.”

“I heard the glass start to shatter and said, honey we’ve got to go.”

“I was able to get her far enough away from the house to another person who could hold onto her before I went and got my car and put the hazards on so she could sit in it,” said Mr. Beck. 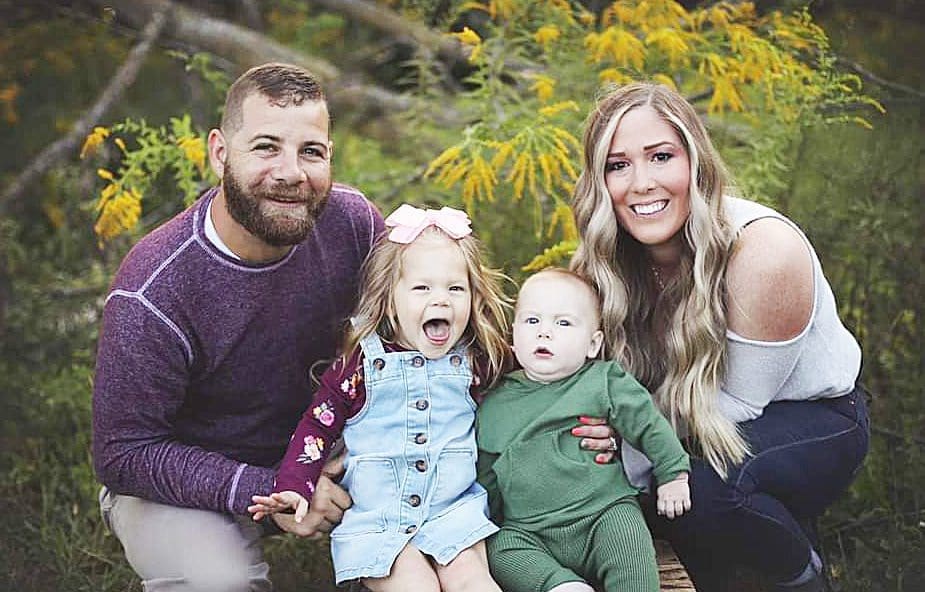 BECK … Sam Beck, on the left, is pictured with his family. Mr. Beck helped Joyce Pigmon from her home that was on fire.

He continued on and explained that as she was coming out of the house, her hair had started to smoke a little bit and was beginning to get singed.

After helping to get Pigman away from the house, Mr. Beck turned towards the house and took a picture that showed where she was at when he began to help her.

Within ten minutes, that area had become engulfed in flames.

Carrie Pigmon, the daughter of Joyce Pigmon, considers Mr. Beck as hero. “My mother is not able to move fast at all.”

“If he had not been there, she would have been swallowed up. He said he was just there at the right time, but I told him I got to hug a miracle.”

“He put others’ lives before his own. He is a hero to our family,” said Carrie Pigmon.