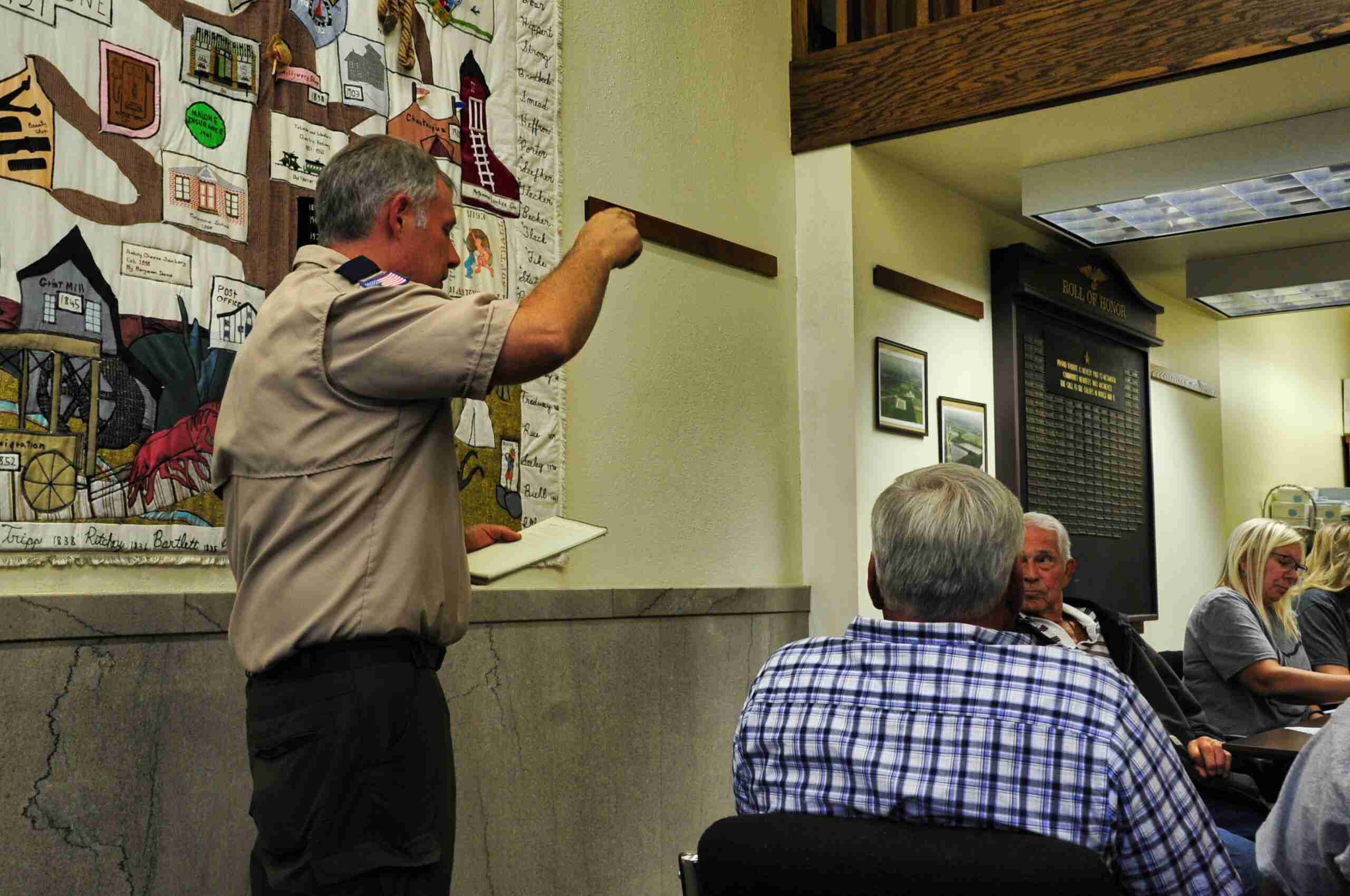 The Metamora Village Council held their meeting on Monday August 16th. The meeting was called to order at 8 p.m. followed by the Pledge of Allegiance.

First on the agenda was to hear from guests wishing to address council. John Schwab went first and asked the council for their permission to hold the annual cub scout cart race on September 25th.

Part of a road in town will need to be shut down and Mr. Schwab was wondering if it would be possible to get some road closed signs put up in order to make it safer.

The council agreed and stated that there should be some signs they could put up. Next, Lincoln Frey was introduced to everyone present, as the new Fulton County Public Utilities Director.

Council then moved to approve minutes from the previous meeting. Personnel and finance then followed, with a recommendation being made to hire a new deputy clerk.

Land and maintenance followed after with a suggestion being made to rebuild the east pump station with money being received from the American Rescue Plan Act.

In old business, a new fence was installed at the park. Handrails for the front of the building need to be ordered. Issues with the sidewalks around town are still being investigated. A call was made to the County EMA’s office with no one answering.

were sent out regarding assistance with limb pickup from the storm last week. Instructions were given from the EMA to contact the county engineer’s office to see if they have a bigger chipper they could borrow. Ordinance 252 regarding tall grass and abandoned vehicles was located and a copy was provided to each council member.

It was stated that the chicken BBQ this past weekend went very well and that nothing really needs to change between now and the next BBQ. The date will however be moved from September 12th to Sunday, September 26th in front of the T-Mart.

In new business, the Village has received three complaints of damage by the Shelly Company. An email was sent to Adam and Shelly regarding this. Paving of the streets will be finished towards the end of the month.

An issue regarding a sewer issue at 236 Shawnee was investigated. The issue has taken place when heavy rains cause water to sit and pool in the area. The water ends up starting to smell and a concern was raised about the possibility of a sewer backup.

However, this was discounted as there is no storm sewer system on Shawnee and the drainage goes into what is called a French drain which is basically a hole with stones at the bottom for seepage.

Council then moved on to the Fiscal Officer’s report. The billing issue with Spectrum has been taken care of. Spectrum was overcharging the village and will now have a credit of $351.88.

A sewer credit was issued to Sherry Vasko however, she was not sure about the amount and sent in her previous bills as reference and also stated that she is unable to read the last numbers on the meter.

Council engaged in a discussion and decided that the credit of $126.30 will be the only credit issued. Furthermore, if the meter is not working properly, a new one will have to be purchased at the homeowner’s expense due to it not being the city meter.

The workman’s compensation claim regarding Edgar Kidd was finished. At a hearing, no one on the side of Mr. Kidd was present so the decision resulted in the claim being sent to the proper employer.

A motion was then made to adjourn at 8:56 p.m. which passed.