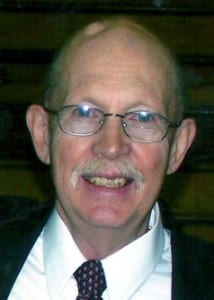 Michael Richard Sanford, age 67, of Stryker completed his life on earth at the VA Northern Indiana Health Care System, Marion Campus on Monday February 25 following a lengthy illness. Michael was born on November 13, 1945 to the late Herbert and the late Winonah (Deisler) Sanford.

Michael was a 1964 graduate of Stryker High School where he lettered in baseball and basketball. He continued his interest in sports by following the Detroit Tigers and the Indiana Hoosiers basketball team as well as the Indiana Pacers.

He grain farmed and milked Holsteins with his father until enlisting in the Marine Corp in November of 1964. Michael served two tours of duty in Viet Nam. He received a Purple Heart in 1968 for injuries suffered during his second tour. Other commendations included the Presidential Unit Citation, Good Conduct Medal, National Defense Medal, Viet Nam Campaign Medal, Viet Nam Service Medal and the Rifle Sharpshooter badge. In 2004 he received the Order of The Silver Rose Award for Military Merit in the Defense of His Country while serving in the Republic of Viet Nam.

After his honorable Retirement Medical Discharge from the Marine Corp in 1968, Michael at Bowling Green State University, graduating in 1978 with a Bachelor of Science Degree double major in Elementary Education K-8, Learning and Behavior Disorders and teaching certification for driver training.

Michael married Paula (DeGroff) Sanford in Archbold Ohio on December 12, 1969. They settled on the Sanford farm that had been in the family since 1889. He enjoyed living on the farm. Family heritage was very important to him.

Michael worked while attending college part time. The work experience he treasured the most was at Quadco Rehabilitation Center in Stryker, Ohio. While employed at Quadco, he developed a driver training program for individuals with special needs. This rewarding vocation resulted in Michael founding the Northwest Driver Training School Inc. in 1978 where he expanded the program to include high school students and adults wishing to obtain their first license to drive. The main location in Stryker developed in additional locations in Wauseon and Bryan. Michael regretfully retired from teaching in 1995 due to brain cancer developed by exposure to Agent Orange during his military service. He continued to supervise at the driving school until 2010 when his health prohibited him from active participation.

Michael was very adventurous and loved to travel. He became interested in snow skiing in the 1990’s which led him to ski resorts in Michigan and the Alps in Europe. He also enjoyed camping on Kellys Island in Lake Erie. However, he mentioned many times that the most memorable and meaningful trip taken was to Israel in 2000.

Michael was honored to be chosen Williams County adult “Cancer Survivor of the Year” in 2005 and Stryker Citizen of the Year in 2007. He was proud of the fact that his Father was also Stryker Citizen of the Year in 1989. He loved music. It did not matter if he was listening, dancing or playing. In his 60’s he began taking piano lessons and continued until 2010.
Michael was a faithful member of the Evansport United Methodist Church. He was also a life member of the Stryker American Legion Post #60, and the DAV. Other memberships include the Williams County Gideons, Montpelier Moose, the National Rifle Association and AARP.

A memorial service will be held at 12:00pm Saturday March 2, 2013 at the Evansport United Methodist Church with Pastors Becky Ploughe and Tyson Nofzinger; nephew of Mike, officiating followed by a military service performed the Stryker American Legion Post. Burial will take place at a later date at Arlington Nation Cemetery. Visitation will be held at the church on Saturday from 10:00am until service time. The family requests that memorial contributions be made to either the Evansport United Methodist Church Improvement Fund or the Williams County Gideon’s. The Grisier Funeral Home in Stryker has been entrusted with arrangements. Online condolences may be mad to the family at www.GrisierFH.com.