Mike Kannel Honored With Moment Of Silence At Montpelier Cruise-In 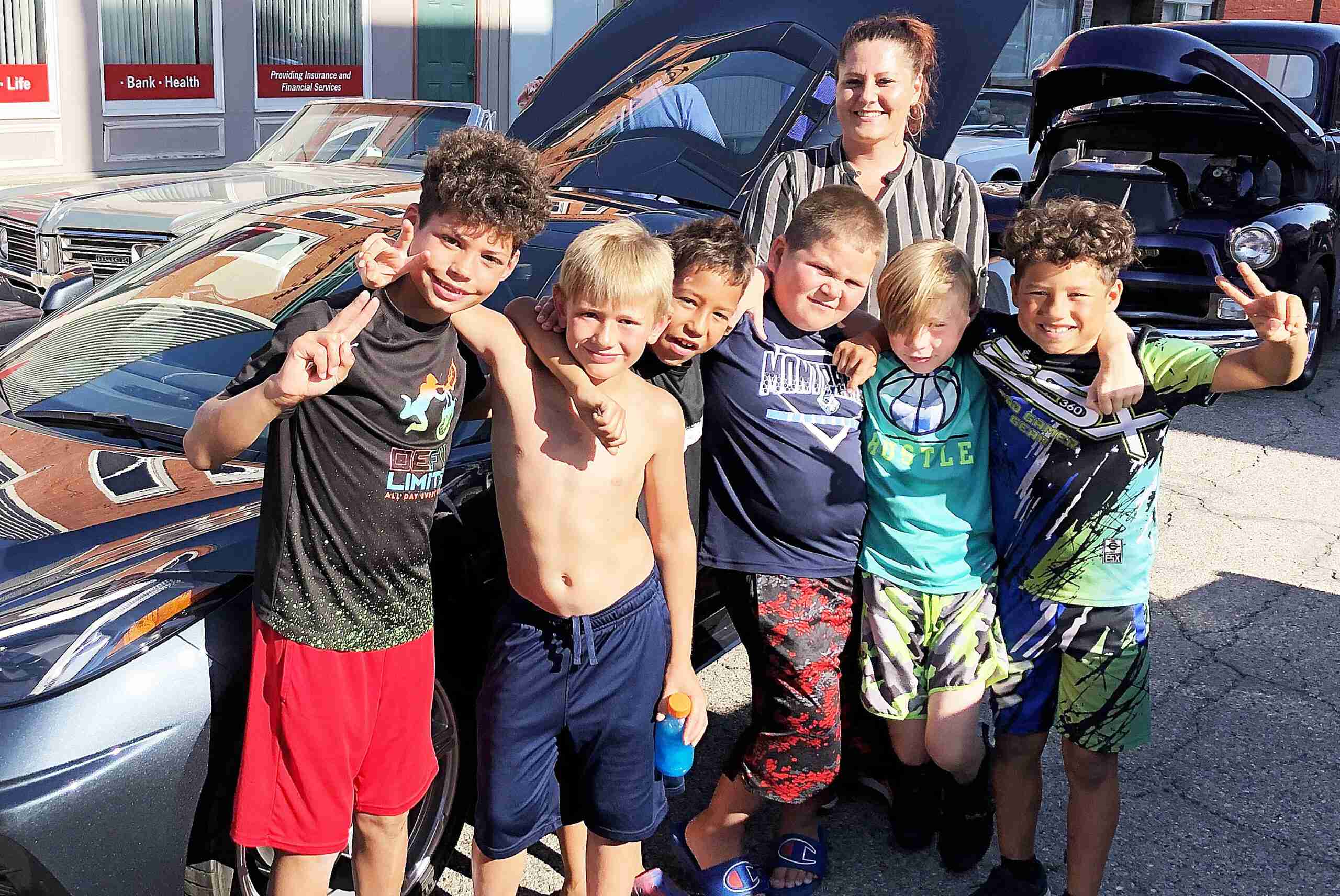 FAMILY AND FRIENDS … This bunch of boys, three brothers and their mom, along with three of their friends were headed for the Montpelier Swimming Pool and could not resist taking some time to drool over the gorgeous cars. This 2021 Chevrolet Corvette, owned by Doug and Freda Cox of Pioneer, was their favorite. From left to right, all ready to go swimming, were Andre Haynes, Brantley Doan, Devonte Haynes, Gadge Taylor, Liam Carroll, Maliek Haynes and Heather Gipple. (PHOTOS BY REBECCA MILLER, STAFF)

It is hard to believe that a crowd of car show fans, covering a couple downtown blocks, could drop to total silence instantly, but that emotionally quiet moment happened at the Montpelier Cruise-In on June 28, 2022.

Just the week before, a man who has spent many happy hours roaming amongst the cars, visiting with the owners and viewers, Mike Kannel of Kannel Insurance passed away.

His friend Spence Malone who asked him to be on the cruise-in team nine years ago, and felt that Mike was a great part of that team, shared just a few words in memory of him before asking for a moment of silence.

“Listen up everybody! Spence Malone here and I want to thank you all for coming tonight,” he began. “It is really important to us on the team that you came tonight.”

“Most of you knew Mike Kannel, because we have been doing these cruises for nine years. Last week on the twenty first…Mike passed on.”

“Tonight is a special night, because we want to honor him. Mike worked well with us on our team and we are going to miss him. I would like to have a moment of silence if you could all just bow our heads in honor of Mike. Thank you.”

Following the silence, he thanked everyone for honoring Mike and let them know that these cruise-ins will continue, as the team will “pick up the slack,” and keep trying to host one of the nicest cruises in Williams County.

The cruise-in was a great event that night with over 60 vehicles, including Mike Kannel’s big car which had been parked there by his family. The theme was “Droptop” and there were many convertibles to be seen. There is always a word game to play throughout the evening and this time it was trying to find as many phrases or words that have top in front or behind. One couple thought of 33!

Families, couples and individuals sauntered around between the cars, soaking in the beauty, elegance, and history of each.

Owners of the vehicles lined the sidewalks in their lawn chairs, staying in the shade and visiting with friends, some whom they only see at the car show each year.

The next Montpelier Cruise-In is scheduled for July, 12th, the second Tuesday of the month. 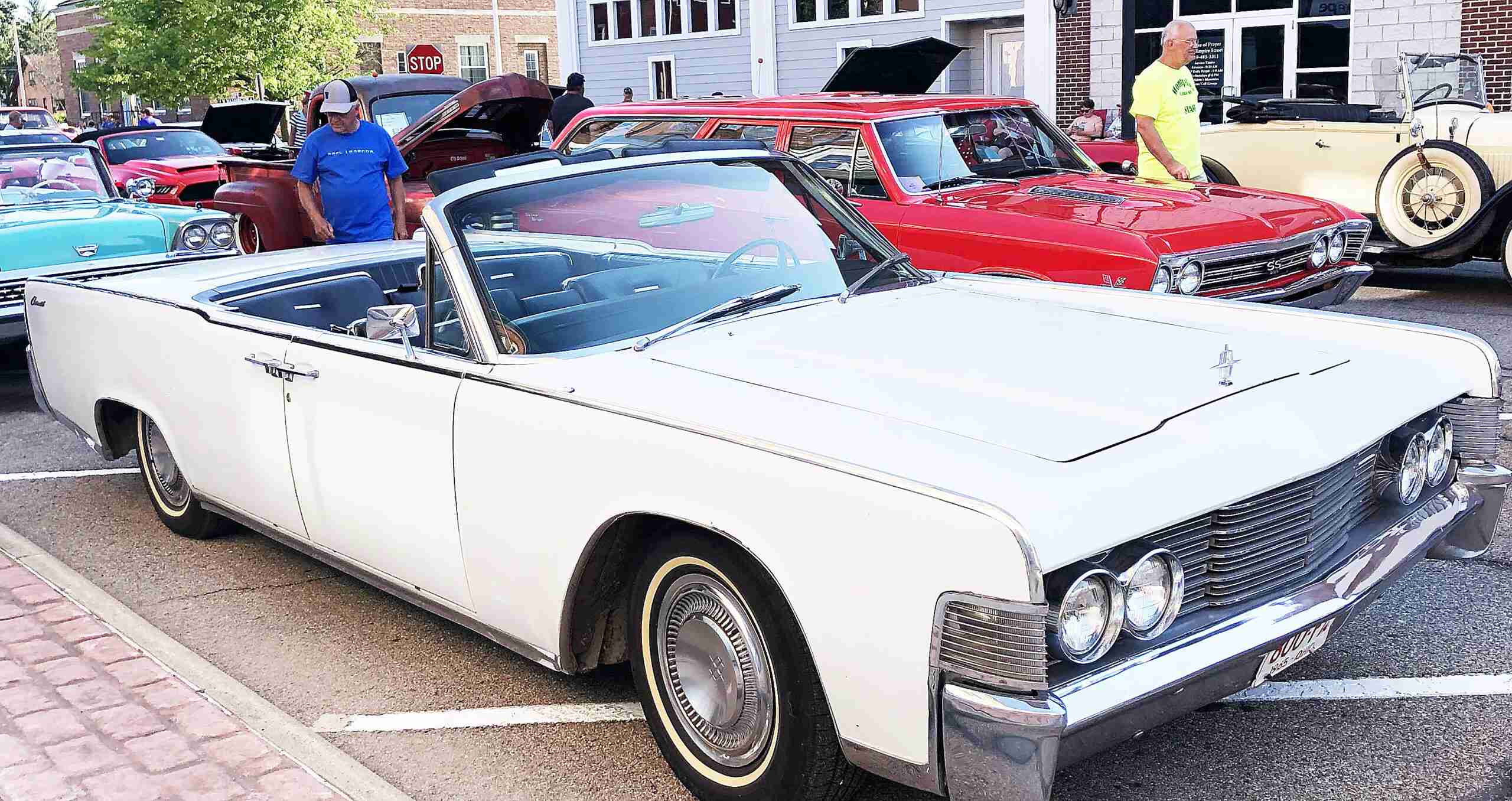 MIKE’S CAR … Parked at the Cruise in by his family on the day of his funeral, this car caused memories to be shared amongst those in attendance at the June 28, 2022 Montpelier Cruise In.