MILLCREEK-WEST UNITY BOARD OF EDUCATION: Board Approves New Position Of District Literacy Coach 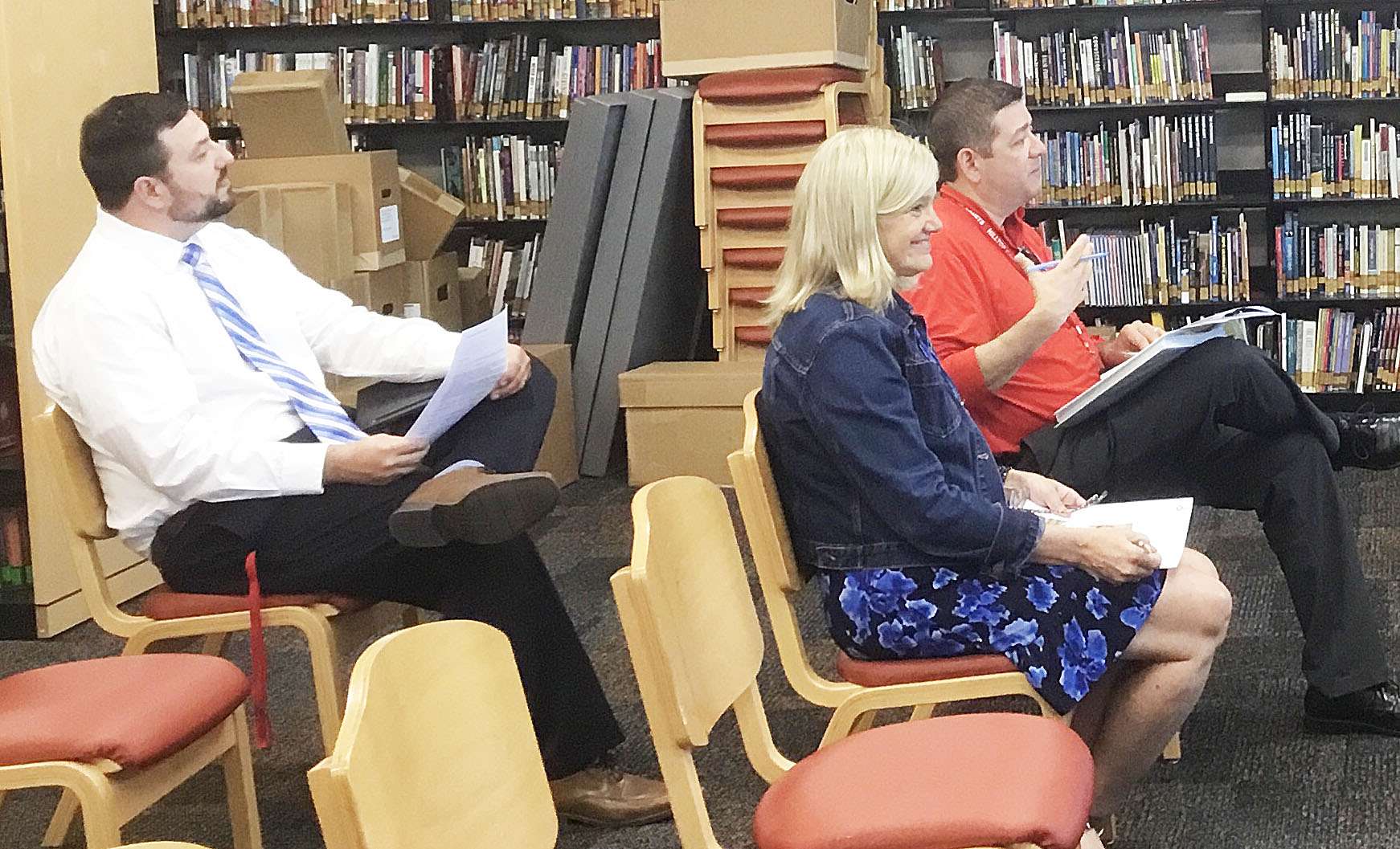 One of the Consent Agenda items approved by the MCWU School Board at the Monday, May 9, 2020 meeting was a Memorandum of Understanding with the Millcreek-West Unity Education Association to establish the position of “District Literacy Coach” in order to comply with the new dyslexia mandates from the state of Ohio.

The Board also approved the employment of Wendy Hogrefe to fill this new position for the 22-23 school year.

Other items approved were:

-Minutes from April Board meeting and financial statements and investments

-Graduate study for reimbursement for Rhonda Vanarsdalen and Daniel Hurd

-Amendment of supplemental assistant football coach contract for Brayden Gorsuch to be paid out at 50%, as he was unable to fulfill duties for entire season

In her Elementary School report, Principal Laurie Worline, thanked the interview team for their time and commitment and said she is happy to have the open elementary positions for next year filled by Rachel Baksa for Third Grade and Johnnie Roth as Intervention Specialist.

Staff Appreciation Week went well with lots of surprises for the staff, including a salad lunch on Tuesday, another luncheon on Wednesday, cookies and drinks on Thursday and candy treats on Friday. The current enrollment in the Elementary school is 302 at Hilltop.

Several students took field trips as a reward for their reading this year. The fifth and sixth graders went to a Mud Hens game and the third and fourth grade Accelerated Reader winners got to go roller skating at the Rolling Skate Rink in West Unity.

A field trip was taken to Sauder Village in Archbold by the first grade, and despite it being cold and rainy they had a good time.

In a program called The 2nd and 7 Foundation, books are sent to the school and high school athletes read to the second graders. This year they added a scholarship for $2700 and Millcreek West Unity student Kasy Connolly won it.

Mrs. Worline said they are so excited and proud of her for her involvement in this program and for getting the scholarship.

Inspired by their involvement in various community outreach programs as student-athletes, they decided to continue making a difference by promoting literacy and providing positive role models for children in central Ohio.

At Hilltop, our second graders meet with high school athletes to read the books that are provided by the 2nd and 7 Foundation. They meet a second time for an activity related to the book such as a cooking activity (S’mores and pickle making) or a craft.

Kacy Connolly, the winner of their $2700.00 scholarship, is a three-sport athlete that has met with the second graders multiple times over her four years at Hilltop.”

All state testing is complete for the school year and she said a huge thank you to Amber Metzger and Amy Welling for their hard work as testing coordinators.

-the list of students of the month for each teacher

-Mock Crash assembly went well on April 27, with Gabby Rodriguez being the Hilltop student participant in the demonstration

-Students who earned Superior ratings at the District Science Fair and chose to submit their projects to The Ohio Academy of Science for judging at the State Science Day, with virtual judging, were for HS – James Bell, Ella Calvin, Kacy Connolly and Hunter Leupp and for JH – Lakota Siegel and Joseph Williams. Results will be communicated in early June

-Academic Awards for 9-12 will be held during the day on May 17 with Senior Scholarship Night on the same day to be held at 8:30 p.m. due to sports tournaments

-Senior Walk/Sendoff is Friday, May 29 and Senior Breakfast /Graduation rehearsal is scheduled for May 26

-Current enrollment at the JH/HS is 240

Treasurer, Tracy Thompson, reported that Income tax receipts have come in higher than predicted, with the fourth quarter up 17% over the prior receipts for last year.

They are up about 13% for the whole year. On the expenditure side, the expenses are pretty close to the fall predictions.