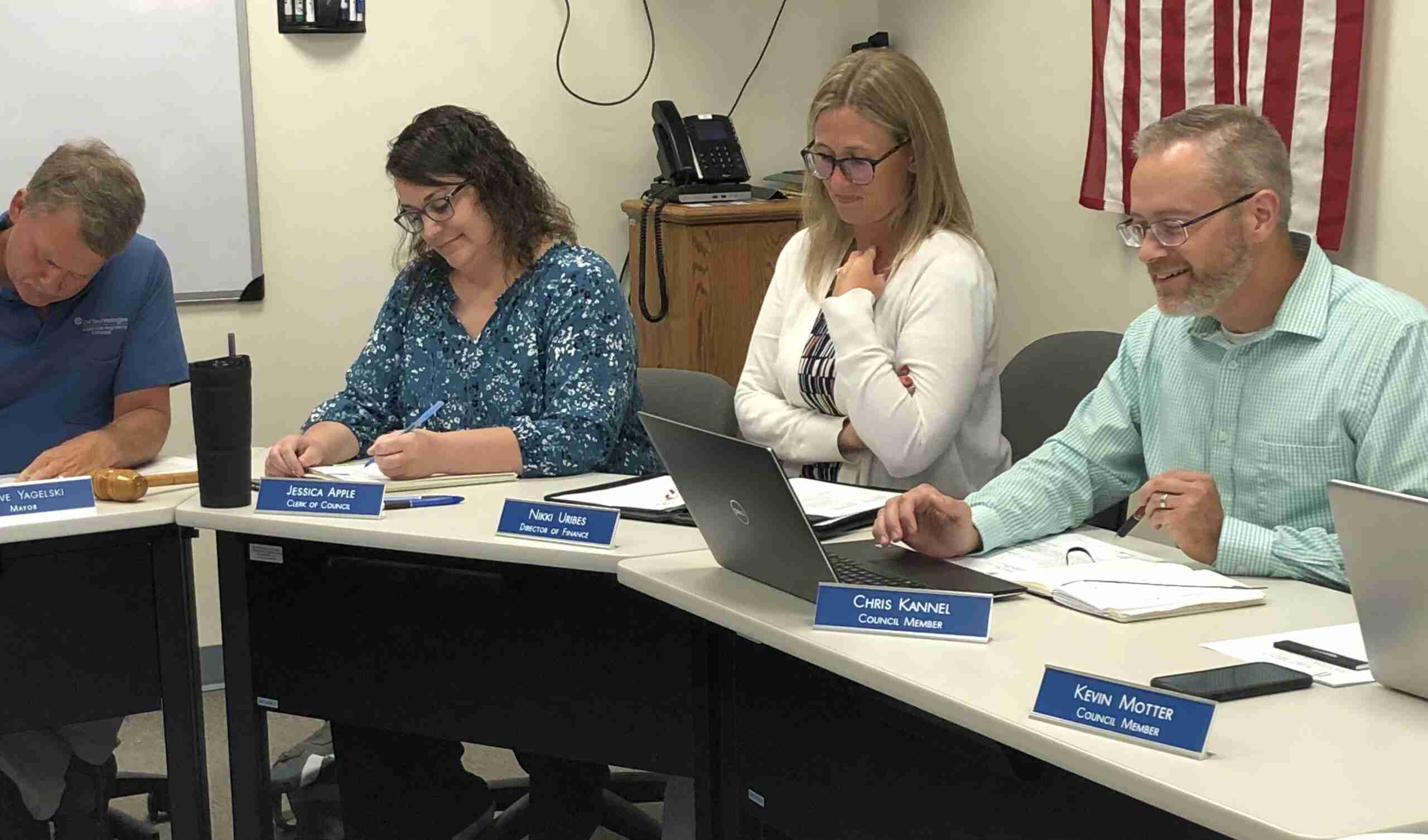 Following the Pledge of Allegiance, council approved the agenda and minutes of the July 12 meeting, as well as the July 2021 Financial reports.

Council member Chris Kannel brought up the topic of a possible press event for the opening of the Trail Connector and tie in with it the signing of the agreement between the Village of Montpelier and NORTA (Northwest Ohio Rails to Trails) to accept the section of the Wabash Cannonball Trail.

Council liked the idea and authorized Kannel to discuss two possible dates to hold that and to present to Randy Miller, the NORTA representative.

School starts on the 18th so Mayor Steve Yagelski reminded the public to be careful and to leave earlier for work so they can drive carefully for the children.

WEDCO director Megan Hausch was present to speak about an expansion project at Moore Industries. There will be an 18,000 square foot expansion and an addition of twelve full time jobs created with an associated payroll of $300,000.

There will be 6000 square feet added to the molding bay and 12,000 will be for more warehouse area. There is already some site prep work going on and the actual building will begin in September with a completion date for June of 2022.

They already have 80 employees so this will move them closer to being a 100 employee company. The tax abatement will be for 10 years at 75% and does include being a member of WEDCO. The schools will still get their regular taxes and there will be no new school donation.

The company does have to donate 1% (or an annual minimum of $200 per year) to the new Infrastructure Fund for Williams County.

The approximate savings for the company will be a $15,000 savings annually and Hausch pointed out that this is huge for a small family owned business.

-Resolution 1324 Amended Appropriations (suspend and pass) Village Director of Finance, Nikki Uribes, reported that with 58% of the cases going through the court being from Montpelier it has caused their court cost to go up.

Mayor Steve Yagelski stated that he feels it is unfair. Mr. Kannel suggested that the Finance Committee should look into it in detail and see what the deficiency is, and possibly come up with some ideas to get some of this money coming back to the village, besides the fines that do come back already. Mayor said it would be a good idea before next year’s budget is written.

In his Village Manager’s Report, Jason Rockey updated council on the Wetland Project on which Nathan Stoltzfus is working saying that Ohio State University was not quite ready to receive the grant funds for this so he is working with Williams County Soil and Water.

He is hoping they might be an agency that can receive those funds and he will be able to make an application for those funds. Once he has a partner for that he will come to the council again.

Concerning the upgrade of the phone system throughout the village, they have signed a contract with Unify out of Toledo and they will be coming to make sure all the phones are ready for installation.

All Farm Rent bids were received for the year, and excluding the acreage of the Iron Horse River Trail, the bids were approximately $16,000 less than three years ago. They are saving around $1264 in taxes.

He also reported that he went to the Park Board meeting and the last day for the pool to be open was scheduled for August 15. They were planning a fun day at the park for Thursday, August 12.

Sandy Gordon said that over 100 students signed up for soccer this year and it was a great success.

Free admission was given for the pool on Sundays this year and Mayor Yagelski said he has heard a lot of positive feedback for that. The SplashPad will close after Labor Day depending on the weather.

Before adjourning the council went into an Executive Session to discuss personnel employment of a public employee. There was no action taken.