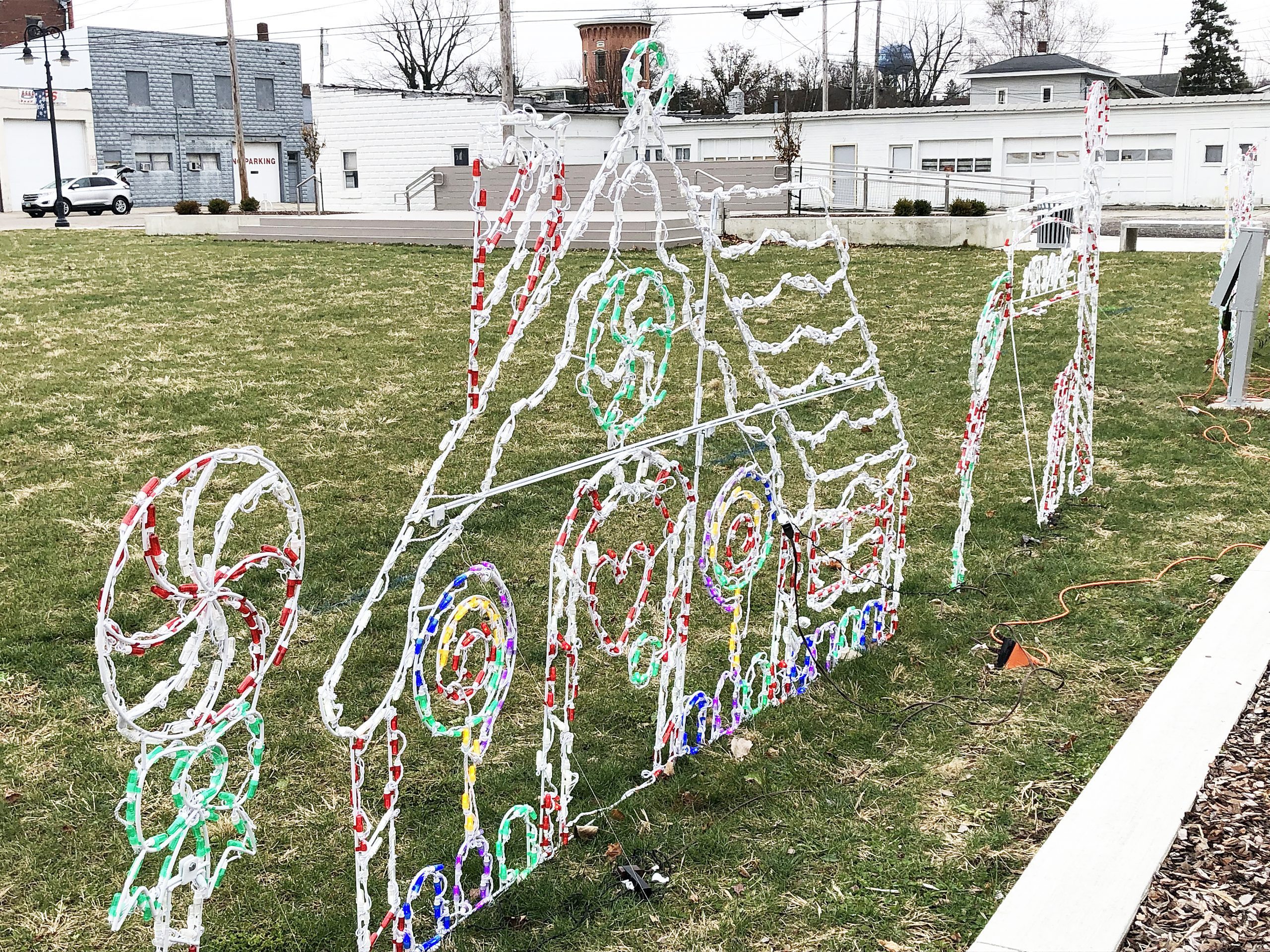 FOUNDERS PARK … This newest park in Montpelier, Ohio has now been approved by the state inspector, Village Manager Jason Rockey reported at the November 28, 2022 Montpelier Village Council meeting. The stage, for future events, can be seen through the newly erected Christmas decorations. (PHOTO BY REBECCA MILLER, STAFF)

Following roll call, prayer led by House of Prayer pastor, Ben Harris, and the pledge of allegiance, council voted to approve the agenda for the meeting and the minutes from the November 14, 2022 council meeting.

Councilor Chris Kannel stated that he despite the freezing cold weather, the Old Thyme Holiday Gathering was a nice event.

During his village manager’s report at the November 28, 2022 Montpelier Village Council meeting, Jason Rockey gave a detailed report on what has been happening with the Jefferson St. pumping station since all three of the pumps quit working at the same time last June.

Presently there are no problems as the oldest pump was repaired and has been working fine ever since.

He said that the one which was sent to a local firm to be rebuilt, was returned recently and stopped again, so has gone back for further repairs.

One of them had to be replaced with a totally new one and this past week the new one arrived, only to have an oil leak in the shop.

The company is coming to take it back and send another new one. He said he just wanted everyone to know that they are still working on getting it all back up to running with three, but until that time, they are doing well with the oldest one.

Also in his report, Rockey shared that the final plan for Founder’s Park has been approved by the state inspector.

What started out with a completion date of December 2020, is now being completed in December 2022 but all present shared their joy that it is at this point. Rockey said they had been working on it since 2018.

Mayor Steve Yagelski shared that he had been approached by a downtown business owner asking for guidance in how to get an awning put over their business, like many of the others have done.

Councilor Nathan Thompson informed him that they should contact John Dye as he has been pointing others in the direction of a good company and has the information of someone who has offered to help with the cost or with supplies.

Before adjourning, council went into executive session to discuss acquisition of property.