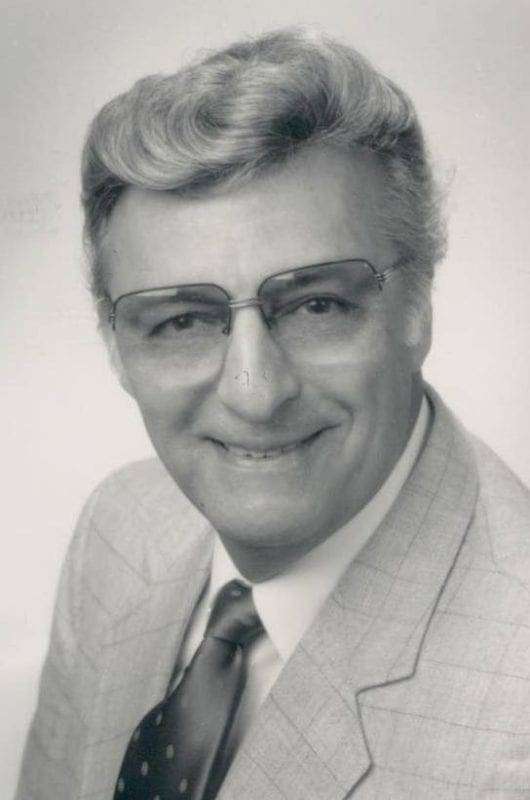 Mose S. Mohre, age 88, of Blakslee, Ohio, died at 11:47 P.M. on Friday, February 6, 2015, in his home after an extended illness. A 1941 graduate of Edon High School, he served in the United States Army during World War II. Following his service in the Army, he returned home to operate Sam’s Place in Blakeslee, which he operated and had a daily presence in from 1945 to present.

Mose was a tireless civil servant, who served on the Ohio State Patrol Auxiliary, beginning in 1958, was a member of the Williams County Sheriff’s Department Special Deputies from 1967 to present, served as the head of Williams County Civil Defense from 1971-2007, and was a member of the Blakeslee Fire Department from 1945. His memberships included St. Joseph Catholic Church and Knights of Columbus Council #3883, Buckeye State Sheriff Association, National Sheriff Association, Bryan Eagles, Aerie #2233, AARP, the 911 Board of Williams County, Edon American Legion Post #662, American Meteorological Society, The Ohio Emergency Management Agency, and Crisis Response Team, and he served as a director with Williams County Hospitals. He also held Life Memberships in Bryan AMVETS Post #54, the Police Marksman Association, Fraternal Order of Police and the NRA.

Mose Sam Mohre was born on August 6, 1926, in Blakeslee, the son of Samuel George and Ann Esther (Ferrah) Mohre. He married Dorothy Ann Ruhlman on February 7, 1953, in Blakeslee and she survives.

Visitation will be held on Wednesday, February 11, 2015, from 2:00 -8:00 P.M. in the Krill Funeral Home, 860 West Mulberry Street, Bryan, with recitation of the rosary at 7:30 P.M. on Wednesday. Services will be held at 11:00 A.M. on Thursday, February 12, 2015, at St. Joseph Catholic Church with Father David Cirata officiating. Interment will follow in St. Joseph Catholic Cemetery with grave side rites conducted by the Williams County Sheriff’s Department with assistance from the Buckeye Sheriff’s Association.

Memorials are requested to the Williams County Sheriff’s Office, Share Foundation of Community Hospitals and Wellness Centers, or Community Health Professionals.
To sign the online register or to send condolences, please visit www.krillfuneralservice.com.