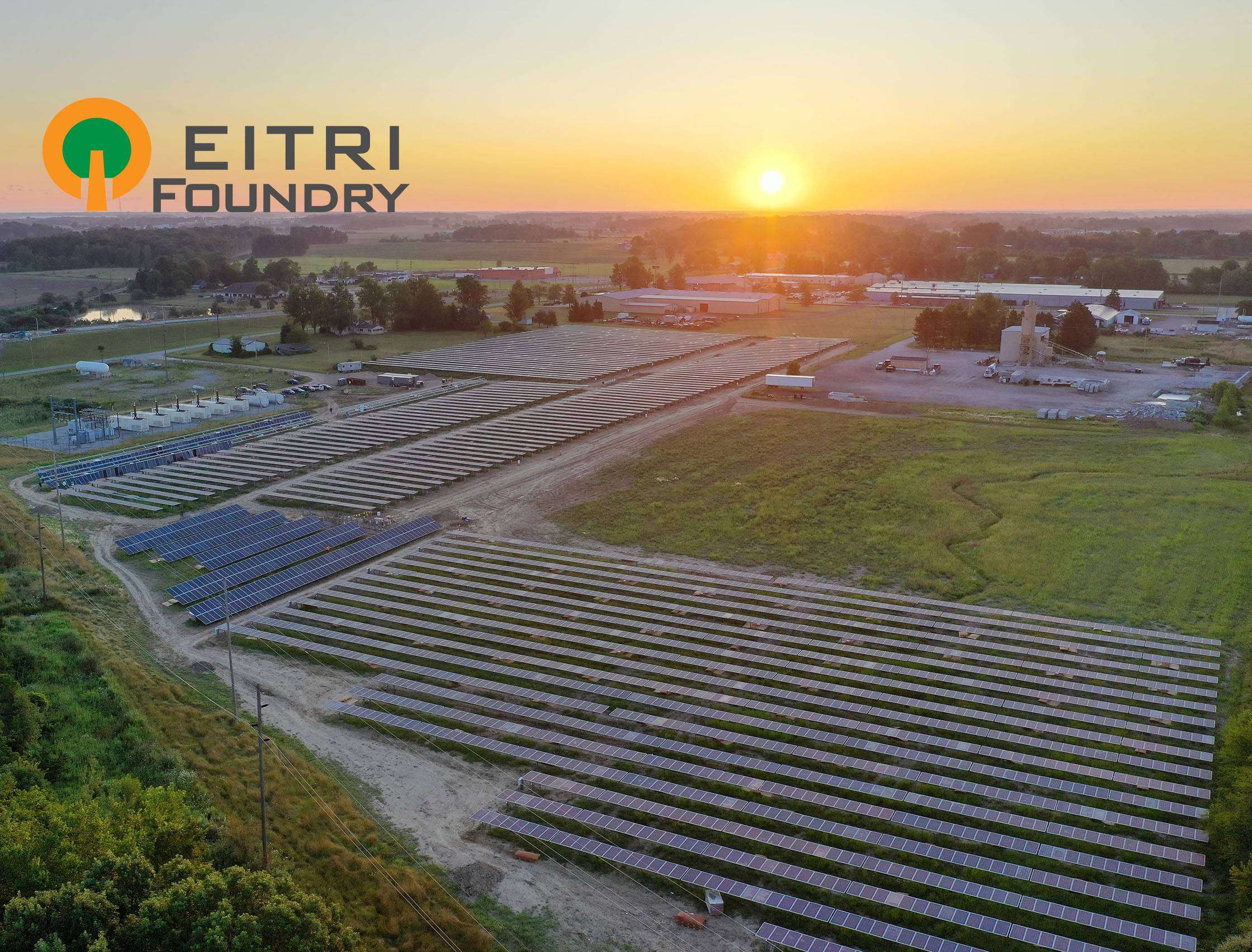 Montpelier Village Administrator Jason Rockey explained the process it took to bring this ten acre solar field to their town. Montpelier Village Council had been discussing it for several years, but the actual Request for Proposal was submitted sometime in 2016, or early 2017. Eitri was chosen in August of 2018 from a list the village had narrowed down.

Once they were chosen as the Designer/builder/ provider and the village entered into an agreement with them, Eitri looked for a business who would fund the project, and they found Safari. In a little over a year the solar field is ready to help bring down the cost of electricity in the area. It produces around 2.225 megawatts.

“Obviously it makes us more green as we have renewable generation inside the village,” Rockey said. “It will help to shave our peak loads. The rate we are charged when the village buys power will go down as it will shave power off those five highest days.”

The savings get rolled into the overall rate that village residents pay. The village pays the whole bill and then bill the customers according to their meters. The savings will go all the way to the local customers. The power bill for the village is around half a million a month, and the difference will show up eventually. It doesn’t look like much, but for the village it is a hedge against future increases in power cost.

The villages peaks are around 18 megawatts and this produces 2.225 so it helps and is an easy payback, but it is small compared to the overall power bill. “Overall it is worth it as it is saving everybody money eventually,” Rockey said, adding, “When it starts producing in the summer, it will begin to show up, but the overall rate will show up in a about a year. The 2020 peak season will affect the bills in 2021. It is a matter of saving over long term.”

The panels are single access tracker panels which will start tracking the sun, soon. Some of them face just due south. The field is located on Travis Drive next to Richmond Machine. Lian Niu, the representative from Eitri Foundry said, “We are very happy with how things have turned out with Montpelier. Jason has been a huge proponent of the project and great to work with. We are happy their is another village that is going partly green now.”

The village purchased the 10 acres, and owns the ground. The property is leased to the owner at a low rate so that it doesn’t mess up the low energy cost. At the end of thirty years when the agreement expires, then the village can take over the solar field, or they can have the company remove the panels.

Eitri and Safari are able to walk away if they want to but the possibility will also be there for a new agreement and upgrade. The most important option to Jason is that if the village decides they want to go back to a bare field, then Safari would be responsible to remove all the equipment. As the goal is to save money, Rockey said that most likely they will keep it as a solar field.