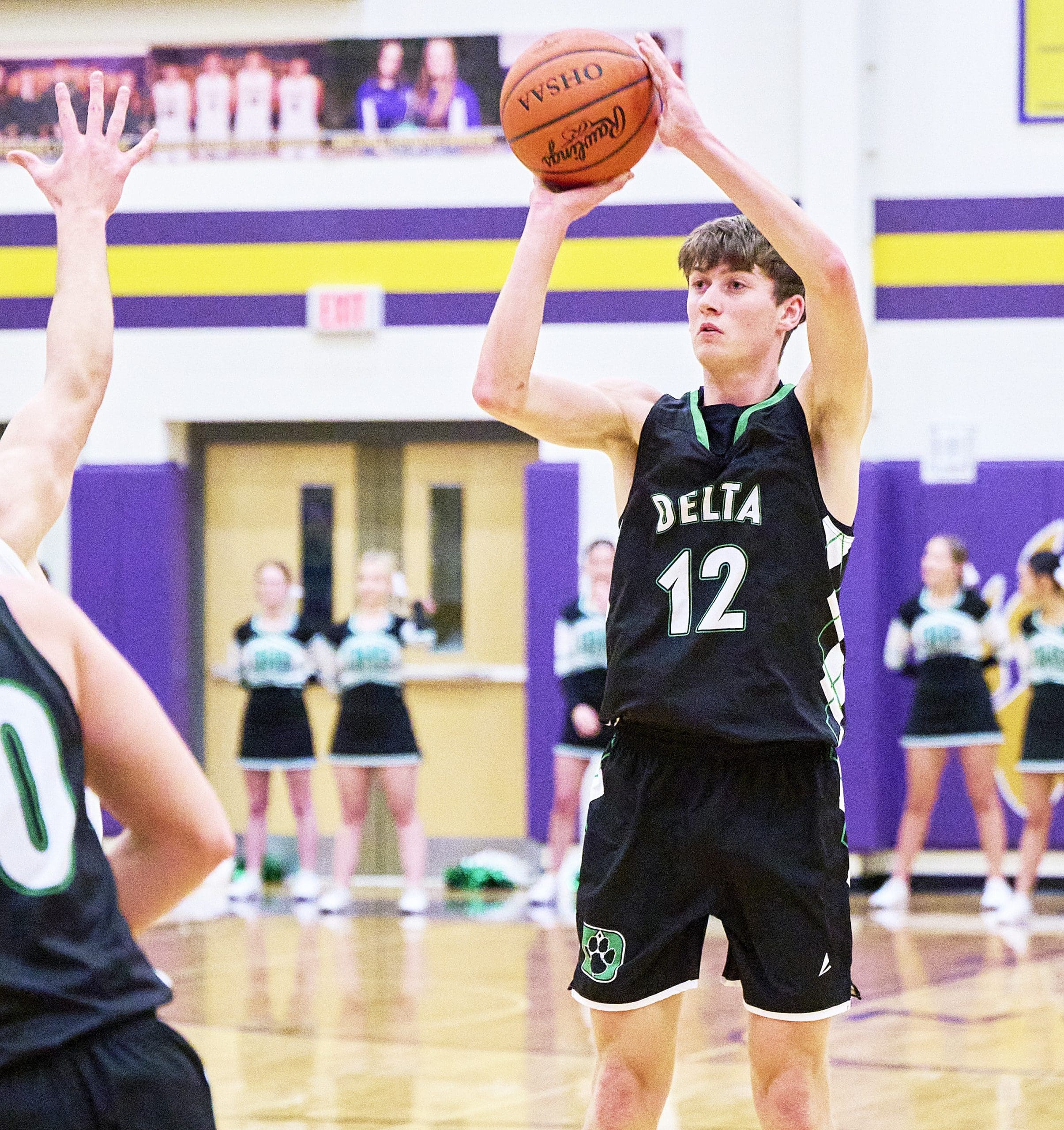 RISE AND FIRE … Delta’s Bryce Gillen elevates for a jumper as part of his 16-point night for the Panthers. (PHOTO BY RICH HARDING, STAFF)

BRYAN – Behind a game-high 16 points from Bryce Gillen, Delta was able to pick up a 36-28 road win over Bryan.

Bryan had narrowed the Delta lead to just 27-26 with four minutes left in the game on a Jase Kepler free throw and a pair of charity tosses from Joe Watson.

But Delta then turned up the defensive pressure, turning four Bryan turnovers into a 9-0 scoring run.

That gave Delta a 36-26 lead, with 20 seconds left in the game. Bryan’s Sam Herold, who finished with eight points, scored a bucket just before the final buzzer, as Delta held on for the eight-point win.

“We may not always force turnovers, but we were able to get them (late in the game), when it mattered.”

Risner, who finished with nine points and a team high eight rebounds, also had a key putback in the fourth quarter.

“Last week, we were just 3-11 from the free throw line against Evergreen (a 40-35 loss), so we’ve really been working on free throws in practice this past week,” Brighton said.

“We’ve got to keep building off (tonight’s free throw performance}.”

Gillen scored seven of the nine points off two layups from steals and nailed a three-pointer.

Bryan rallied back to tie the game early in the second quarter on an Evan Cox jumper.

Jude Gibbons hit a pair of free throws, James Ruple made an inside shot and Gillen then swished a three -pointer.

Delta held an 18-13 lead at the midway point and maintained control through most of the remainder of the game. Delta led 25-21 after three periods.

“We knew that Bryan is a physical team and they hurt us early, but we were able to handle it after that,” Brighton said.

“It’s been a long time since we’ve started a season at 8-2, so this feels good.”