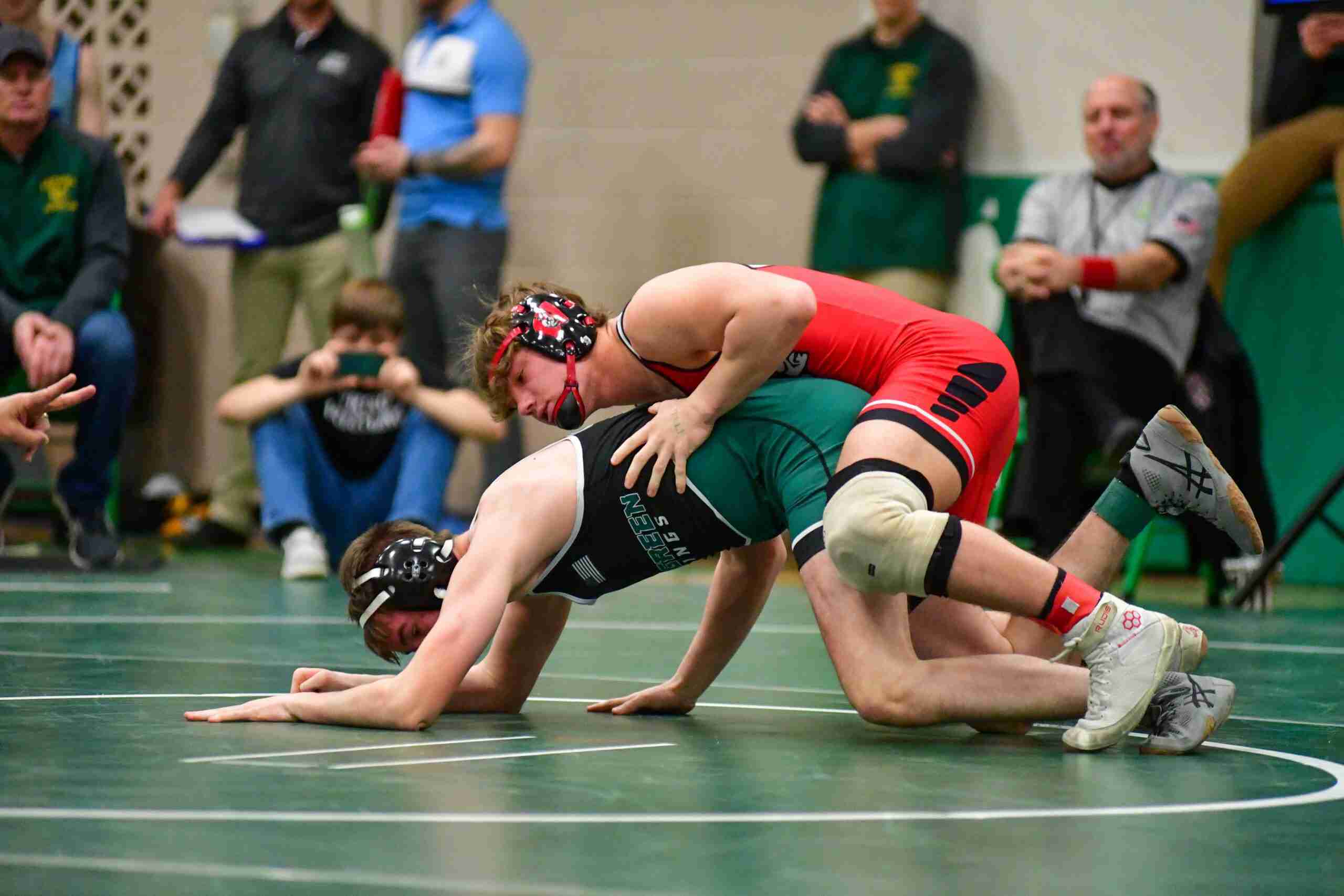 170 POUNDS … Zaidan Kessler of Wauseon squares off with Evergreen’s Jason Head in opening round match. Kessler defeated Head by fall (0:43) and went on to win the title at 175 pounds. (PHOTOS BY JACOB KESSLER, STAFF)

Led by a strong senior class the grapplers from Wauseon rose again to capture their sixth league title in a row.

The Indians had a wrestler in 11 of the14 weight classes championship matches. They outlasted a solid Delta Panther squad 234.5 to 212 but it was closer than scoreboard indicated.

The Indians started off the finals with a solid performance by freshman Zavian LaFountain, he battled an outstanding freshman Adam Mattin from Delta in a close match before falling 8-3.

At 113, sophomore Collin Twigg handled Delta’s Rylee Hanefeld pinning him in 1:32 and the Indians were on their way.

Junior Larry Moreno wrestled for the championship at 126 pounds facing the Panthers Carson Chiesa and Chiesa gave Delta their first champion of the day by winning 7-0.

At 132lbs, Zaden Torres manhandled his opponent Aiden Fenton from Bryan 8-1 to win championship. Up next for Wauseon at 138lbs was 38-3 senior Lawson Grime who was able to knock off Jeff Camp from Patrick Henry 8-3. 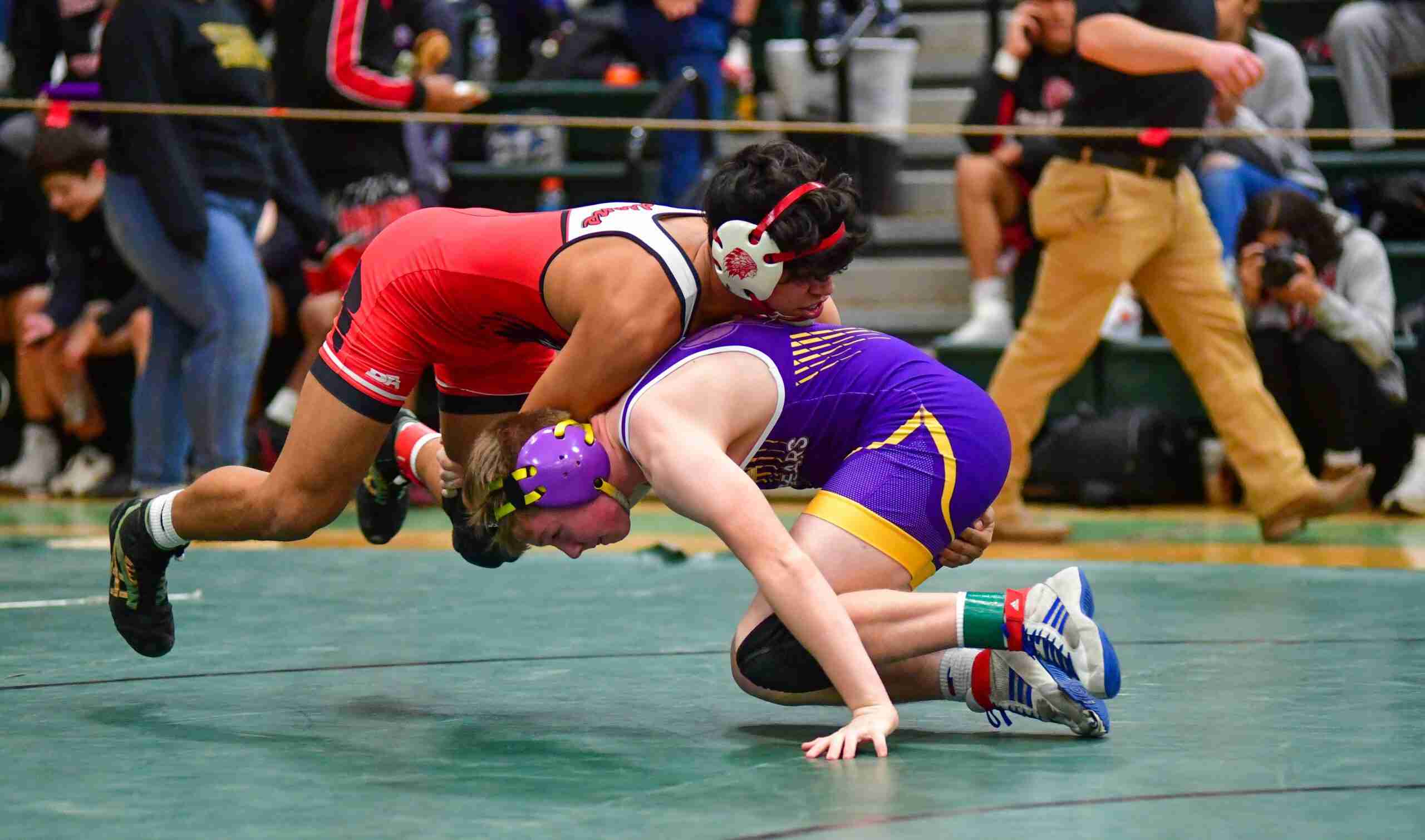 144 POUNDS … Wauseon’s Benicio Torres tries to get control of his first-round match against Cade Spisak of Bryan. Torres won by fall (3:14) and took second in the weight class after falling to Brodie Dominique of Archbold 5-0 in the title bout.

Archbold would pick up their first championship of the day as Brodie Dominique defeated Wauseon’s Benicio Torres 5-0 in the 144-pound title bout.

Wauseon was able to get back on the title train at 150 pounds as Manny Gante handled Xander Meyers from Liberty Center 5-1 for his championship.

Owen Johnson of Liberty Center took the crown at 190 pounds with a 5-4 decision over Archbold junior Hayden Dickman.

The day wrapped up with Dylan Aeschliman of Archbold beating Delta’s Rollin Robinson (8-0 MD) at 215lbs and Austin Kohlhofer from Delta taking the 285-pound championship by defeating Owen Box of Liberty Center (fall 2:31).