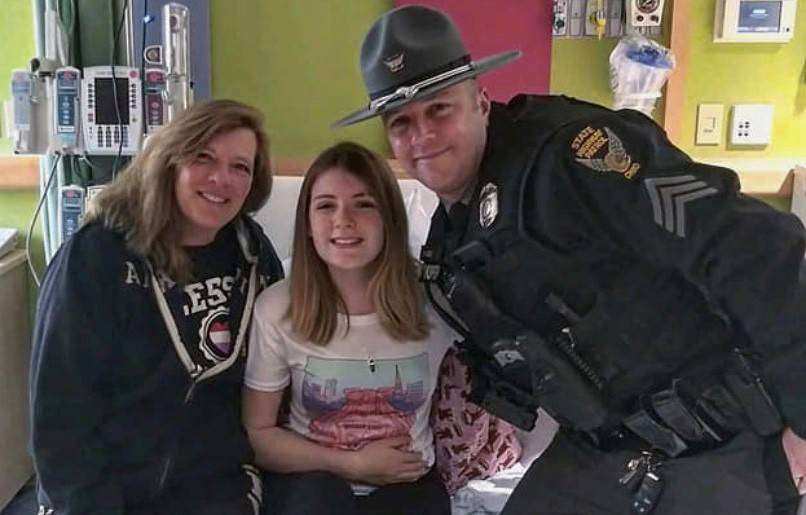 When he went to see what all the commotion was about, he found a 9-year-old female pedestrian that had been struck by a vehicle.  The Ohio State Highway Patrol said in a Facebook post, “Sgt. Kaess realized that the young girl was trapped under the vehicle’s left front tire and was bleeding profusely from her lower right leg.

Sgt. Kaess has prior EMT training and immediately began treating the most serious injury. Sgt. Kaess applied pressure to femoral artery to significantly slow the bleeding until he was relieved by paramedics.”

The two reunited after Katherine’s 20th surgery on February 5, 2020 at University Hospitals Rainbow Babies & Children’s Hospital in Cleveland. During the visit Sgt. Kaess learned that he was credited with saving Katherine’s life.

The Ohio State Highway Patrol wrote “they explained to him that even the Life Flight crew praised what Sgt. Kaess did and how that most certainly kept her alive by slowing down the blood loss. Katherine is now 16 years old and has a very bright future ahead of her.”

Debbie can be reached at publisher@thevillagereporter.com