(Paid Content) BRYAN BOARD OF PUBLIC AFFAIRS: Board Faces Making Decision About Future Of Cable TV 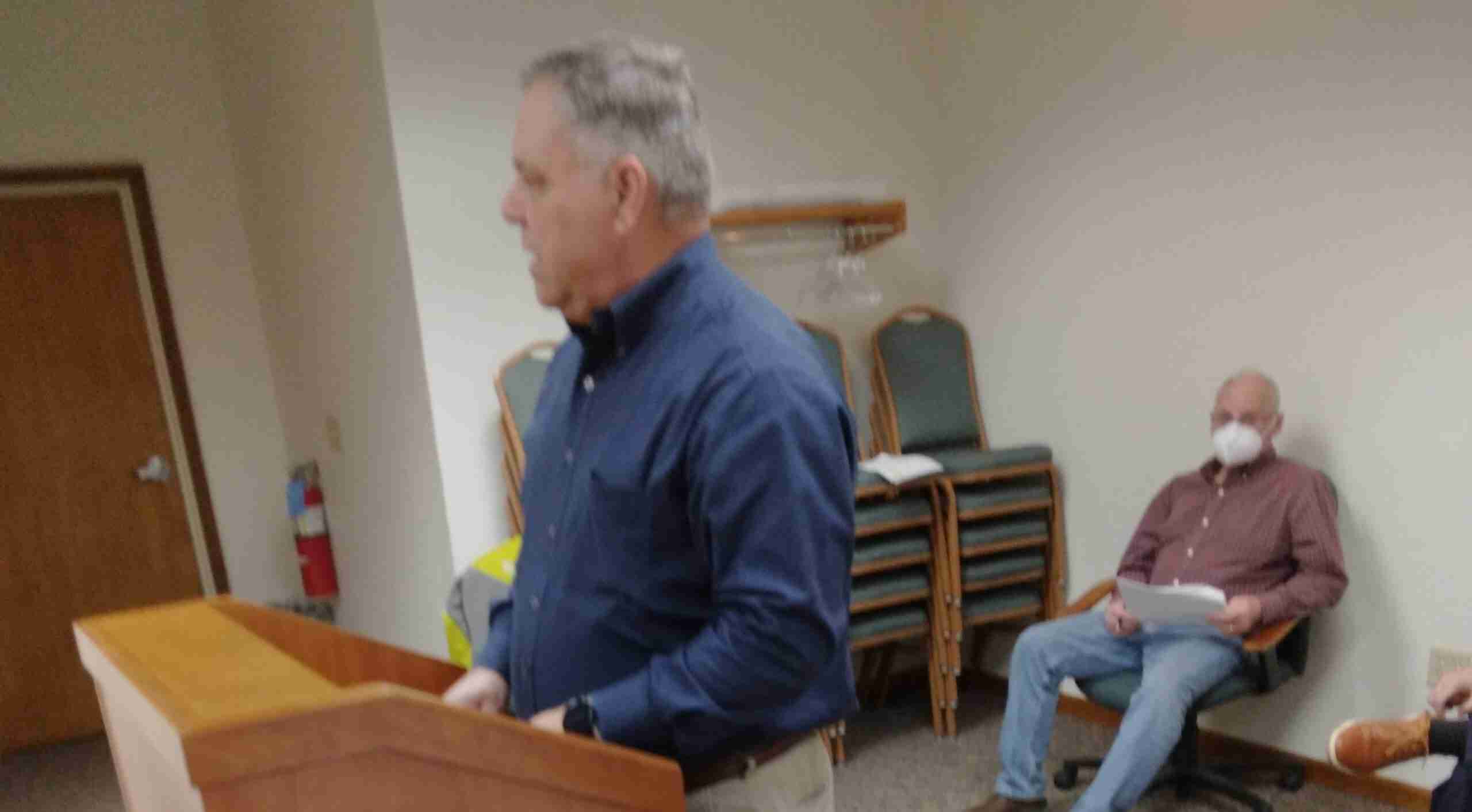 DECISION TO BE MADE … Joe Ferrell, Bryan Communications Superintendent, gave some statistics that showed that Bryan’s cable TV is losing money and its fate will need to be discussed soon. (PHOTO BY DANIEL COOLEY, STAFF)

The Bryan Board of Public Affairs (BPA) March 15 meeting began with the Pledge of Allegiance, followed by roll call. All five board members, Tom Sprow, Karen Ford, Dick Long, Annette Schreiner and Jim Salsbury, were present.

In the first order of business, the BPA approved of the meeting minutes from the March 1 meeting.

Next, the BPA approved of the clerk-treasurer’s report from February. The BPA then approved of Resolution 16, which improved internet speed for residents and businesses.

Next, the BPA approved of the hiring of Megan Wiler, for probationary account clerk. Thirty people applied for the position and it was then whittled down to 10 interviews.

That was followed by the BPA approving of the request to post a water superintendent position. This position has been open since January.

Joe Ferrell, Communications Superintendent, reported that the number of cable TV customers has been declining each year, to the point where the number of subscribers has reached its lowest point in more than 20 years. That has led to losing money on the product.

“We don’t need to make a decision on cable TV at this point, but we will need to in the near future, maybe even at the next meeting,” Ferrell said. “But it does not affect internet services.”

Mayor Carrie Schlade encouraged the community to use Bryan Municipal Utilities (BMU) for cable and internet services. The BPA then approved of the paying of the bills.

Next, Nate Gardner announced that training on the new software is coming together and will be discussed more, at the next meeting.

Schlade said that the new garbage pickup will be discussed at the city council’s April 4 meeting.

Sprow gave congratulations on the new hiring and thanked Gardner and Ferrell for their presentations.

Long said he is looking forward to meeting the new hire. Ford, Schreiner and Salsbury all commented on the cable TV problem. “We’ll give (cable TV) some hard thought,” Salsbury said,